Thursday’s ad is for Rheingold, from 1953. In the early 1950s, Rheingold recruited a number of prominent celebrities to do ads for them, all using the tagline: “My beer is Rheingold — the Dry beer!” In this ad, American singer, actor, film producer, film director and studio head Dick Powell who by this time was working as a director talked about how many things are just better “with someone,” like “sharing a favorite sport” or “a favorite beer” like Rheingold Extra Dry beer. 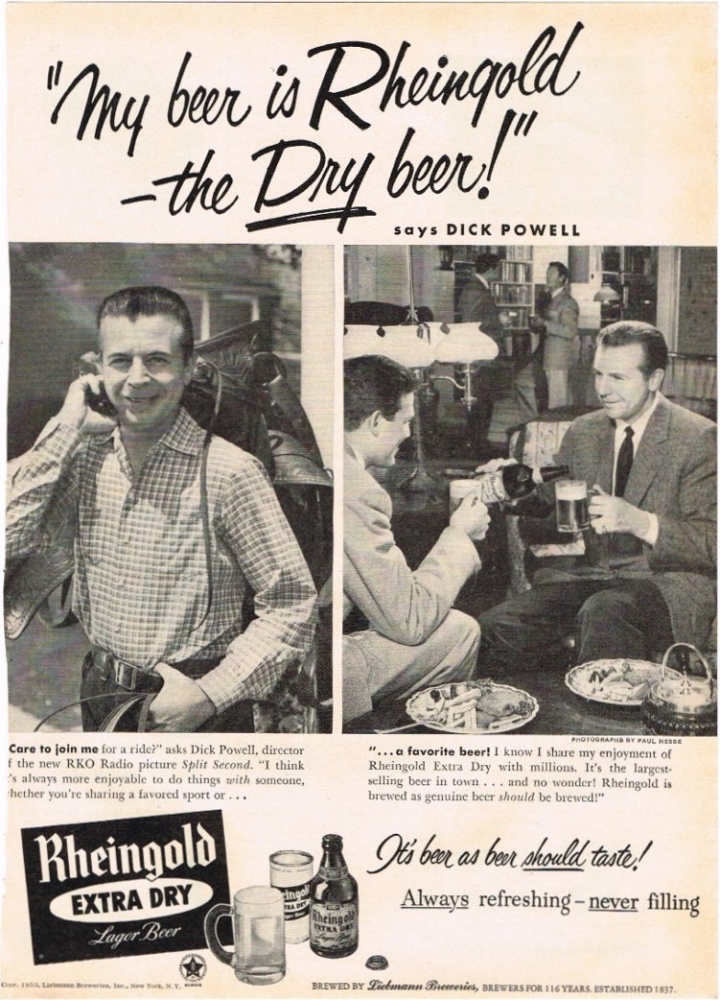