Monday’s ad is for Rheingold, from 1951. In the late 1940s and early 1950s, Rheingold recruited a number of prominent celebrities to do ads for them, all using the tagline: “My beer is Rheingold — the Dry beer!” In this ad, Spanish-American bandleader and native of Spain who spent his formative years in Havana, Cuba, Xavier Cugat says how happy he is, and that he’s always happiest when he comes back from the road to his adopted home of New York City, which also has his favorite beer. And no it’s not Hatuey but Rheingold Extra Dry. 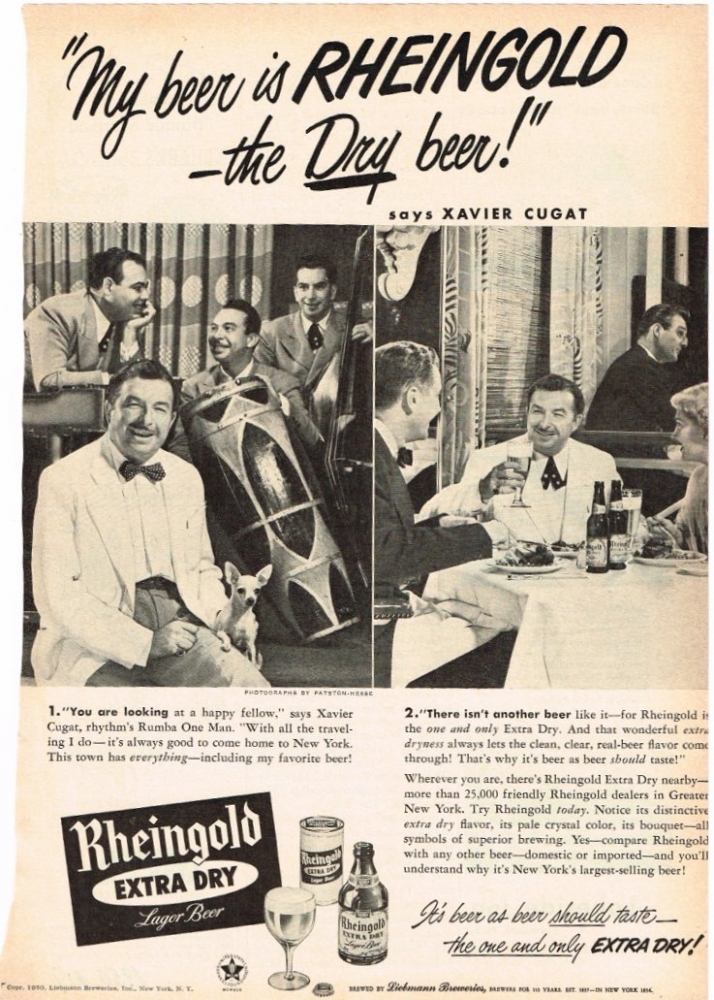