Tuesday’s ad is for Rheingold, from 1949. In the late 1940s and 1950s, Rheingold recruited a number of prominent celebrities to do ads for them, all using the tagline: “My beer is Rheingold — the Dry beer!” In this ad, English stage, screen and radio actor Herbert Marshall explains that while he likes variety in the roles he chooses to play, he prefers to stick to just one beer, Rheingold Extra Dry. 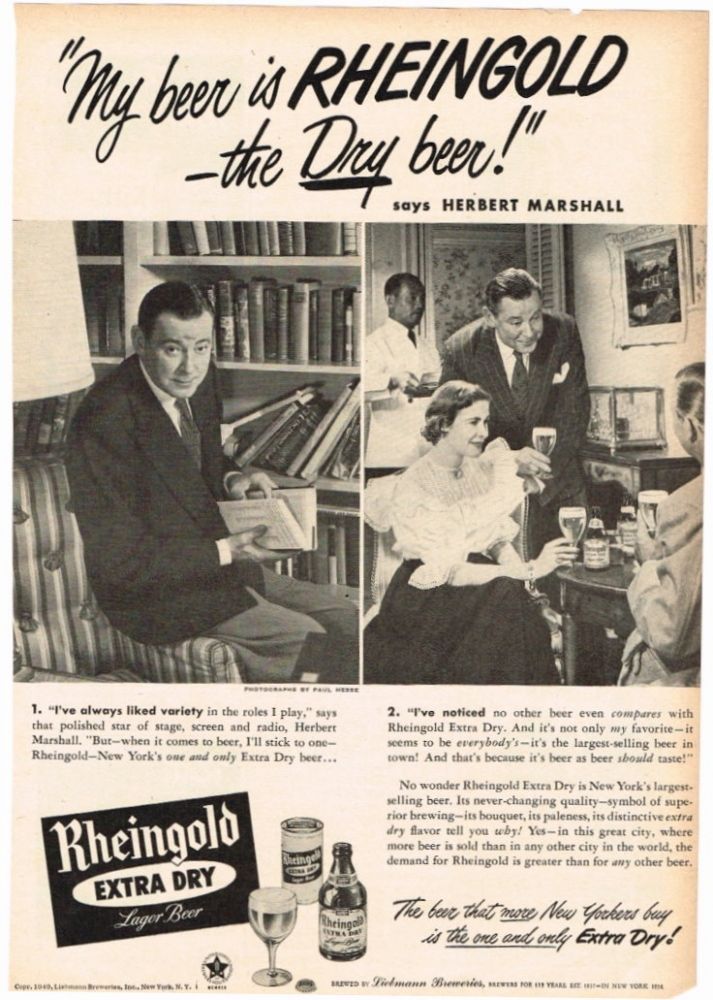