You are here: Home / Art & Beer / Beer In Ads #2544: My Beer Is Rheingold Says Mercedes McCambridge

Wednesday’s ad is for Rheingold, from 1950. In the late 1940s and 1950s, Rheingold recruited a number of prominent celebrities to do ads for them, all using the tagline: “My beer is Rheingold — the Dry beer!” In this ad, American actress of radio, stage, film, and television Mercedes McCambridge talks about chasing rainbows but contrasts that by saying “nowhere [has she] found a beer to compare with New York’s one and only Extra Dry beer — Rheingold!” 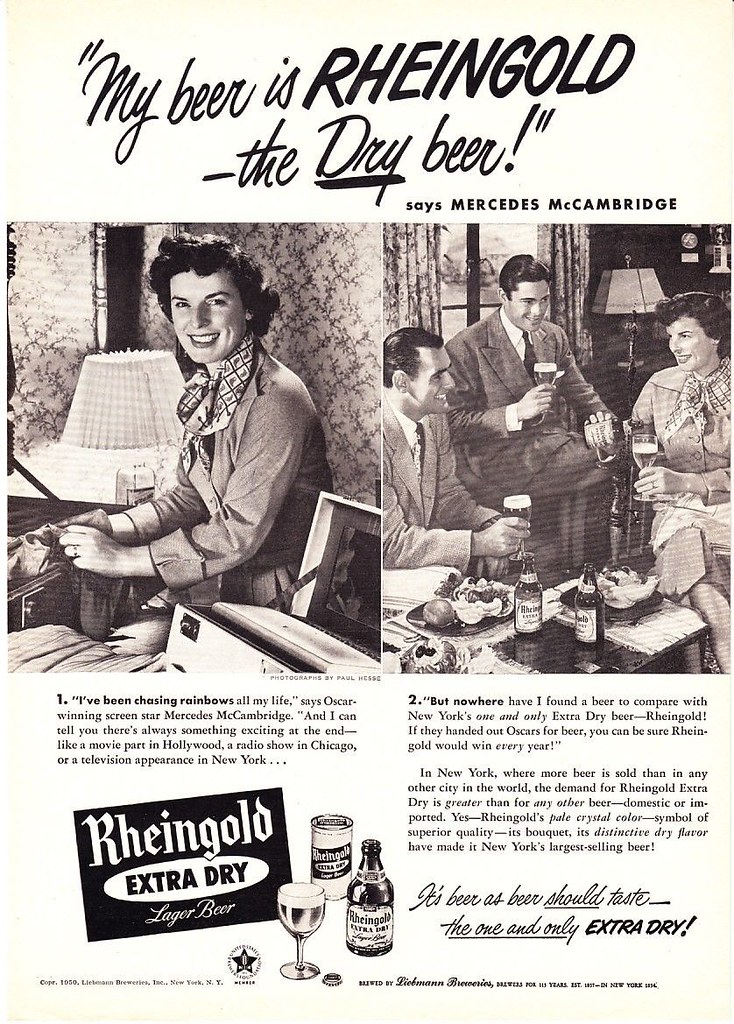