Thursday’s ad is for Rheingold, from 1948. In the late 1940s and 1950s, Rheingold recruited a number of prominent celebrities to do ads for them, all using the tagline: “My beer is Rheingold — the Dry beer!” In this ad, American actor Adolphe Menjou tells the story about the time he was fitted for four suits in a Paris Railway as an illustration of how much of a connoisseur he is, beer connoisseur even, and declaring Rheingold Extra Dry the best. 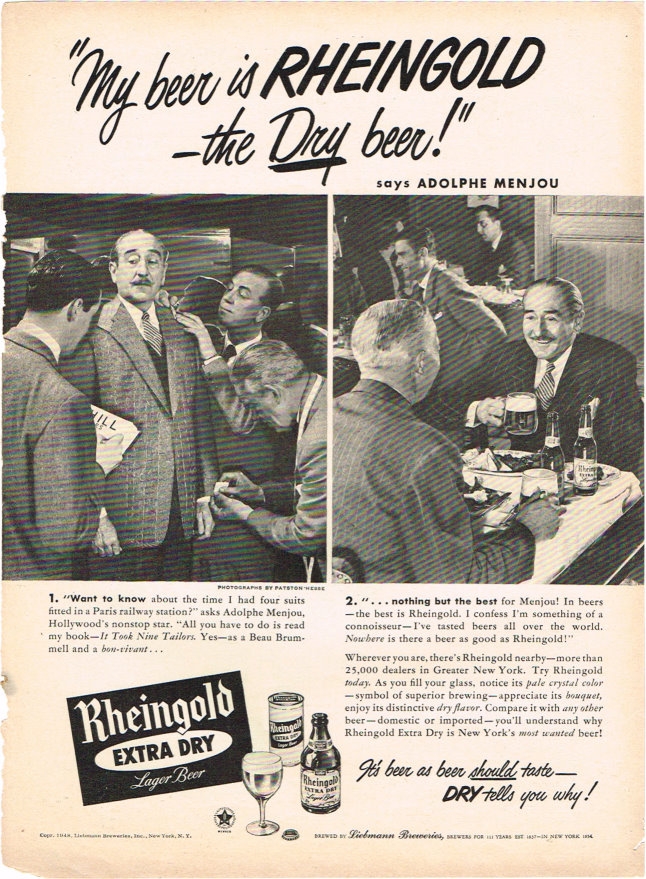 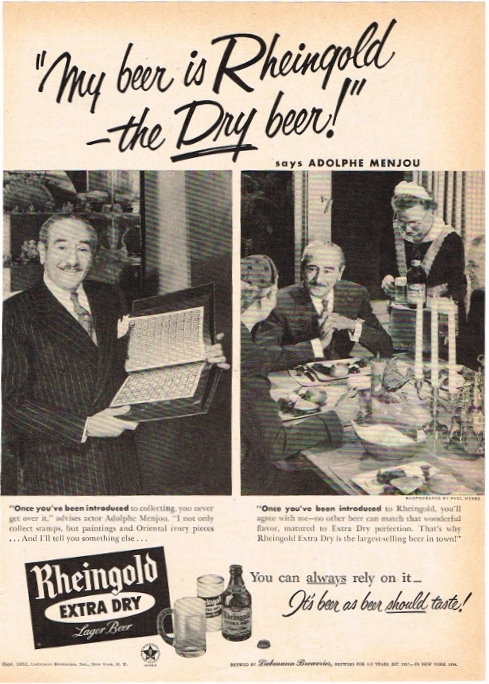