Monday’s ad is for Rheingold, from 1949. In the 1940s and 1950s, Rheingold recruited a number of prominent celebrities to do ads for them, all using the tagline: “My beer is Rheingold — the Dry beer!” In this ad, it features Anglo-Indian actress Merle Oberon. “She began her film career in British films as Anne Boleyn in The Private Life of Henry VIII (1933). After her success in The Scarlet Pimpernel (1934), she traveled to the United States to make films for Samuel Goldwyn. She was nominated for an Academy Award for Best Actress for her performance in The Dark Angel (1935). A traffic collision in 1937 caused facial injuries that could have ended her career, but she recovered and remained active in film and television until 1973.” In this ad, she says that she’s very superstitious and that most people she knows don’t agree with her superstitions, although they all do agree to drink Rheingold Extra Dry. 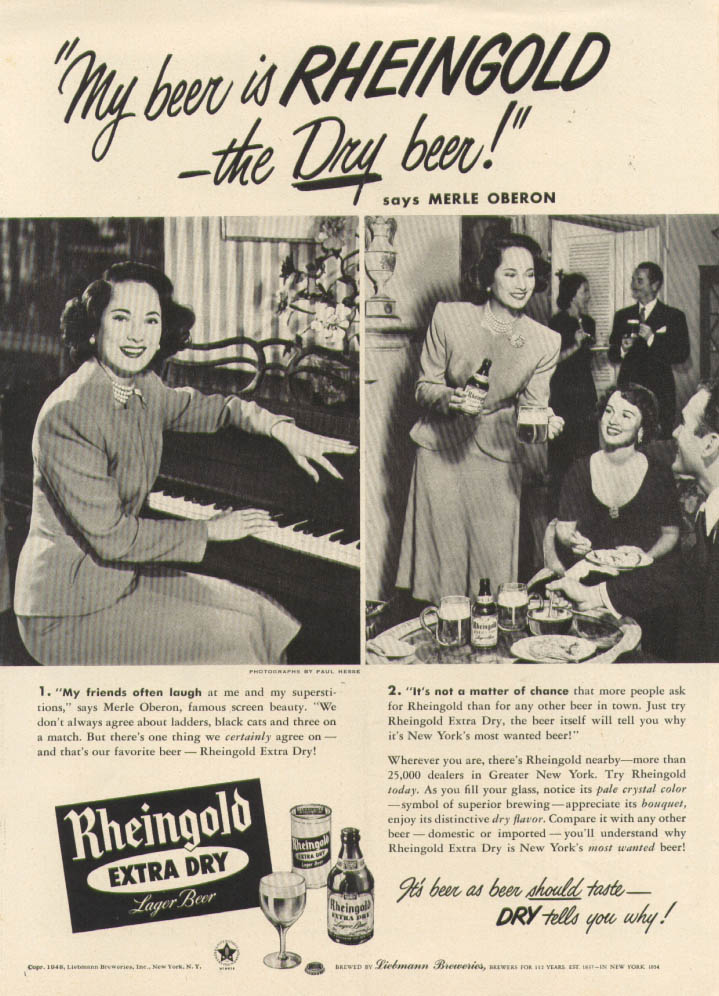