Friday’s ad is for Rheingold, from 1955. In the 1940s and 1950s, Rheingold recruited a number of prominent celebrities to do ads for them, all using the tagline: “My beer is Rheingold — the Dry beer!” In this ad, it features American soprano, entertainer and philanthropist Marguerite Piazza. In this ad, Piazza says she enjoys singing for her supper (she spent her later career working in supper clubs) and that on most tables as she performs she sees Rheingold Extra Dry. 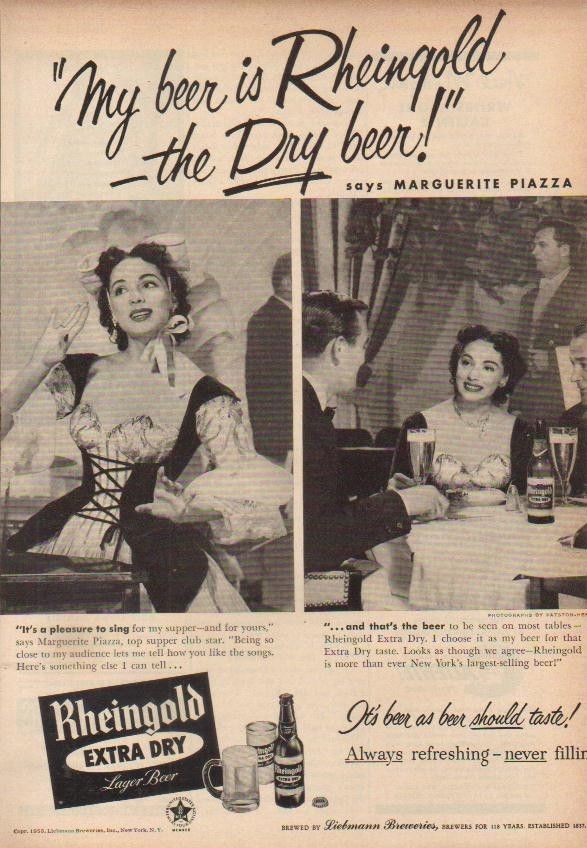