You are here: Home / Beers / Beer In Ads #2587: My Beer Is Rheingold Says Phyllis Brooks

Thursday’s ad is for Rheingold, from 1941. In the 1940s and 1950s, Rheingold recruited a number of prominent celebrities to do ads for them, all using the tagline: “My beer is Rheingold — the Dry beer!” This ad features American actress and model Phyllis Brooks. In this ad, when Brooks was playing Panama Hattie on Broadway, she says it’s easy to understand the popularity of her hit show by comparing it to the popularity of Rheingold Extra Dry. 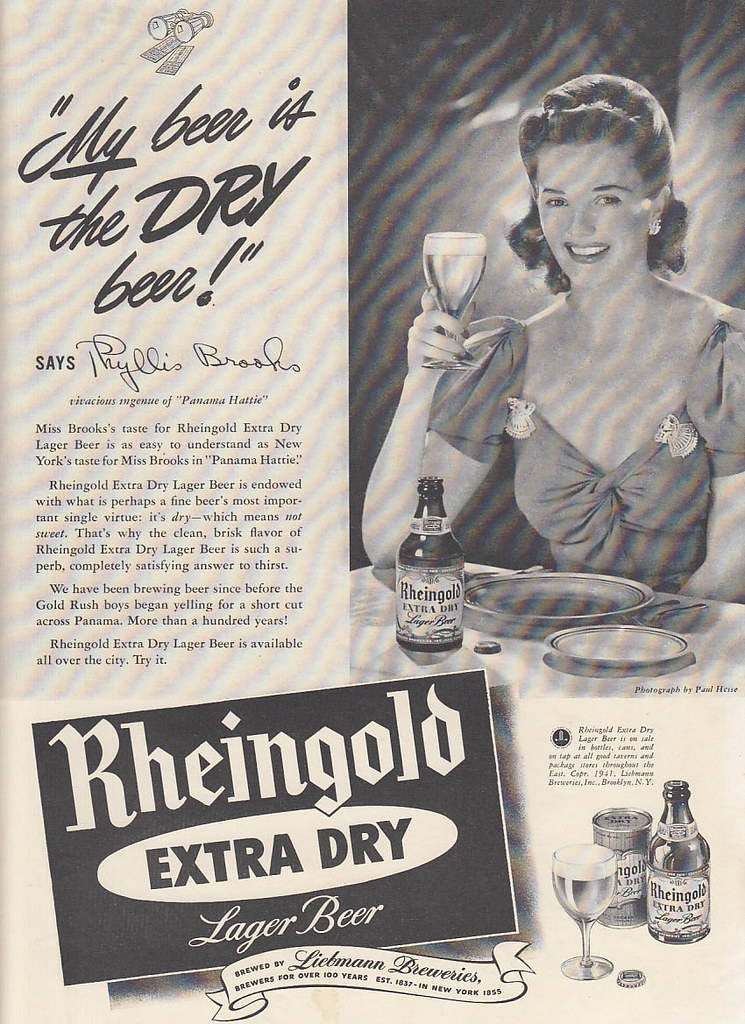