Thursday’s ad is for Rheingold, from 1940. In the 1940s and 1950s, Rheingold recruited a number of prominent celebrities to do ads for them, all using the tagline: “My beer is Rheingold — the Dry beer!” This ad features American professional baseball player, manager and coach Leo Durocher. “He played in Major League Baseball as an infielder. Upon his retirement, he ranked fifth all-time among managers with 2,009 career victories, second only to John McGraw in National League history. Durocher still ranks tenth in career wins by a manager. A controversial and outspoken character, Durocher had a stormy career dogged by clashes with authority, the baseball commissioner, umpires (his 95 career ejections as a manager trailed only McGraw when he retired, and still rank fourth on the all-time list), and the press. Durocher was elected to the Baseball Hall of Fame in 1994.” In this ad, Durocher is pouring himself a Rheingold Extra Dry, declaring “it’s a hit.” 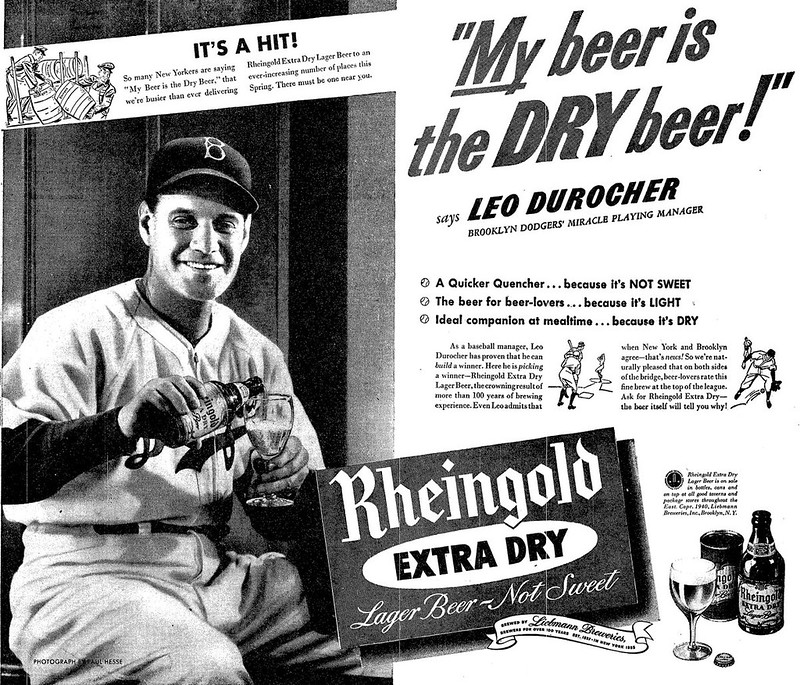