Wednesday’s ad is for is by Ballantine Ale, from 1957. In the 1950s, Ballantine advertised the hop variety “Brewer’s Gold” as “a rare strain of choice hops” and even registered it as a trade-mark, although Brewers Gold is widely available today. In this ad, two couples are enjoying a swim at a swimming pool. The smarter couple is already out of the pool and pouring themselves a beer. But at least they’ve poured beers for the other pair as they lag behind but are finally coming to join them. 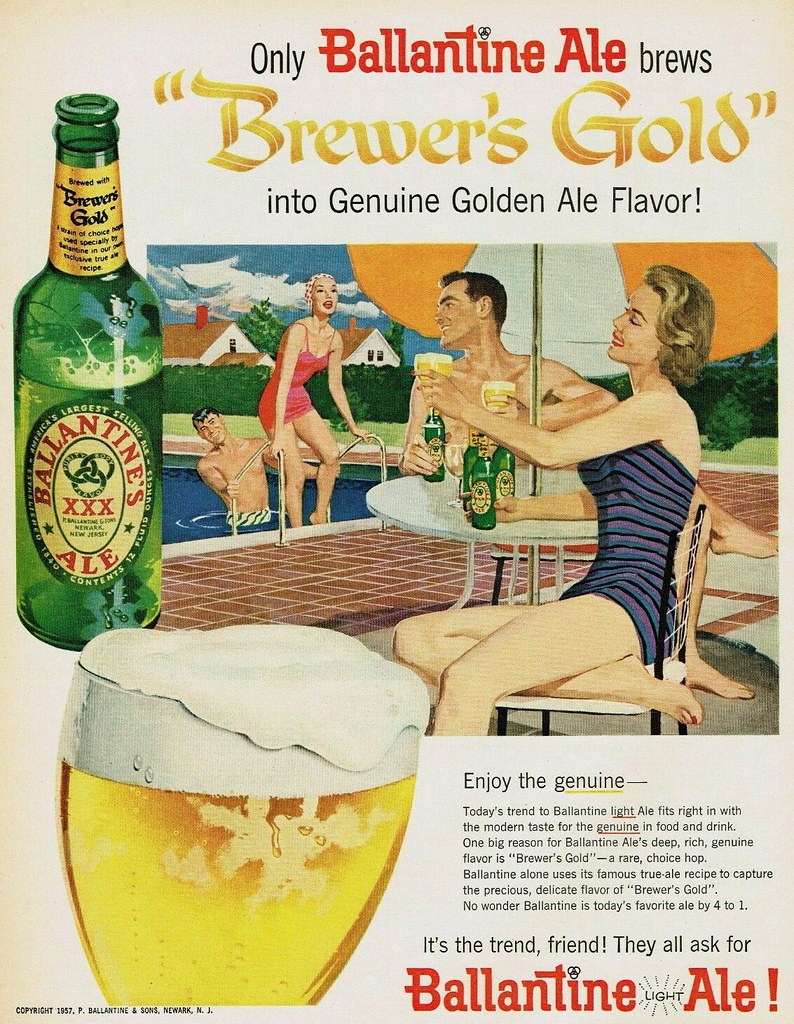