Today would have been Bill Brand’s 82nd birthday, if not for the tragic events of February 8, 2009. Bill, of course, was hit by a Muni Train that evening and passed away twelve days later, on February 20. He was a bastion of support for the local beer community for decades, and one of it’s most visible media faces. He did a staggering amount of good to help brewers throughout the Bay Area, and wrote about the beer he loved so much with an unmatched passion and zeal. His Bottoms Up blog was read by millions, the newest form of his What’s On Tap newsletter that stretched back into the early 1990s. It was my great honor to take over his column and try to continue his legacy of support for craft brewers in the Bay Area and beyond. Drink a toast to the memory and legacy of William “Bill” Brand today. Happy birthday Bill, you are most certainly missed. 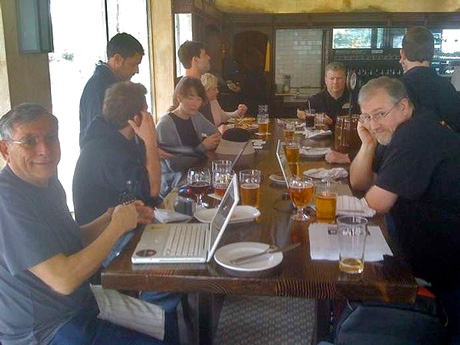 Dueling laptops; Bill and me at Magnolia on February 6 for the tapping of Napa Smith Original Albion Ale by Don Barkley. Photo by Shaun O’Sullivan. 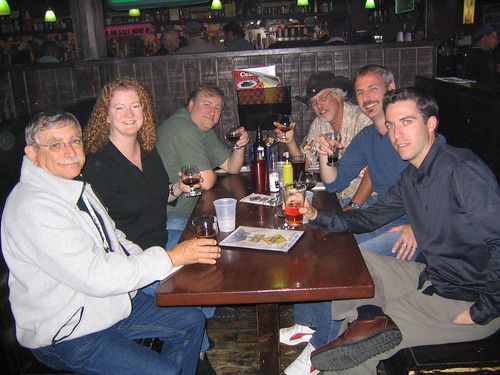 At the Falling Rock during GABF week in 2004. Clockwise from left, Bill, Lisa Morrison, me, Tom Dalldorf, Stephen Beaumont and my cousin Mike, who lived in Denver at the time. 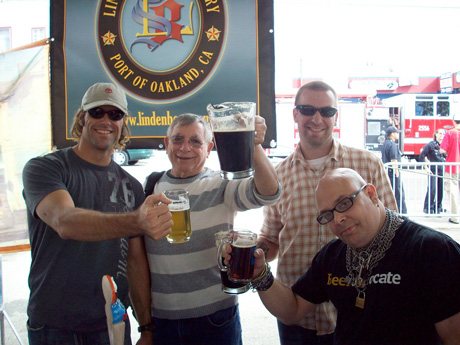 Bill toasting with a pitcher of Oakland’s new Linden Street Brewery, with Fraggle at the far right, whose birthday would also have been today. Photo by RRifkin. 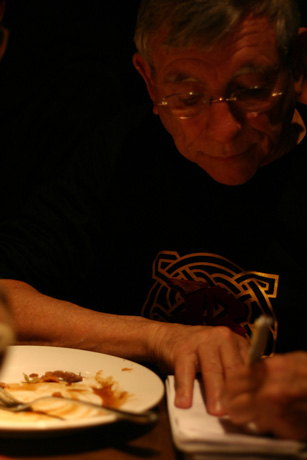 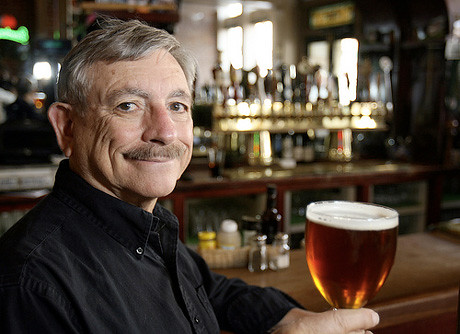 Drink a toast to Bill today, it’s how he would have wanted to be remembered.