Today is the 67th birthday of Bob Stoddard. Bob was an early beer pioneer in the San Francisco Bay Area. Originally a Miller distributor’s rep., Bob bought the original Palo Alto Brewing Co., which was started in 1983, from founder Ken Kolence two years later, in 1985. It was undercapitalized from the start, and there were some other issues, and it closed in 1987. It was also the first location to brew Pete’s Wicked Ale. A few years later, in 1993, he opened Stoddard’s Brewhouse & Eatery in Sunnyvale. By 2002, it was successful enough to open a second location in Campbell. Unfortunately, the new location was too large to be sustainable and today the original location is the FireHouse Grill & Brewery and the newer one is Campbell Brewing Company/Sonoma Chicken Coop. I attended the grand opening of the Campbel brewpub, but I can’t find my photos from the event. I think that’s the last time I’ve seen Bob, but somebody told me what he’s doing these days, only I can’t remember. I’m sure someone will happily fill me in. Until then, join me in wishing Bob a very happy birthday. 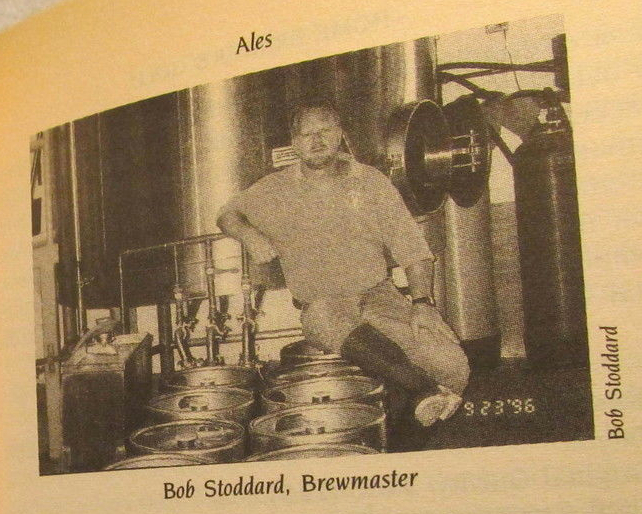 Bob, from an eBay listing for the book”Home Brewer’s Gold,” published in 1997. Surely someone must have some better photos of Bob? If so, send ’em my way, please.

And here’s part of the write-up from the same book: 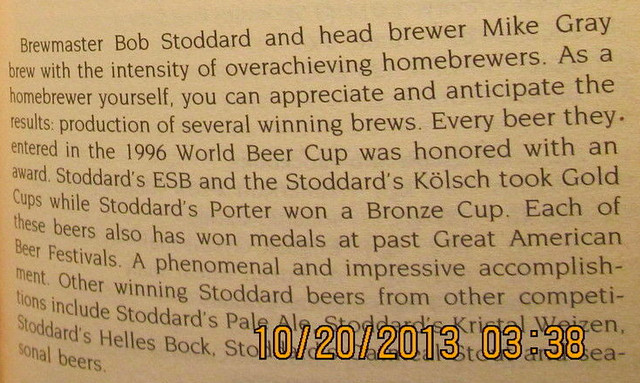