Friday’s ad is for a soft drink called Sober-Up, from 1945. While not a beer, the idea that they’d call it “Sober-Up” is too funny, and given my week at CBC in Portland coming to an end, appropriate. Apparently, “It’s A Lifesaver,” and it’s also “Fit For A King.” But the best is the other slogan on the bottle, which is something that seems almost too cheesy to be real. “It’s the Best … Beat’s the Rest.” The ad was done by Hungarian artist Julius Erbit, who also did a well-known pin-up ad for Senate Beer & Ale in 1942. 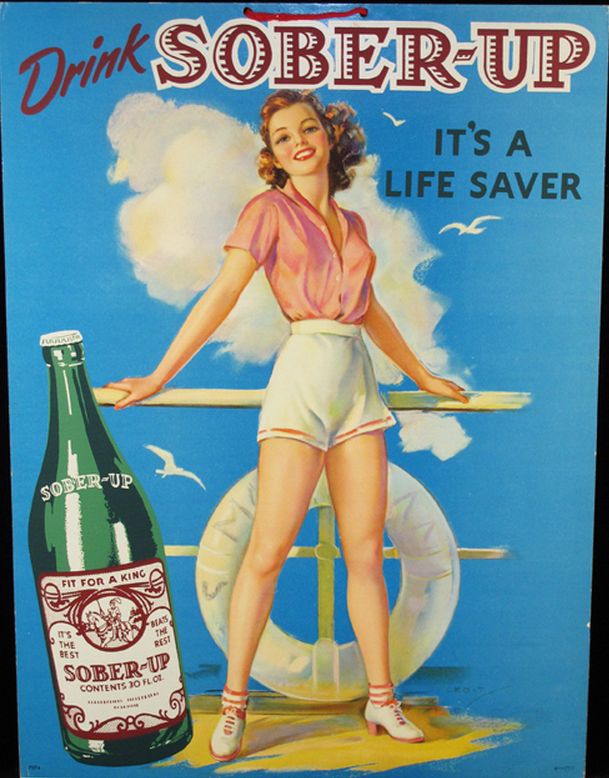