Sunday’s ad is another one for Falstaff, this one also from 1950s. In this ad, a well-dressed couple is having a waterside picnic. But they brought a fairly large, and undoubtedly heavy, red cooler filled with ice and Falstaff cans. But it’s all big smiles now as the man is opening a beer, but without watching what he’s doing, as if he was doing a magic trick. 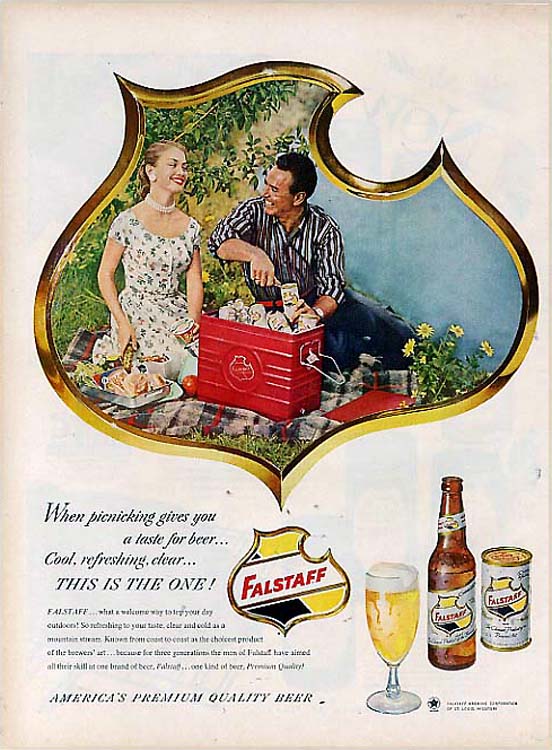