Thursday’s ad is another one for Schlitz, this one from 1947. With the tagline “International Agreement,” the ad shows four people of different backgrounds (including possibly the butler from yesterday’s ad) drinking together. But the funniest part of the ads is in the ad copy, where it says “Around a table in some far-off corner of the world …” and yet out the window that clearly looks like the Golden Gate bridge. So that means in 1947, Schlitz’s idea of a “far-off corner of the world” was San Francisco. Hilarious. 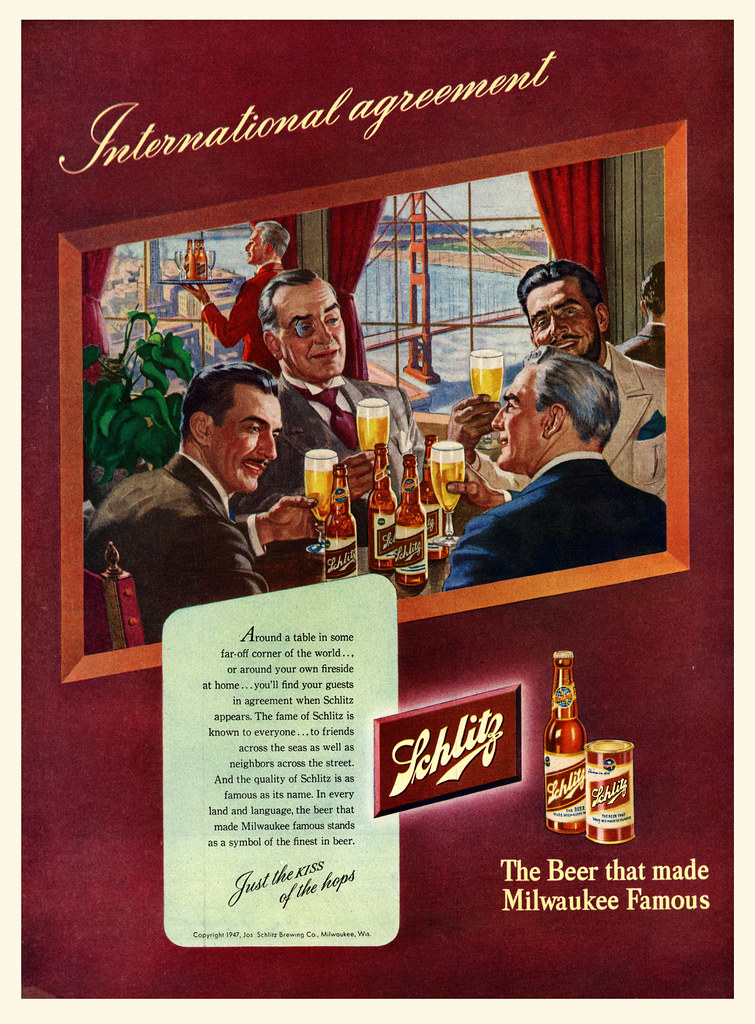