Friday’s ad is another baseball-themed one for Ballantine Premium, from 1968. This one is “Go Phillies!” and shows the three broadcasters for the Philadelphia games. The only one I recognize is Ashburn, who also used to play for the Phils (but then I was an Orioles fan as a rebellious kid). This ad also features another generic illustration of baseball action. Just what the hell is that symbol on the uniform of the player sliding into home? 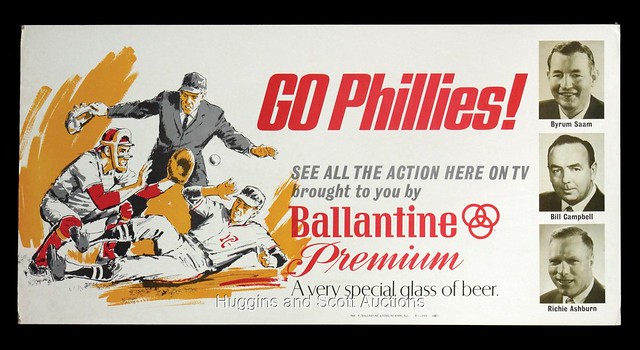