Monday’s ad is for O’Keefe’s, from 1949. The ad copy begins: “The seven-league boots of today …,” which I confess made no sense to me. Apparently seven-league boots “are an element in European folklore. The boots allow the person wearing them to take strides of seven leagues per step, resulting in great speed. The boots are often presented by a magical character to the protagonist to aid in the completion of a significant task.” In this case, it’s uniting Canada, by “shrinking time and distance … bringing our peoples closer together … that’s the role of Canadian aviation.” The Rockwell-like illustration was created by a Clare Shragge. It’s an emotionally charged painting, brimming with optimism … and beer. 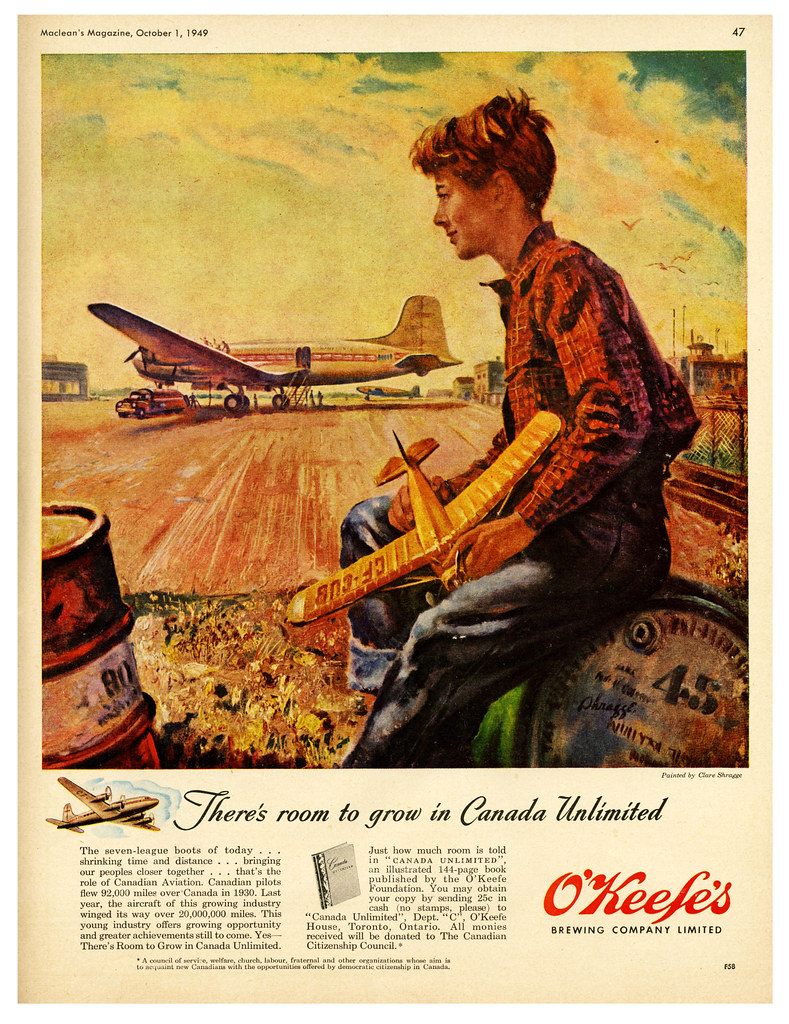