Wednesday’s ad is for Ballantine beer, from 1964. I confess I’ve gotten caught up in baseball’s playoffs this year, despite the fact that the Giants didn’t make them. I don’t really care that much who gets to, and wins, the World Series (though I have a soft spot for my namesake Jays) but I’ve still enjoyed the games, and the various stories behind each team’s history. So this ad features former Yankee catcher, and later Mets’ coach, Yogi Berra. What might he say on Back to the Future Day? “The future ain’t what it used to be.” 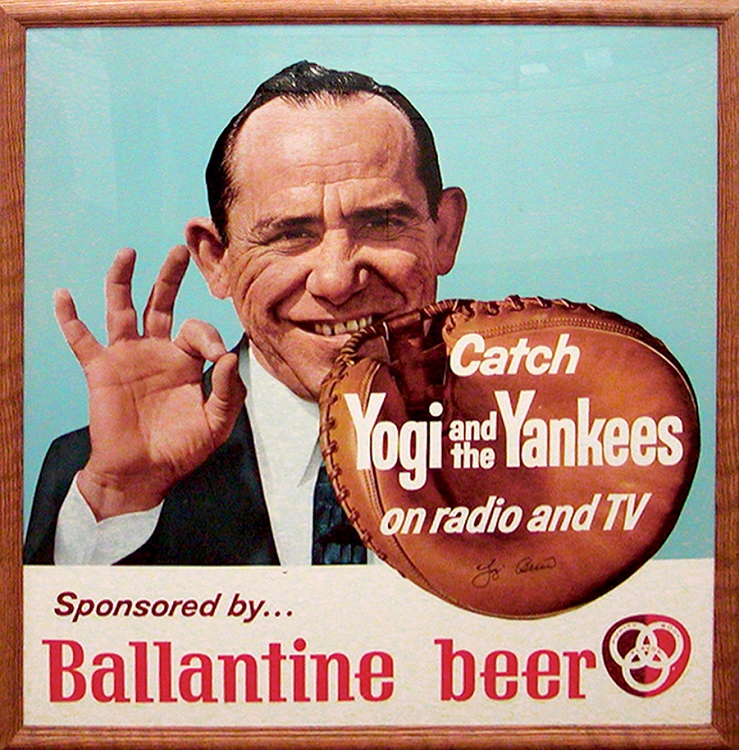