Sunday’s ad is for Rheingold beer, from 1940. Grantland Rice was a famous sportwriter, apparently known for his “elegant prose.” It’s also his birthday today. He wrote the sentiment that it’s not whether you won or lost, “But how you played the Game,” in a poem entitled “Alumnus Football.” He also did this ad for the “quicker quencher,” an odd nickname if ever there was one. 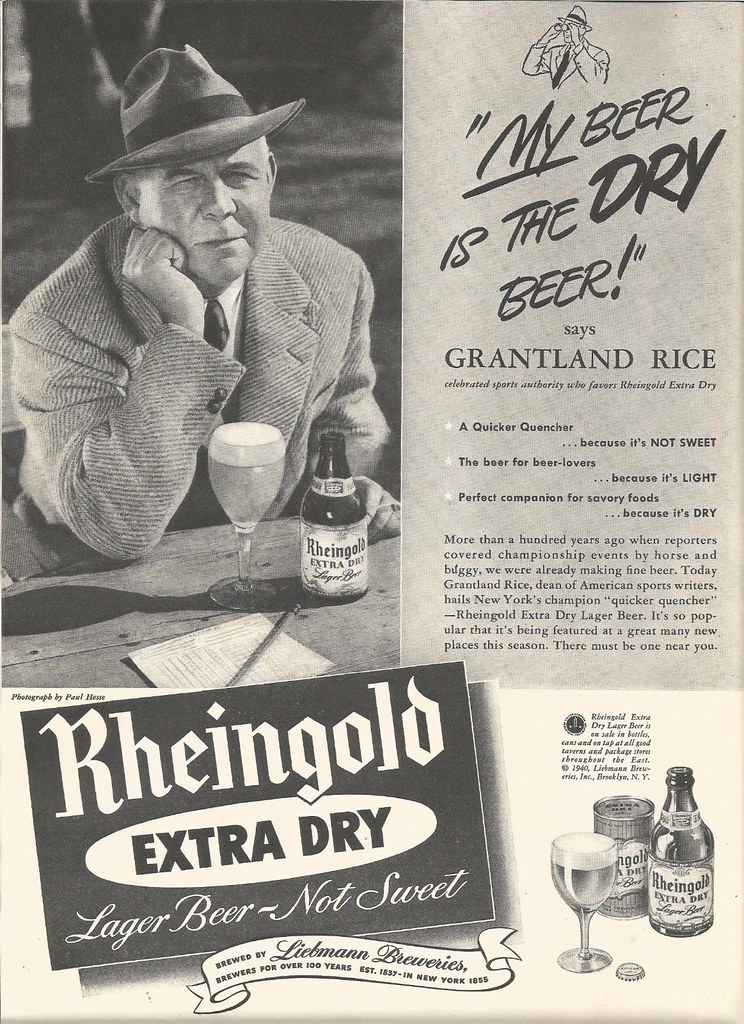