Tuesday’s ad is yet another one for Frank Fehr Brewing Co.’s Bock Beer, again probably from the 1890s. The brewery was located in Louisville, Kentucky, but started out as the Otto Brewery. Its name changed to Frank Fehr in 1890, and remained that name until it closed in 1964. In this one, a serving woman holds three beers on her tray for unseen customers, smiling and staring in their direction. Behind her, a goat is staring, not at the customers, but at the woman, and more disturbing, he’s licking his lips. What the hell kind of ad is this? 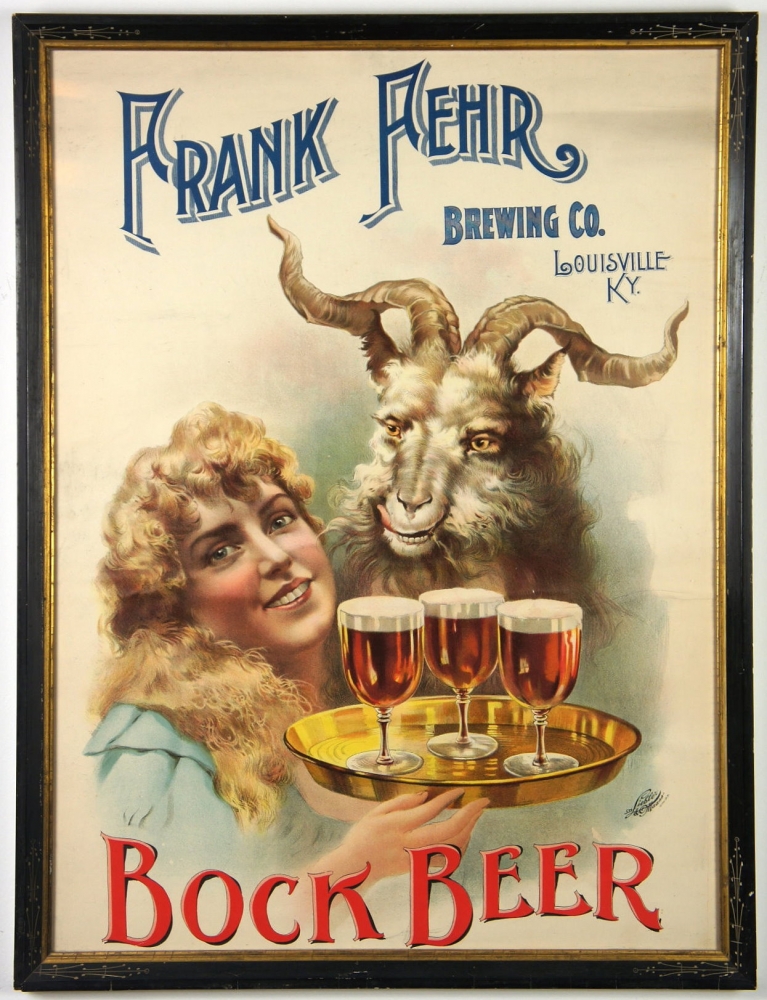