You are here: Home / Art & Beer / Beer In Ads #1814: Thomas Jefferson — “Father Of The Declaration Of Independence”

Sunday’s ad is for Budweiser, from 1915, No. 7 in a series they did in 1914-15 called “Framers of the Constitution of the U.S.A.” The seventh one features Thomas Jefferson, and tells the story of Jefferson and writing the Declaration of Independence along with some platitudes on his love of liberty, and beer, of course. It also includes what he wrote in a letter to James Madison. “A Captain Miller is about to settle in this country and establish a brewery. I wish to see this beverage become common.” 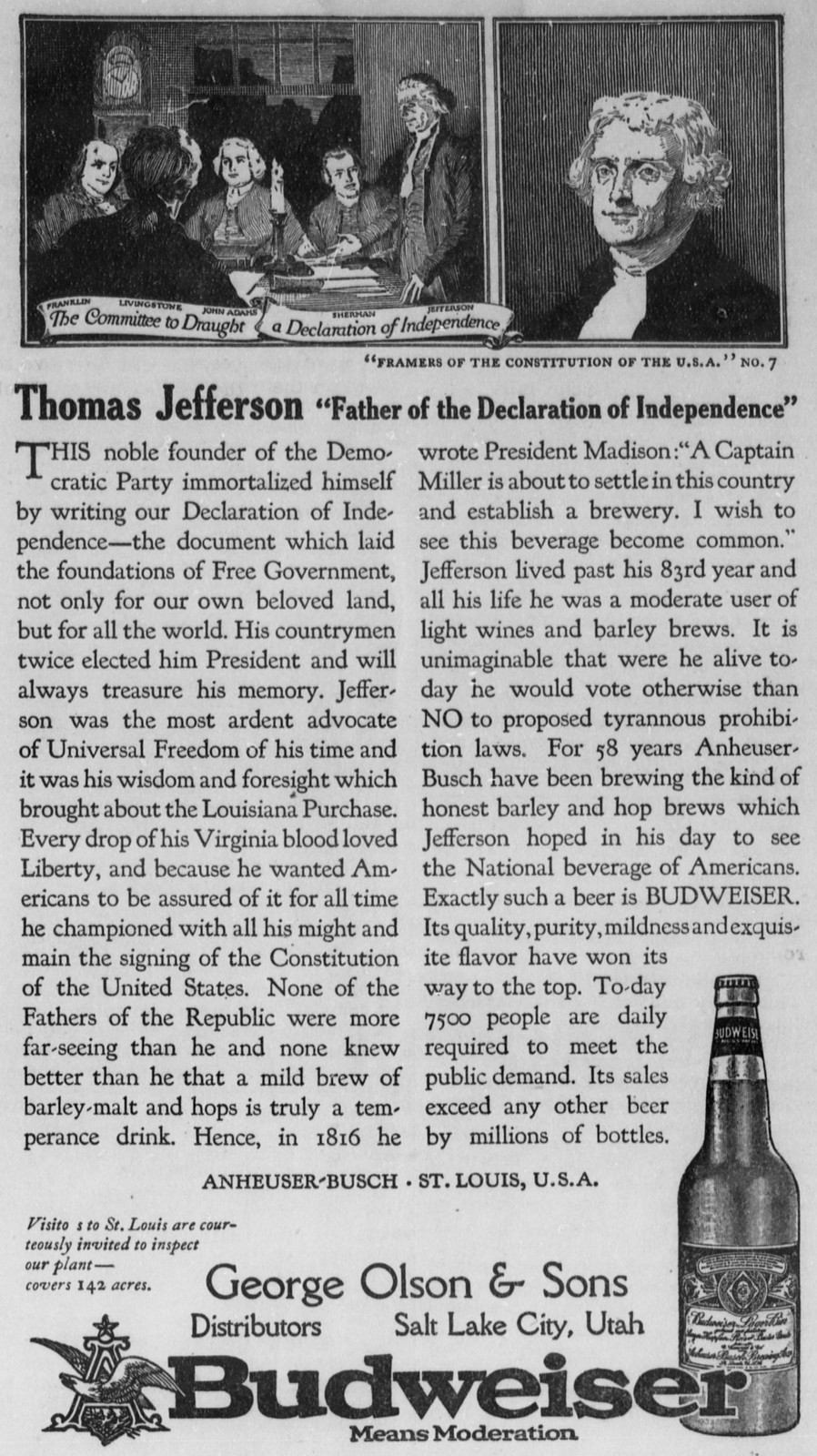