Thursday’s ad is for is by Ballantine Ale, from 1957. In the 1950s, Ballantine advertised the hop variety “Brewer’s Gold” as “a rare strain of choice hops” and even registered it as a trade-mark, although Brewers Gold is widely available today. In this ad, two couples are meeting at a local tavern after attending a college footbll game at “State.” One couple arrived early and is already working on their first Ballantine Ale. 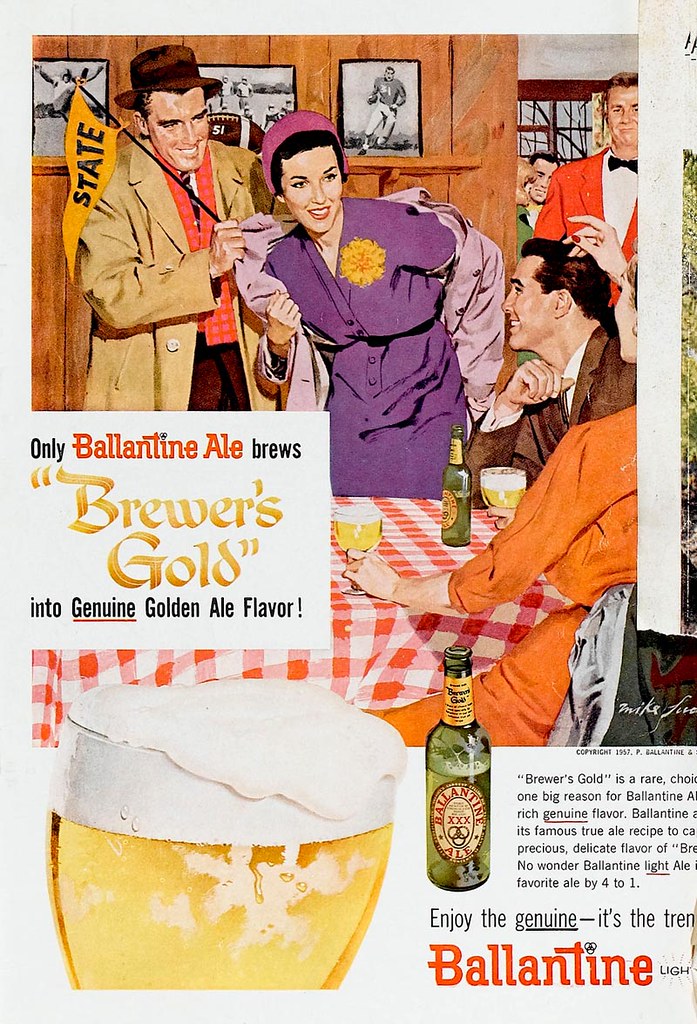 The other scan of the ad is clearer, but this one shows a little bit more of the right edge of the ad. 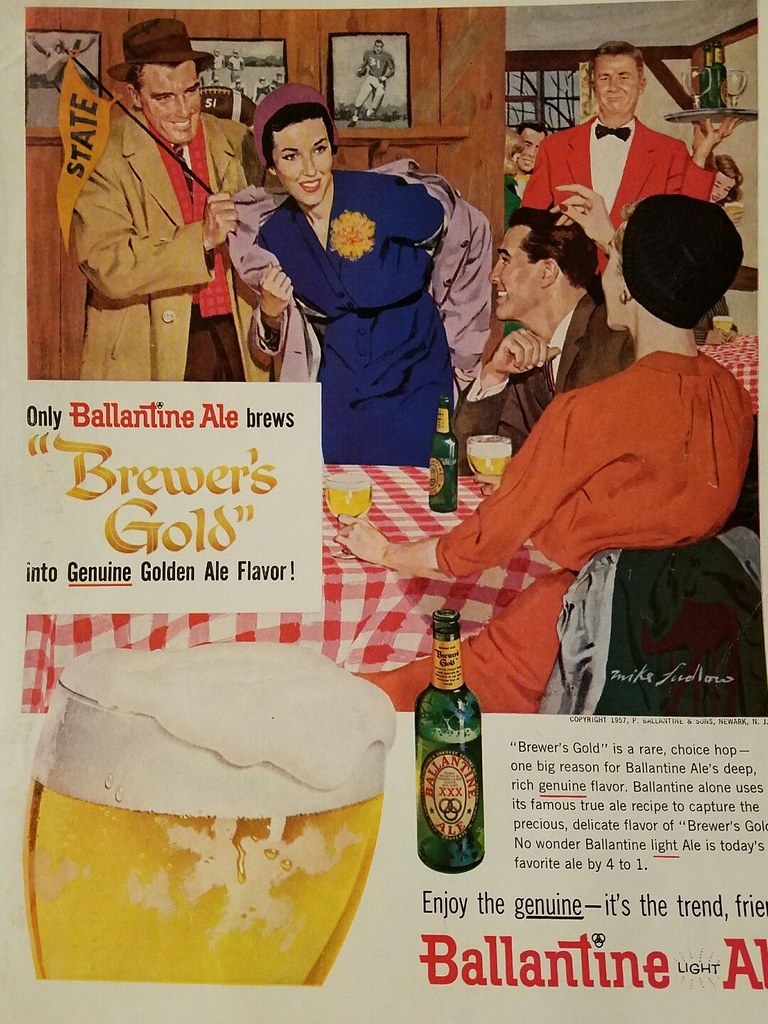