Tuesday’s ad is for Goetz Country Club Malt Liquor, from 1955. These ads are closer to when Country Club malt liquor debuted, and I found three ads that are very similar, with almost the same ad copy, but with different illustrations, but all sending the same message, that malt liquor is a “Party Brew.” “So smooth — so different! Looks inviting … tastes exciting!” 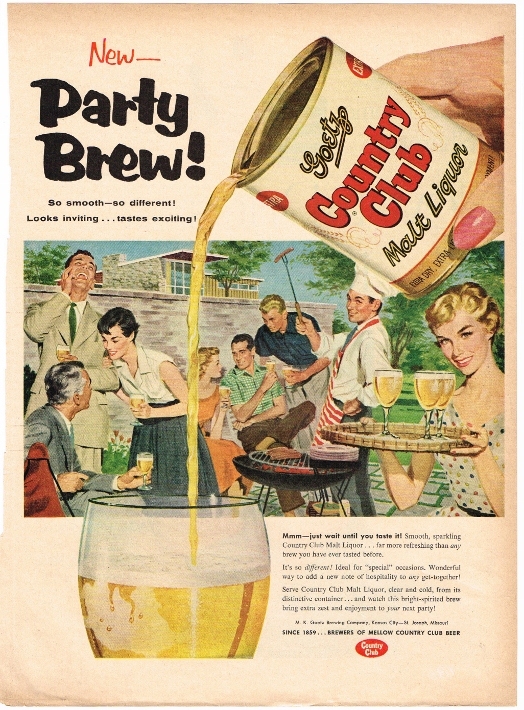 >
This one’s at a backyard barbecue. 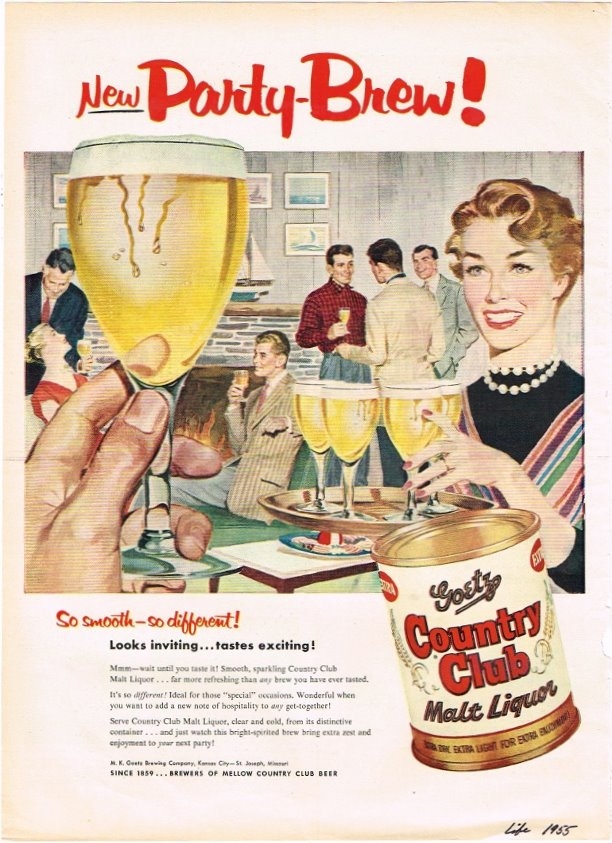 Whereas this one is inside, in what looks like a rec. room. The woman holding the beer looks like the same one from the first ad above. 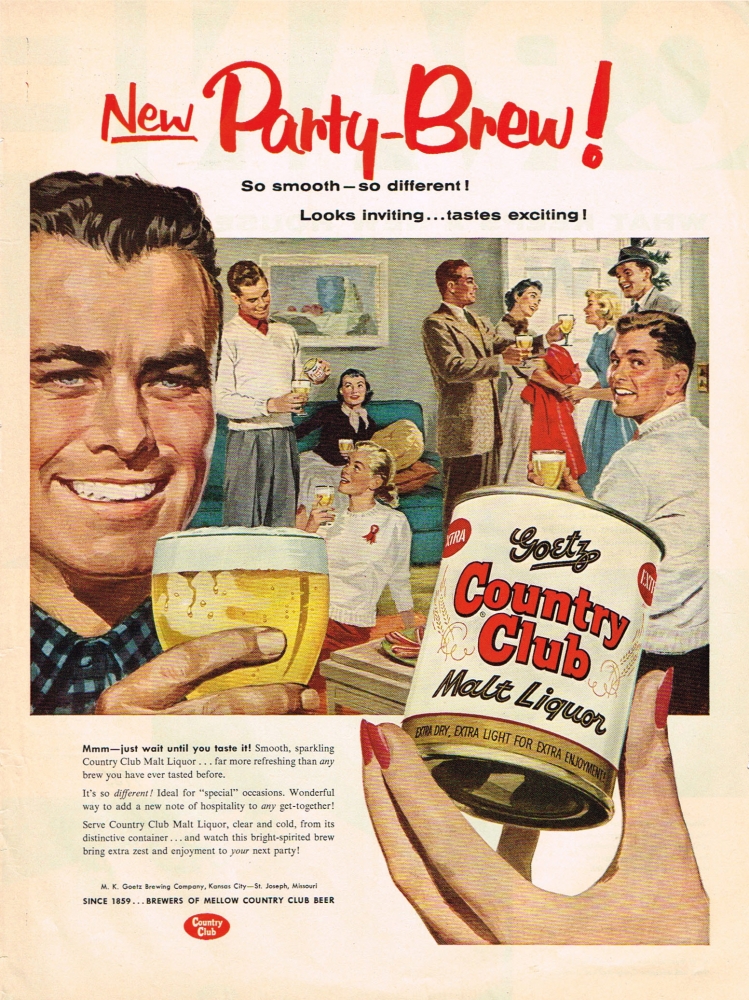 Thi last one looks like someone’s living room, or perhaps all those white sweaters means it’s a frat house or some other organization. Either way, there’s some real partying going on.