You are here: Home / Events / FredFest Coming May 15

If you’re not familiar with FredFest, it was created to mark the 80th birthday of legendary Portland beer writer Fred Eckhardt. That first festival took place in 2006 and the festival became an annual event put on by Hair of the Dog Brewing. Last year’s event celebrated Fred’s 89th birthday. Unfortunately, in August of last year, Fred passed away, which means this will be the first FredFest that he will be unable to attend. Hair of the Dog brewmaster and owner, Alan Sprints, wants to make this year a special one and make the festival a celebration of Fred’s life and his contributions to craft beer, especially in Portland. So it certainly sounds like this is the one to be at, and I’m planning on flying up for it, as well. It’s a short hop of a flight from the Bay Area, and there will be some great beers, and people, there. 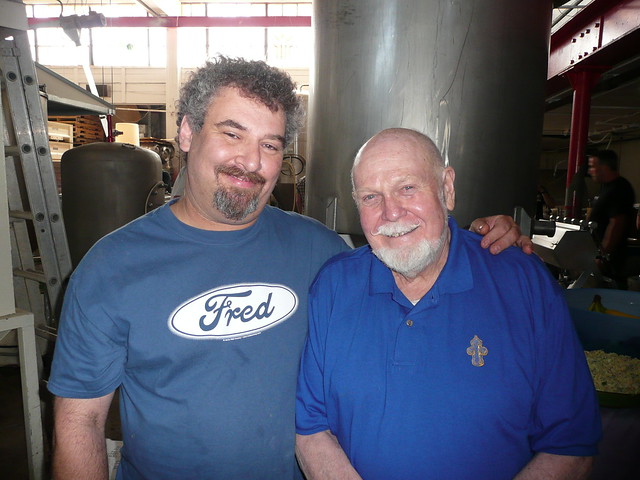 Alan Springs and Fred Eckhardt during OBF Week at the Hair of the Dog Brewery in 2008.

If you want to join me and celebrate Fred’s life, tickets are available at the Events page at Hair of the Dog. The events itself is from 1:00 to 5:00 PM on Sunday, May 15 at the Hair of the Dog Brewery located at 61 SE Yamhill Street, in Portland. A ticket gets you “a commemorative glass, endless beer food buffet, and over 25 Beers from a special selection of Brewers.” Also, since “100% of FredFest ticket sales go to charity” — Hair of the Dog covers all expenses for the event — they “encourage you to pay more than the suggested ticket price,” to help support the charities, which are the Mittleman Jewish Community Center (where Fred was once an instructor) and Guide Dogs for the Blind. 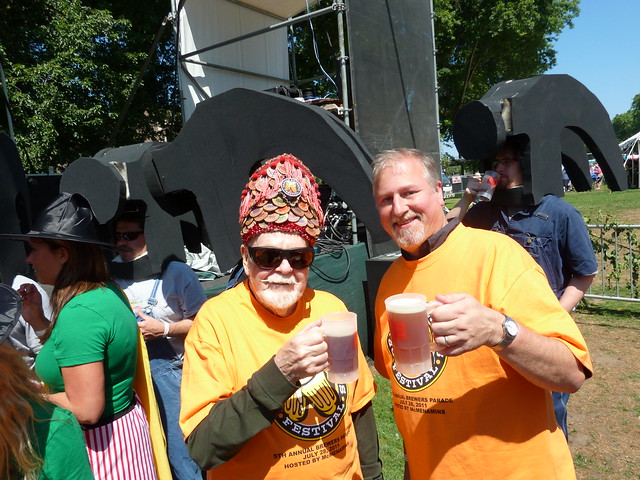 The only remaining questions are how can I get there, and “What Would Fred Drink?” (WWFD?). Figure out the first, and we’ll help with the second. See you in Portland.