Today is the birthday of Alfred Vinzenz Werthmueller (September 22, 1835-?). Werthmueller was born in Germany, and with a partner, brewed the first lager in the state of Iowa. He became part of the Wertmueller & Ende Co. Brewery in 1892 and appears to have been bought out by his partner, Charles Ende, when in 1902 the name changed to the Ende Brewing Co. It started out in Burlington, Iowa as the Union Brewery in 1856, and closed in 1915. 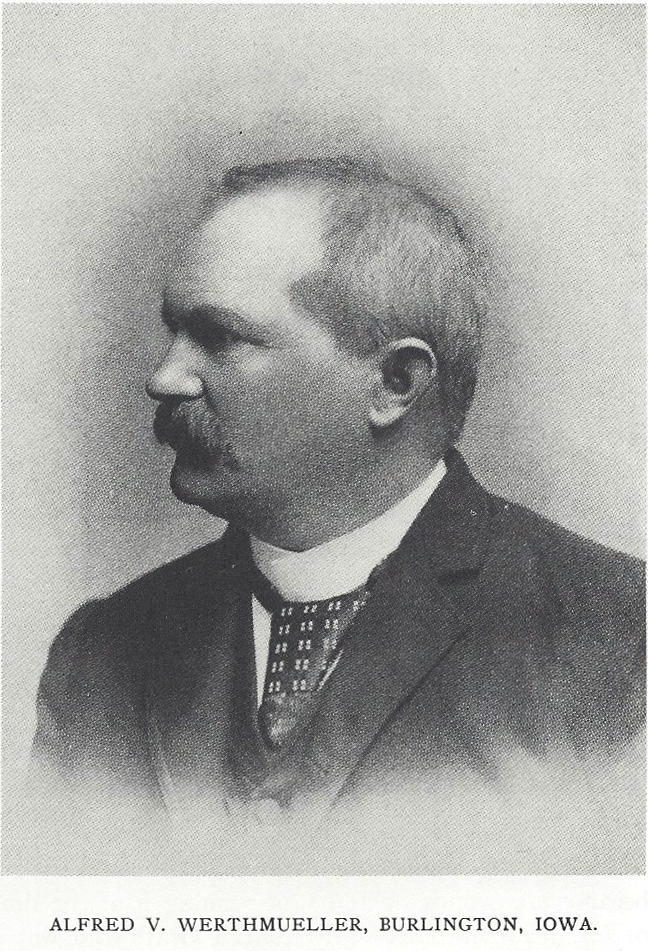 I can find almost no information about Werthmueller or even the brewery he was a partner in for ten years. He’s referred to as a brewer in USBA convention minutes, and for the Ninth Convention was still in Iowa, but during the Tenth Convention he’s listed as a representative of G. Bosch & Co. I can’t find any information about G. Bosch & Co., although there was a Bosch Brewery in Michigan from 1874 to 1973. But it was founded by a Joseph Bosch, so it may have been a different company. But that’s all I could find, and nothing about his later life or where he ended up.

Here’s an account of the brewery from “100 Years of Brewing:” 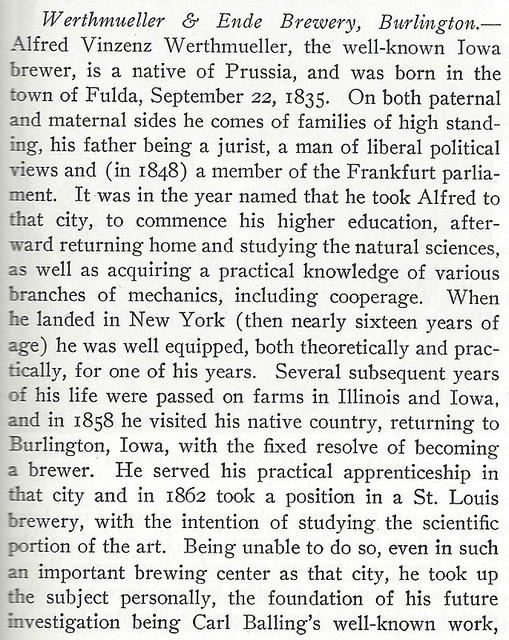