Today is the birthday of Ernst F. Baruth (April 28, 1842-February 1906). While what would become Anchor Brewing began during the California Gold Rush when Gottlieb Brekle arrived from Germany and began brewing in San Francisco at what he called the Golden City Brewery, it didn’t become known as Anchor Brewing until 1896, when “Ernst F. Baruth and his son-in-law, Otto Schinkel, Jr., bought the old brewery on Pacific Avenue and named it Anchor. The brewery burned down in the fires that followed the 1906 earthquake, but was rebuilt at a different location in 1907.” Baruth had passed away the same year as the earthquake, shortly before it.

I did discover that he was a president of the Norddeutscher Verein (or North German Association) in 1886 as noted in this portrait from a book celebrating the organization’s 25th anniversary, or Silver Anniversary 1874-1899. 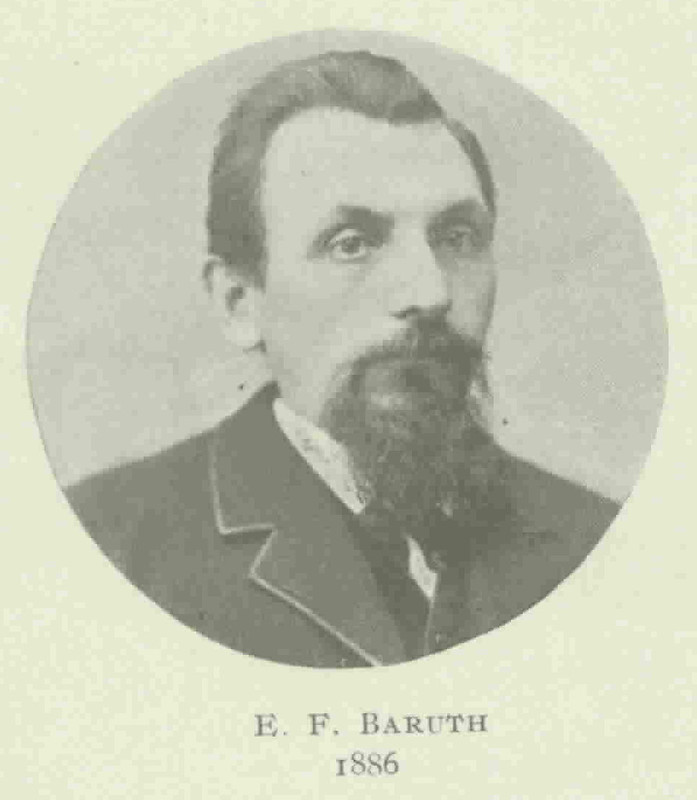 [In 1896] German brewer Ernst Frederick Baruth and his son-in-law, Otto Schinkel, Jr., bought the old brewery on Pacific (the first of six Anchor locations around the City over the years) and named it Anchor. No one knows why Baruth and Schinkel chose the name Anchor, except, perhaps, for its indirect but powerful allusion to the booming Port of San Francisco.

Surprisingly, there isn’t much biographical information about Baruth. He was born somewhere in Germany, and arrived in New York City on August 13, 1875, on a ship named the “SS Neckar” that departed from Bremen, Germany and then sailed to Southampton, England, before heading west to America. 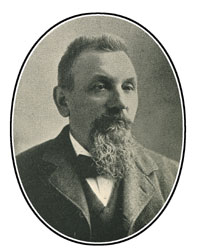