Today is the birthday of George Pargiter Fuller (January 8, 1833-April 2, 1927). He was the “the eldest surviving son of John Bird Fuller, a partner in Fuller Smith & Turner, brewers.” “Fuller inherited a share in the family brewery (in Chiswick, London) on his father’s death in 1872, and was also chairman of Avon Rubber in Melksham.

He also served as High Sheriff of Wiltshire in 1878. He lived at Neston Park, Corsham, Wiltshire.” He spent most of his time, however, as a politician. He “was a member of the Wiltshire County Council, chairman of the Chippenham Rural District Council and of the Corsham Parish Council and School Board and a Justice of the Peace for Wiltshire,” and “a Liberal Party politician in the United Kingdom who sat in the House of Commons from 1885 to 1895.” Despite his lineage and ownership stake in his family’s brewery, he doesn’t appear to have been very involved in its management at all. 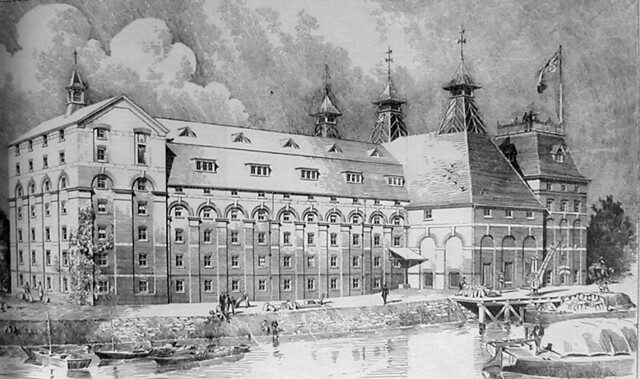