Today is the birthday of Joseph Fallert (December 16, 1841-July 4, 1893). He was born in Achern in Western Baden-Württemberg, Germany in either 1841 or 1842 (sources vary), but moved to New York City when he was fifteen, in 1856, and worked for several different breweries in Brooklyn, before buying a building from his employer, brewer Otto Huber, and founded the Joseph Fallert Brewery in 1878. Incorporating in 1884, he renamed it the Joseph Fallert Brewing Co. Ltd. but it closed in 1920 for good when prohibition began. 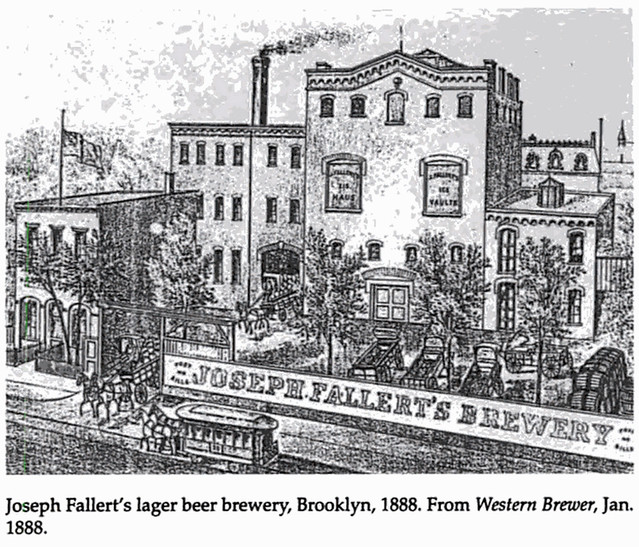 I couldn’t find very much information about Fallert, not even when he passed away, although it appears possible that he may have outlived his son, who ran the brewery until his own death in 1919. 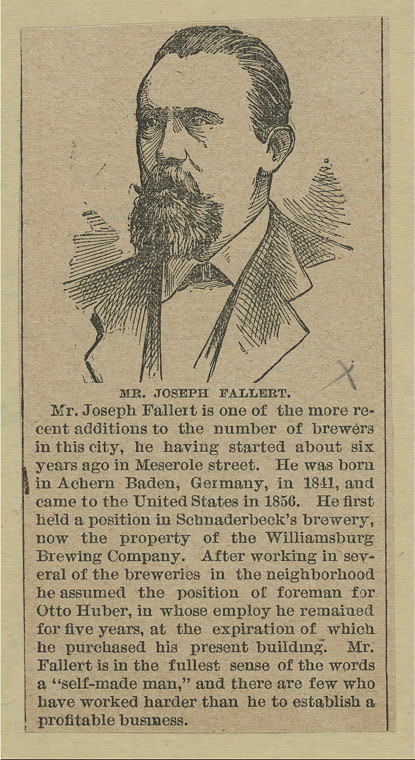 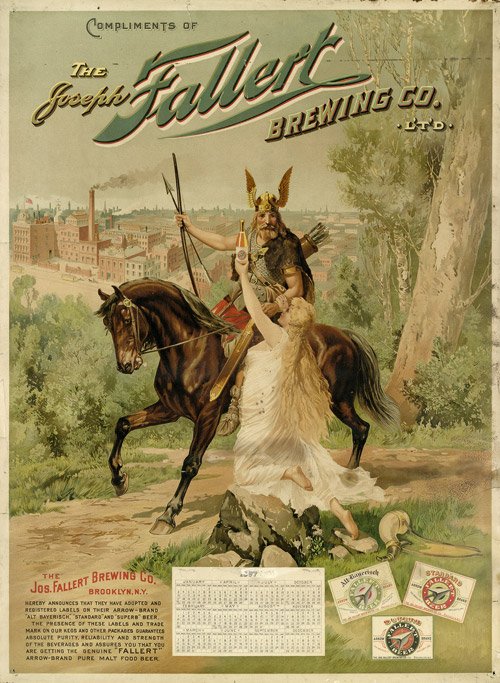 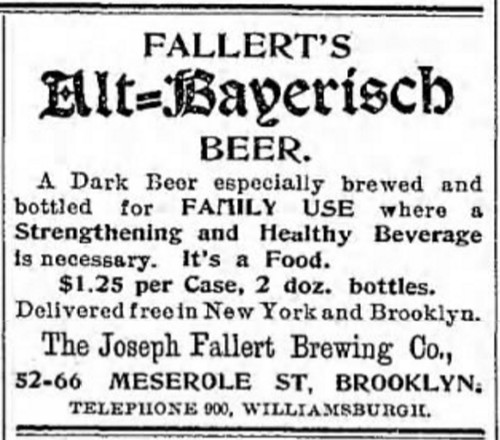 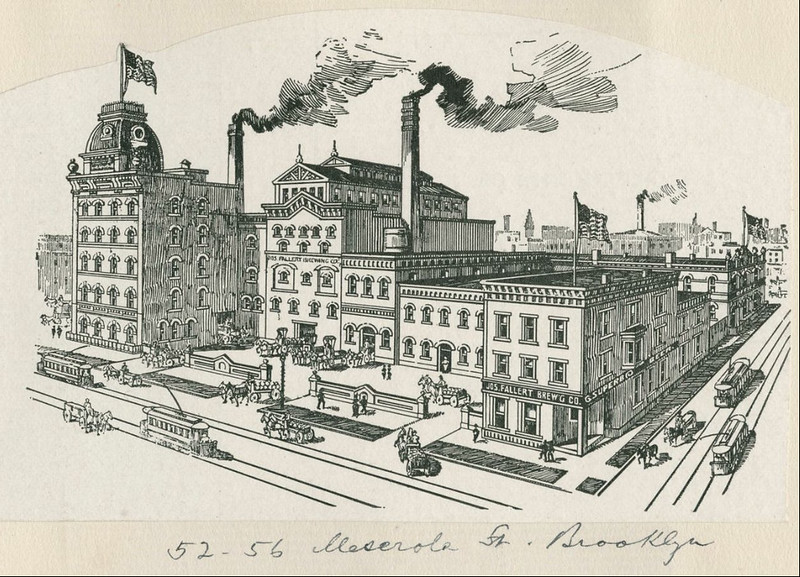