Today is the birthday of English scientist Joseph Priestley (March 13, 1733-February 6, 1804). While he was also a “clergyman, natural philosopher, chemist, educator, and Liberal political theorist,” he’s perhaps best known for discovering oxygen (even though a few others lay claim to that honor). According to Wikipedia, “his early scientific interest was electricity, but he is remembered for his later work in chemistry, especially gases. He investigated the ‘fixed air’ (carbon dioxide) found in a layer above the liquid in beer brewery fermentation vats. Although known by different names at the time, he also discovered sulphur dioxide, ammonia, nitrogen oxides, carbon monoxide and silicon fluoride. Priestley is remembered for his invention of a way of making soda-water (1772), the pneumatic trough, and recognising that green plants in light released oxygen. His political opinions and support of the French Revolution, were unpopular. After his home and laboratory were set afire (1791), he sailed for America, arriving at New York on 4 Jun 1794 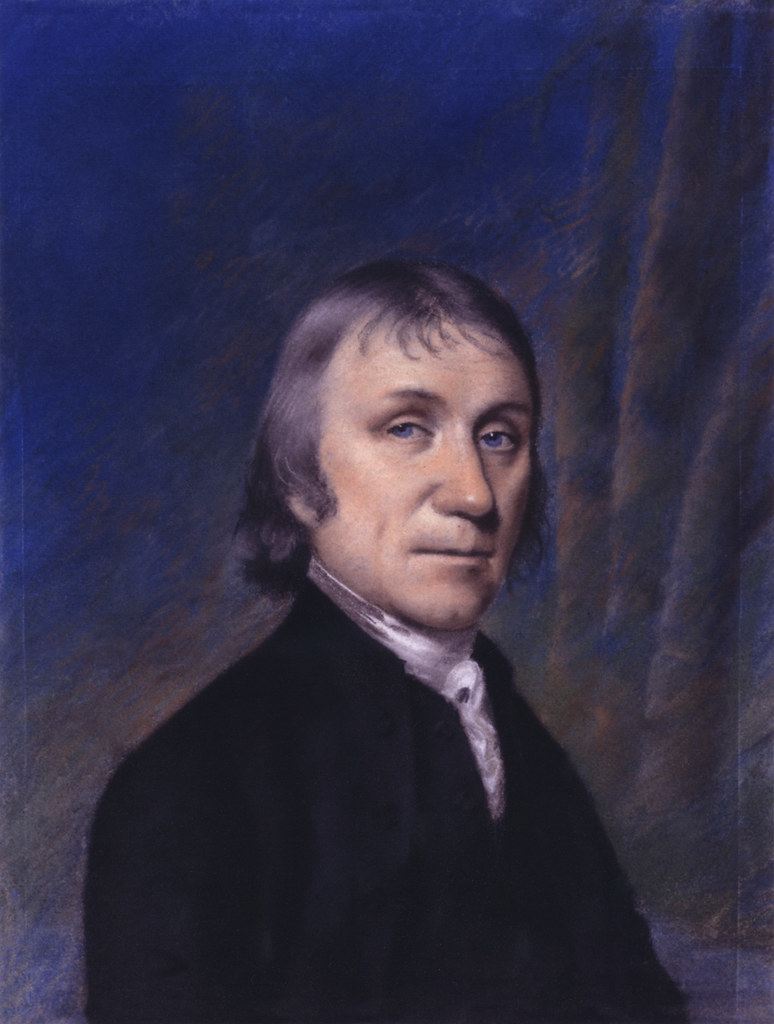 In the biography of Priestley at the American Chemistry Society has a sidebar about his work with fermentation:

In 1767, Priestley was offered a ministry in Leeds, Englane, located near a brewery. This abundant and convenient source of “fixed air” — what we now know as carbon dioxide — from fermentation sparked his lifetime investigation into the chemistry of gases. He found a way to produce artificially what occurred naturally in beer and champagne: water containing the effervescence of carbon dioxide. The method earned the Royal Society’s coveted Copley Prize and was the precursor of the modern soft-drink industry.

Even Michael Jackson, in 1994, wrote about Priestley connection to the brewing industry.

“It has been suggested that the Yorkshire square system was developed with the help of Joseph Priestley who, in 1722, delivered a paper to the Royal Society on the absorption of gases in liquids. In addition to being a scientist, and later a political dissident, he was for a time the minister of a Unitarian church in Leeds. During that period he lived next to a brewery on a site that is now Tetley’s.” 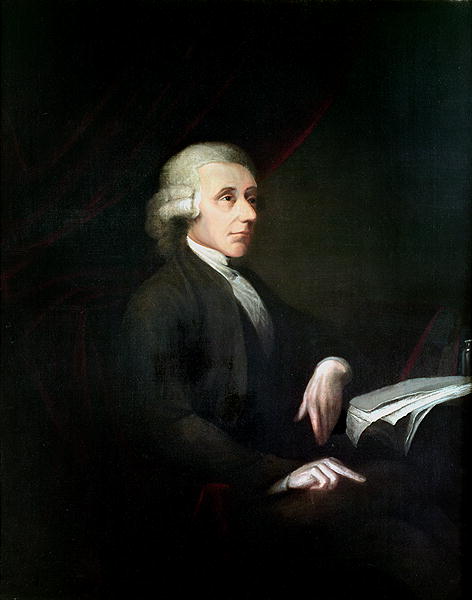 In the New World Encyclopedia, during his time in Leeds, it explains his work on carbonation.

Priestley’s house was next to a brewery, and he became fascinated with the layer of dense gas that hung over the giant vats of fermenting beer. His first experiments showed that the gas would extinguish lighted wood chips. He then noticed that the gas appeared to be heavier than normal air, as it remained in the vats and did not mix with the air in the room. The distinctive gas, which Priestley called “fixed air,” had already been discovered and named “mephitic air” by Joseph Black. It was, in fact, carbon dioxide. Priestley discovered a method of impregnating water with the carbon dioxide by placing a bowl of water above a vat of fermenting beer. The carbon dioxide soon became dissolved in the water to produce soda water, and Priestley found that the impregnated water developed a pleasant acidic taste. In 1773, he published an article on the carbonation of water (soda water), which won him the Royal Society’s Copley Medal and brought much attention to his scientific work.

He began to offer the treated water to friends as a refreshing drink. In 1772, Priestley published a paper entitled Impregnating Water with Fixed Air, in which he described a process of dripping sulfuric acid (or oil of vitriol as Priestley knew it) onto chalk to produce carbon dioxide and forcing the gas to dissolve by agitating a bowl of water in contact with the gas. 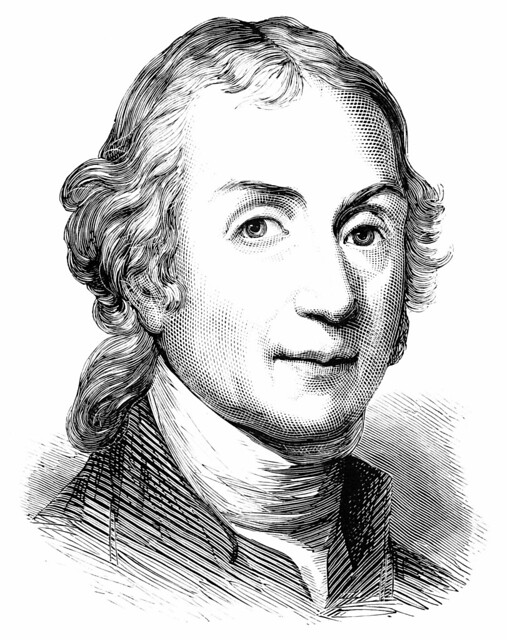 And here’s More About Priestley from the Birmingham Jewellry Quarter, whatever that is:

But his most important work was to be in the field of gases, which he called ‘airs’ (he would later chide James Keir for giving himself airs (oh dear!) by adopting the term ‘gases’ in his Dictionary of Chemistry, saying ‘I cannot help smiling at his new phraseology’). Living, as he did at the time, next to a brewery, he noticed that the gas given off from the fermenting vats drifted to the ground, implying that it was heavier than air. Moreover, he discovered that it extinguished lighted wood chips. He had discovered carbon dioxide, which he called ‘fixed air’. Devising a method of making the gas at home without brewing beer, he discovered that it produced a pleasant tangy taste when dissolved in water. By this invention of carbonated water, he had become the father of fizzy drinks! 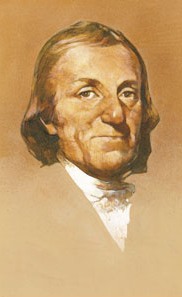 But perhaps my favorite retelling comes from the riveting History of Industrial Gases: 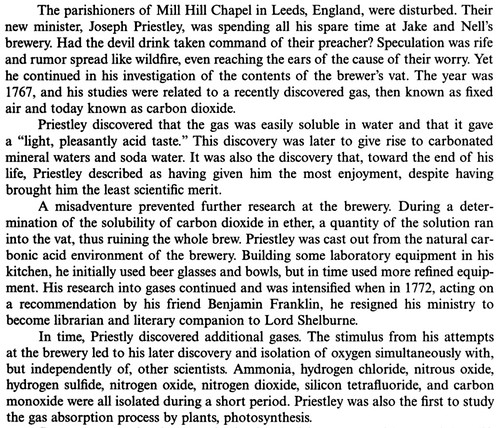 The relevant findings were published in 1772, in Impregnating Water with Fixed Air

20. By this process may fixed air be given to wine, beer, and almost any liquor whatever: and when beer is become flat or dead, it will be revived by this means; but the delicate agreeable flavour, or acidulous taste communicated by the fixed air, and which is manifest in water, will hardly be perceived in wine, or other liquors which have much taste of their own. 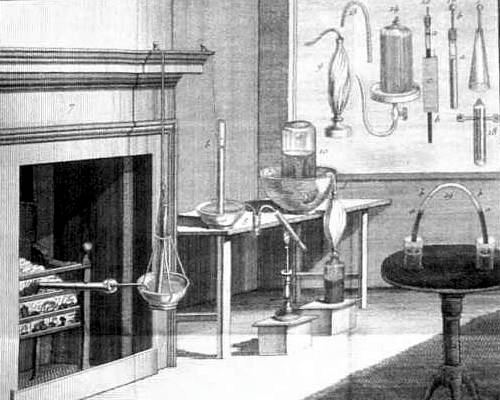 Priestley’s apparatus for experimenting with ‘airs.’