Today is the birthday of Leonhard Eppig (March 4, 1839-April 9, 1893). He was born in Großwallstadt, Bavaria, and at age fifteen, in 1854, he came to New York on the S.S. Rotterdam and settled in Brooklyn. He learned to brew working for a Brooklyn brewer, Michael Seitz. In 1866, he and a partner formed the Hubert Fischer & Leonhard Eppig Brewery. Ten years later, he bought out his partner and it became simply the Leonard Eppig Brewing Co., but traded under the name Germania Brewery. From what I can tell Eppig’s name was spelled Leonhard, but it was often anglicized to Leonard, even on advertising. When Eppig died, his sons continued running the brewery until it was closed down by prohibition in 1920. They reopened the brewery after repeal, but in 1935 sold it to George Ehret Brewery. 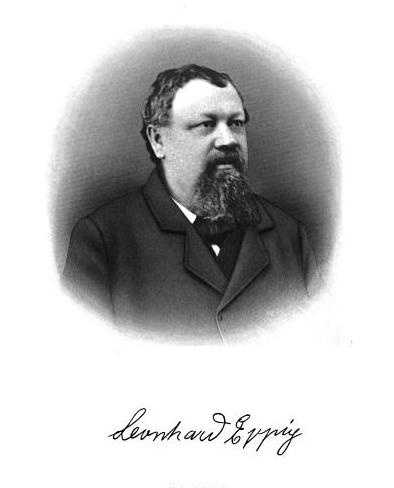 Leonhard was born in Bavaria, Germany. He married Margarehta about 1854 and had at least 10 children, Anna, Euginia, John, Henry, Franz, Barbara, Theresa, Mary, Margaret and Regina, some of which are entombed in his mausoleum. Leonhard owned the Eppig Germania Brewery Company, which was located in Brooklyn. 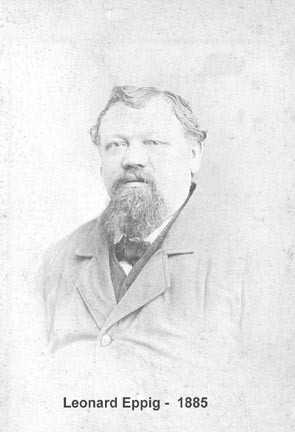 And here’s his obituary from the Brooklyn Daily Eagle: 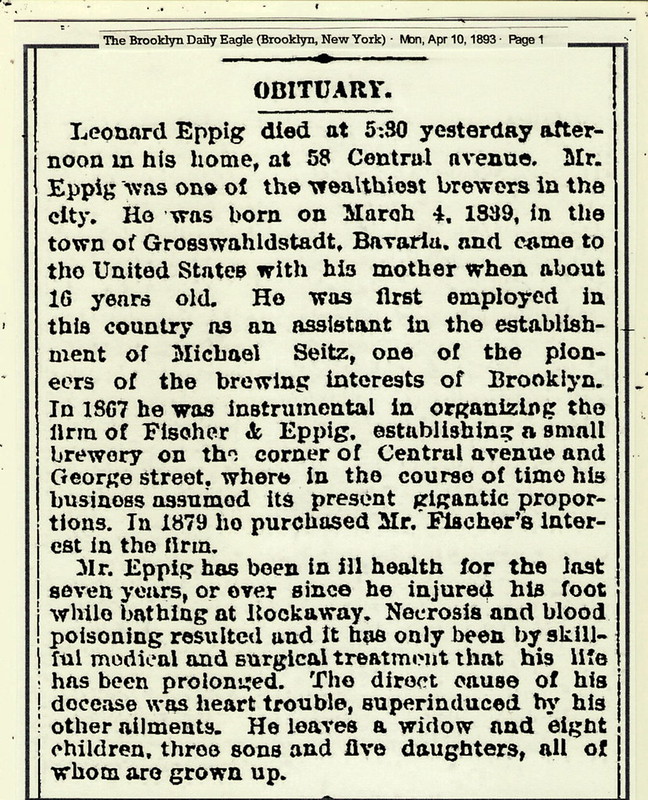 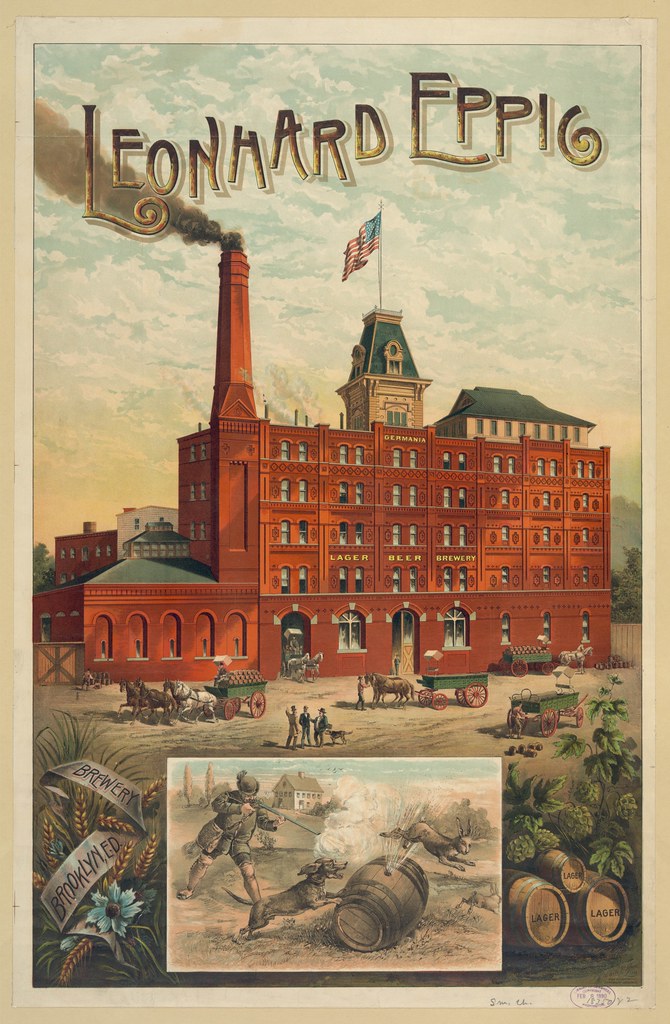 This lengthy story is from “A History of Long Island: From Its Earliest Settlement to the Present Time, Volume 3,” by Peter Ross and William Smith Pelletreau, published in 1905: 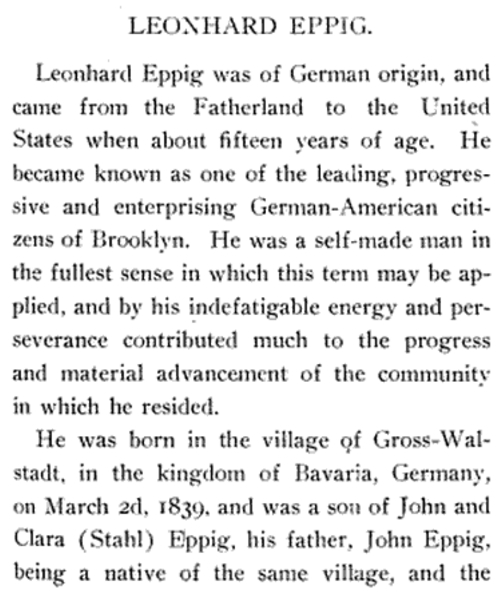 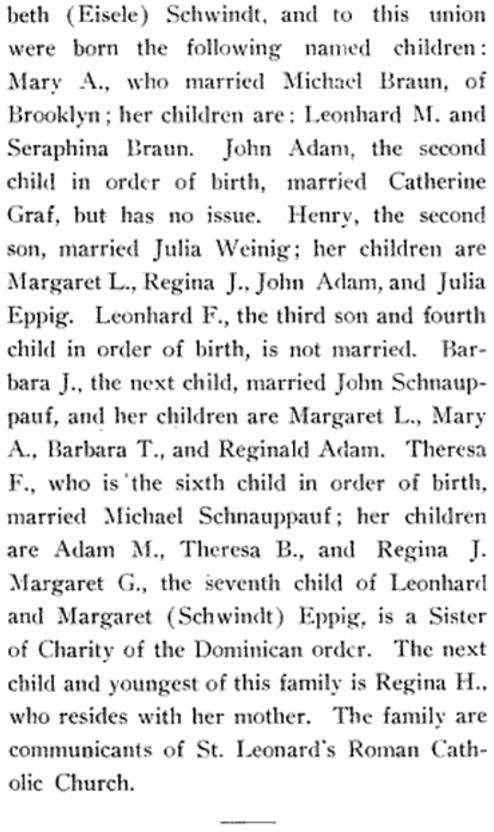 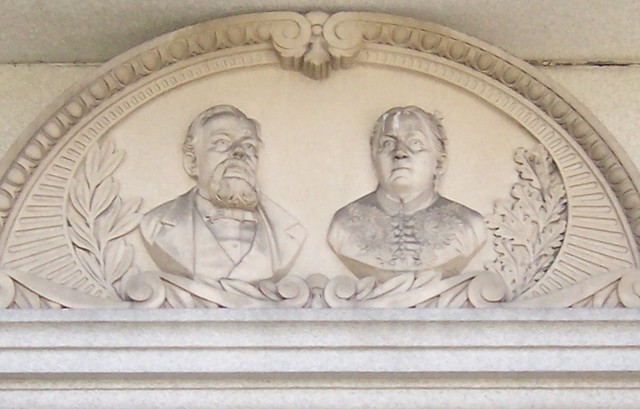 Busts of Eppig and his wife on the family mausoleum.

Last year, a descendant of the Eppig family opened a craft brewery in San Diego, which they named Eppig Brewing, and included this infographic in their website: