Today is the birthday of Oliver Hughes (May 20, 1959-July 30, 2016). Hughes, along with partner Liam LaHart, co-founded Ireland’s first brewpub, the Porterhouse Brewing Company in 1996. It’s now grown in size, part of the Porterhouse Group. Unfortunately, He passed away in the Fall of 2016 at age 57, and the brewery he started continues to grow and expand, with locations in the UK and America. 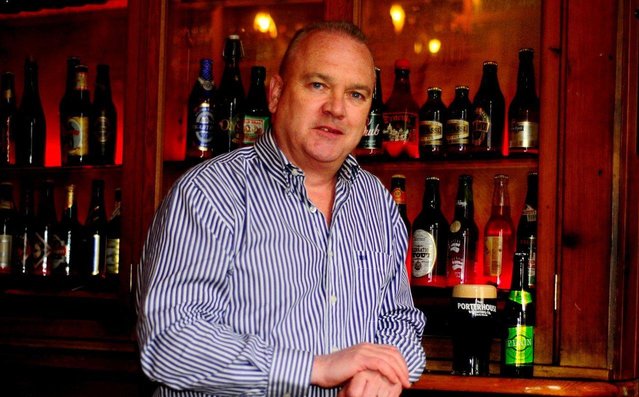 This is an appreciation written about Hughes in Drinks Industry Ireland:

Oliver was the co-founder and director of the Porterhouse Group. An entrepreneur who pushed the boundaries wherever he could, he was not content with helping to start the craft beer revolution in Ireland; he went on to create Ireland’s first purpose-built distillery in over 200 years.

Oliver’s mind never stopped turning, whether it was thinking of how to improve his own ventures or how to help others. His ideas are ingrained in the mind of the Porterhouse and his concepts for growth in the Porterhouse Group have been put in place, mainly due to his boundless energy and dreaming.

Oliver and Liam LaHart’s original “mad” idea was Harty’s brewery in Blessington, Co Wicklow, in the 1980s. This attempt at a micro-brewery in Ireland was followed in 1989 by the setting up of The Porterhouse in Bray which pushed craft beer onto the Bray locality.

Oliver’s most recent treasure was the Dingle Whiskey Distillery. His idea was once again ahead of the curve. Oliver only saw one cask ever released, Cask No 2, on 19th December 2016. He was extremely proud of the Dingle Distillery and he knew the future was bright.

Oliver’s ideas, influence and energy can be seen in everything the Porterhouse group has done and will do going forward.

He will be missed. 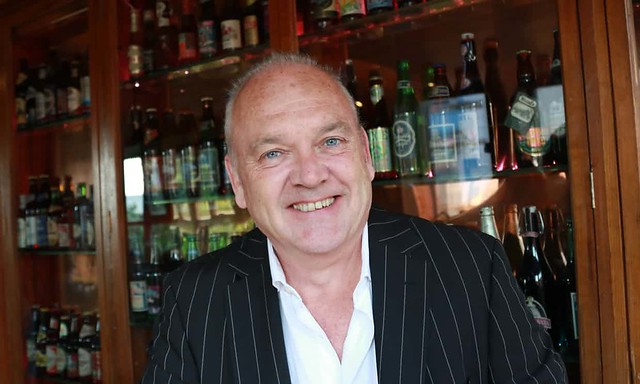 And this was his obituary in the Guardian, written by Roger Protz:

Oliver Hughes, who has died of a heart attack aged 57, was known as the godfather of the Irish beer revolution. His pioneering Porterhouse pubs and brewery brought much-needed choice to Irish drinkers and, while he was a minnow in an ocean of stout, his mere presence annoyed Guinness.

There are now about 50 small breweries in the republic, challenging the hegemony of the duopoly of Guinness and Murphy’s, the latter owned by Heineken. The existence of that growing independent sector was inspired by Oliver’s determination to create diversity for beer drinkers.

Born in Dublin, he was the only child of Lillian and Brian, a barrister whose work took the family to Fiji, where he served as a magistrate. They later moved to the UK, where Brian practised in Nottingham and Scunthorpe. Oliver studied law at Hatfield Polytechnic (now the University of Hertfordshire) and, while drinking in pubs in Hatfield and neighbouring St Albans, he came into contact with Alan Swannell, one of the early microbrewers of the 1980s, who ran tiny breweries in Kings Langley and Ware.

With his cousin and future business partner Liam LaHart, Oliver went to folk concerts organised by the Irish community in Kilburn, north-west London, and the pair also took part in Troops Out demonstrations and campaigned for the release of the Birmingham Six and Guildford Four. In London they came across the groundbreaking chain of Firkin brewpubs run by David Bruce. Oliver and Liam were impressed by beers with quirky names such as Dogbolter and T-shirts with slogans such as: “If you nick my pint I’ll firkin punch you.” Oliver said the Firkins were the model for the future Porterhouse pubs.

Back in Dublin, Oliver practised as a barrister between 1989 and 1999. But he was still enthused by brewing, and with Liam he opened a brewery called Harty’s in County Wicklow. It failed after two years because, Oliver sai,: “We brewed beer for publicans who wouldn’t pay the bills”. Undaunted, the pair opened the first Porterhouse pub in Bray. They hired “a man with a van” who drove to Europe to bring back previously unknown beers from Belgium and Germany. They also sold beer from another early Irish micro, Galway Hooker.

“We discovered years later,” Oliver recalled, “that other publicans had opened a book on how long we would survive in a pub that didn’t serve Guinness. Some said two days, others six months.”

But Oliver and Liam had touched a nerve with Irish drinkers, and in 1996 they opened a Firkin-inspired Porterhouse brewpub in Temple Bar, Dublin. I was an early visitor to the pub on Parliament Street, a three-storey building with a 10-barrel brewery that restored a famous Dublin style called Plain, the local name for porter made famous by Flann O’Brien in his poem A Pint of Plain is Your Only Man.

Oyster Stout used real oysters, restoring another old Irish tradition. The stand-out beer for me was Wrasslers 4X Stout, based on a recipe from a long-defunct brewery called Deasy’s in west Cork: it was the favourite beer of Michael Collins, founder of the Irish Free State.

Oliver’s ability to get up the noses of big brewers was shown when he was threatened with legal action by Anheuser-Busch and Carlsberg over a wheat beer called Weiserbuddy and a lager dubbed Probably, which was brewed at the Porterhouse. Anheuser-Busch owns Budweiser, the biggest brand in the US, where it is known simply as Bud, while Carlsberg is famous for its long-running promotion that claims the beer is: “Probably the best lager in the world.” Oliver’s legal training told him he would have to change the names before the writs arrived, but he ensured maximum publicity for his beers and pub.

Oliver and Liam expanded. They opened a vast Porterhouse in Covent Garden, London, and two more followed in Dublin, including the equally vast Porterhouse Central on Nassau Street, with their long-standing beers joined by a cask-conditioned real ale, TSB, and Dublin Pale Ale. “We were the first brewery to make pale ale in Ireland,” Oliver said. “Nobody knew what it was and we had to teach people about hops.”

Restless and energetic, Oliver and Liam added restaurants and a nightclub called Lillie’s Bordello in Dublin, built a standalone brewery outside the city to supply their pubs and free trade, and turned Fraunces Tavern in Manhattan into a Porterhouse. The tavern is the oldest inn in New York and famous as the place where George Washington said farewell to his troops at the end of the War of Independence. The site pleased Oliver’s quiet but passionate republicanism. The Porterhouse group now employs 500 people and exports beer to the US, Italy, Spain and Scandinavia.

I once arranged to meet Oliver in Porterhouse Central on Nassau Street in 2012. He was very late, as timekeeping was not his strong point. I’d been travelling all day and urgently needed food. “Let’s go and eat,” he said, and marched me off to a nearby restaurant where we dined on superb Spanish tapas. “Who owns this place?” I asked innocently. “I do,” he replied.

His last enterprise was a whiskey distillery built in 2012 in a redundant sawmill in Dingle on the west coast of Ireland, the first new distillery in the country for 200 years.

Irrepressible and unstoppable, he said his rule of thumb for running successful pubs and breweries was “to watch what the big players do… and avoid it”. 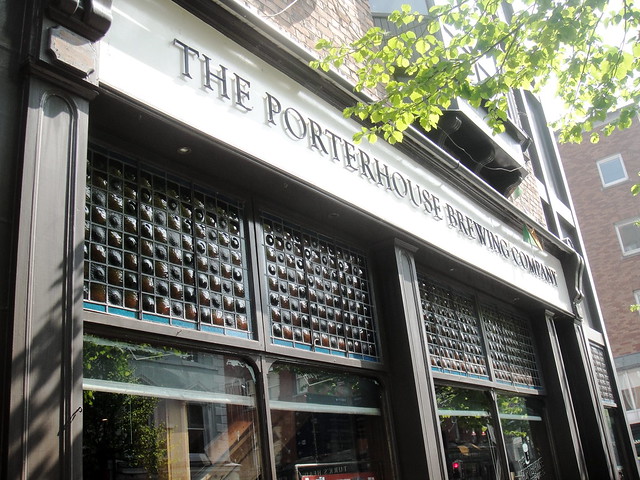