Today is the birthday of Peter Weyand (June 29, 1821-July 17, 1875). Along with Daniel Jung, he founded the Western Brewery on Freeman and Bank Streets in Cincinnati, Ohio. I was unable to find any photos of Weyand, and very few of the brewery when it used his name, too, but then only appears to be for a few years, from 1854-1857 according to some sources. 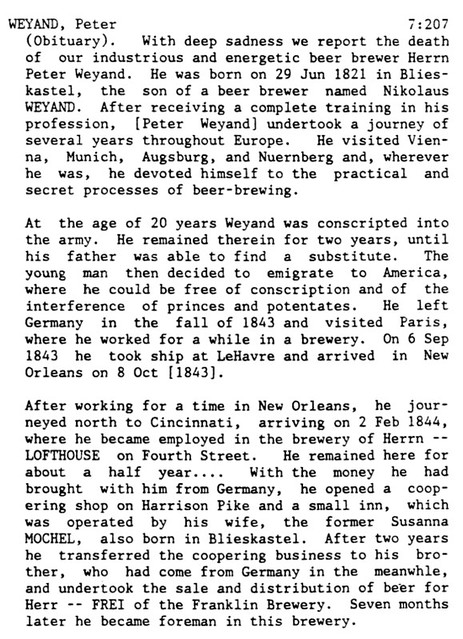 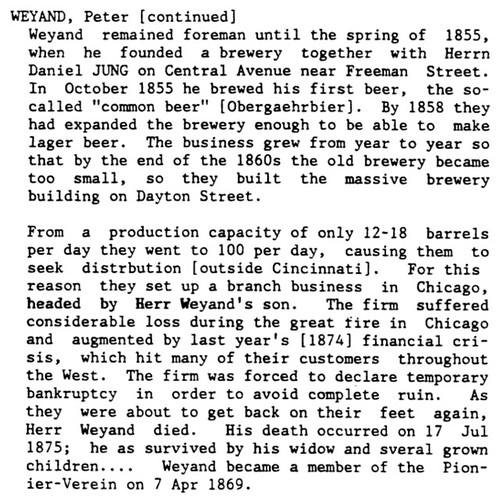 When it was first opened in 1857, along with partner Peter Weyand, it was called the Western Brewery (some sources say 1854). In 1879, they added a third investor, and it became the Weyand, Jung & Heilman Brewery. It 1885, with Jung apparently sole owner, it is renamed the Jung Brewing Co., which it remained until 1908, when it went back to being the Western Brewery, before closing due to prohibition in 1919. 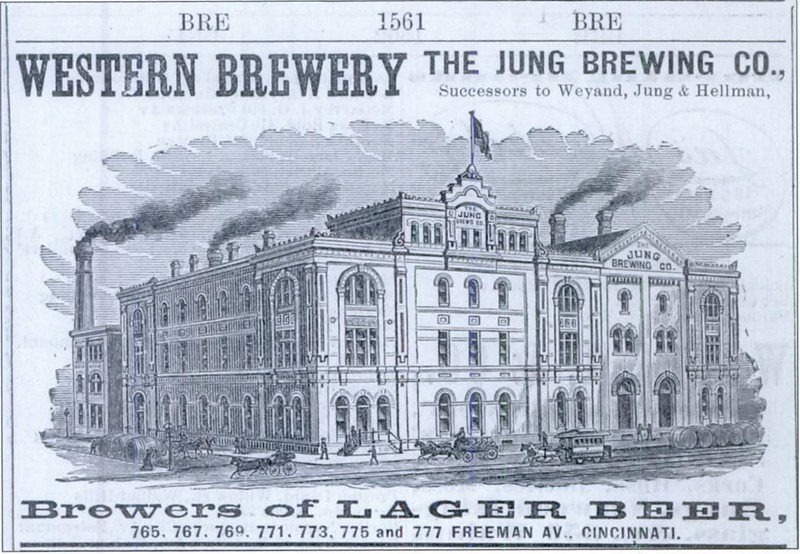