I’ve been traveling most of this week, so I missed the announcement Wednesday by owner Tony Magee when he unveiled plans for a third brewery on Twitter. When I interviewed him for a profile piece in in Beer Connoisseur magazine in 2012, he was already thinking about a third location after Chicago was up and running, but at that time was leaning toward New Orleans. But it turns out the new brewery will be in Southern California in the town of Azusa, which is in the San Gabriel Valley and is part of Los Angeles County, about 25 miles east of the city of L.A. This third brewery is a whopping 178,000-square feet and will reportedly have “an initial capacity of 420,000 barrels” which can be raised to one million barrels over time. By contrast, Chicago, when completely finished, will be able to brew 1.2 million barrels a year, and when an expansion in Petaluma is done, they’ll go from a capacity of 450,000-bbl to 750,000-bbl. 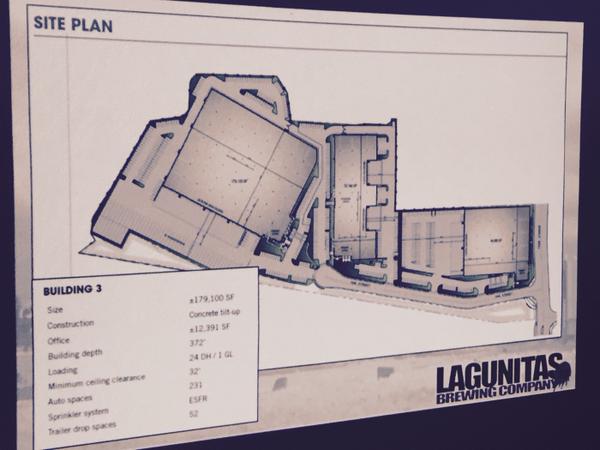 Tony teased out the new space on Twitter with this blueprint.

It’s location is also “spittin’ distance” from the Miller facility in Irwindale. Construction has apparently already begun and is expected to open by early 2017. The decision was prompted by nearing capacity in Petaluma, which is expected to be at 85% in about 18 months. Magee said the L.A. space will be “similar in scale and operation to their Chicago brewery,” so that’s pretty promising. If it’s anything like the Chicago brewery, which I just visited Monday, it will be spectacular.

UPDATE: Lagunitas posted some photos of the ongoing construction which has already begun in Azusa. 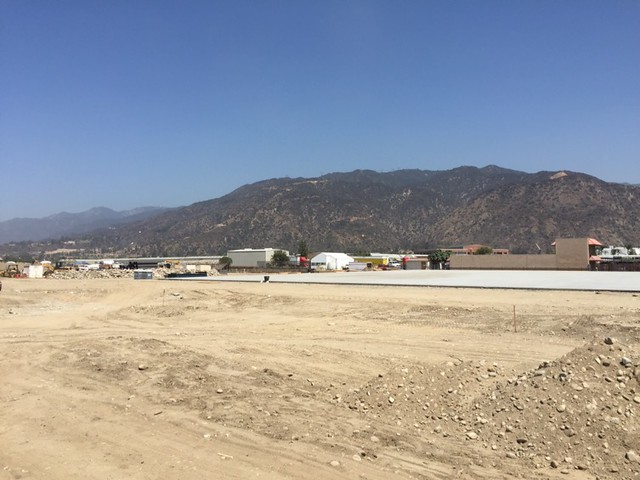 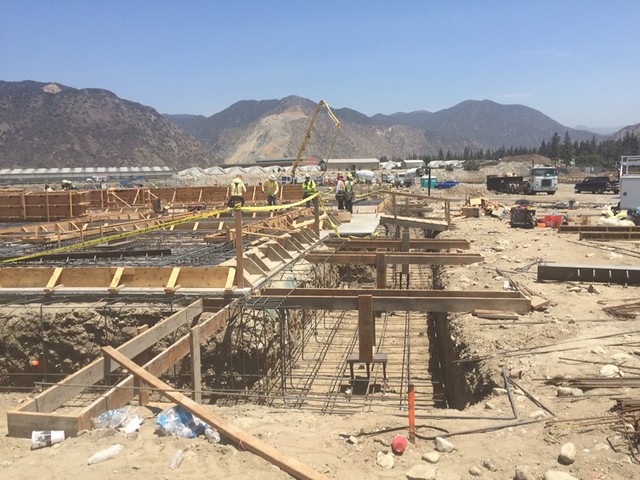 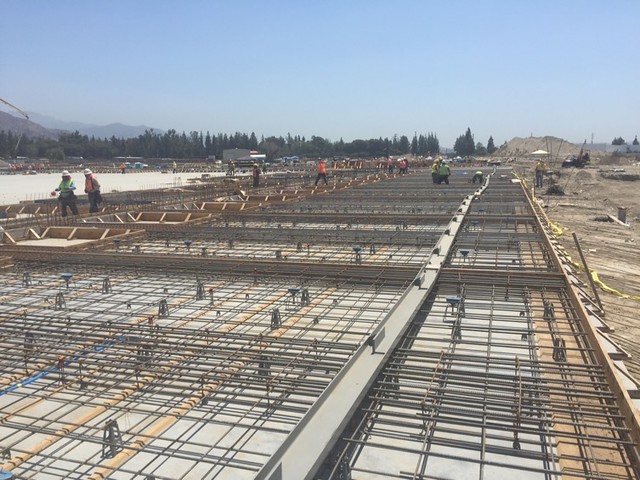 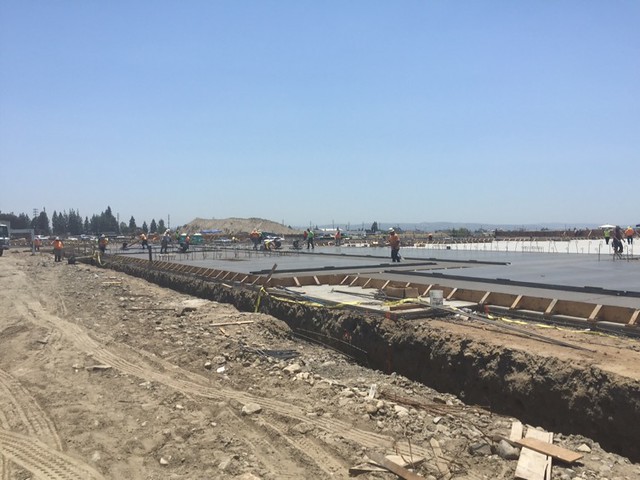