This is an interesting little tidbit I found looking through an old copy of “The Western Brewer: and Journal of the Barly, Malt and Hop Trades” from October 1915. In it, there’s a report on the Master Brewers’ Convention which took place the previous month in San Francisco, California. In addition to the story, there’s a really cool panoramic photo. Here’s the story: 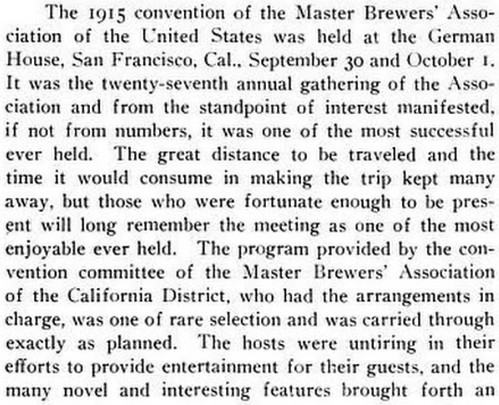 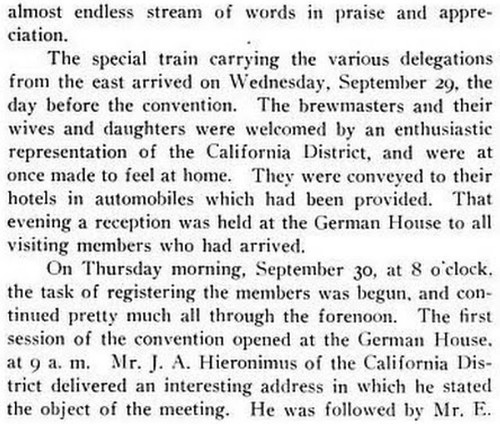 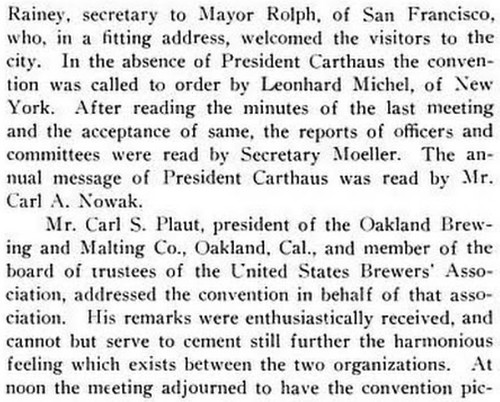 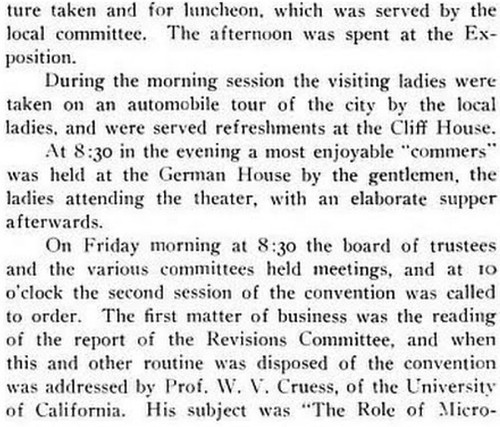 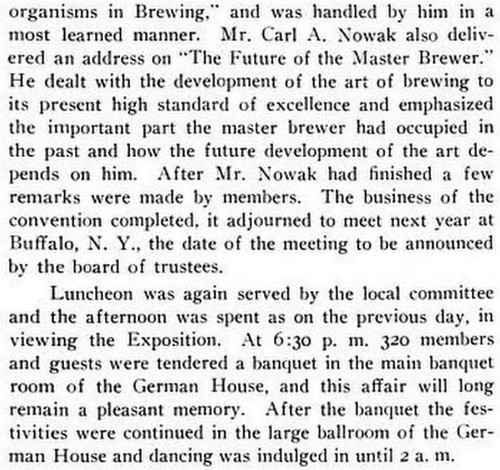 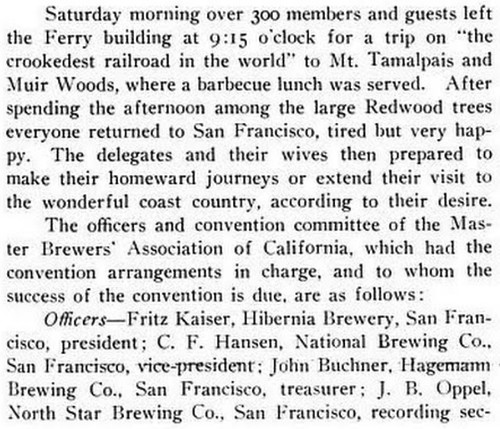 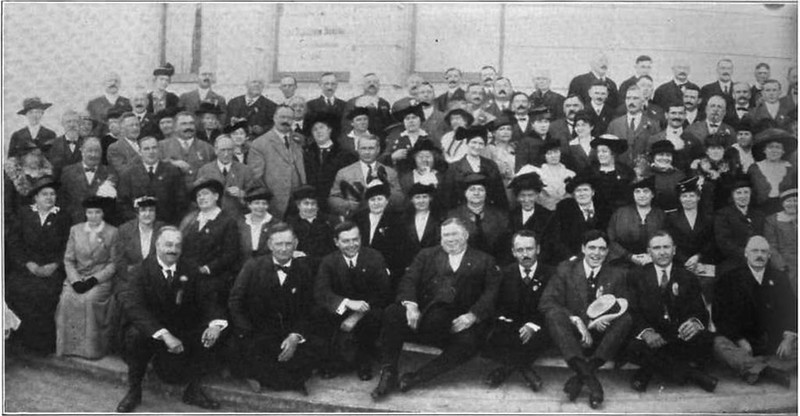 This photo of all the attendees, including delegates and guests, of the Master Brewers’ Convention was taken on September 30, 1915. It was shot on the steps in front of German House, in San Francisco, where the convention took place. The photo was printed on two separate pages, with the left side above here, and the right side below. 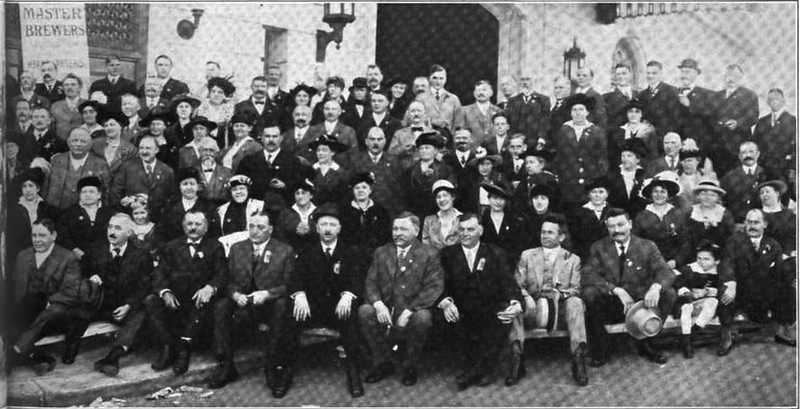 I’m not sure if this list exactly matches who’s in the photographs, but this is a list of who registered to attend the convention: 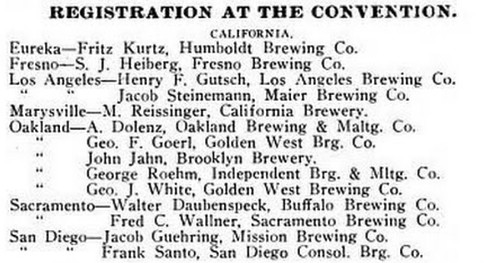 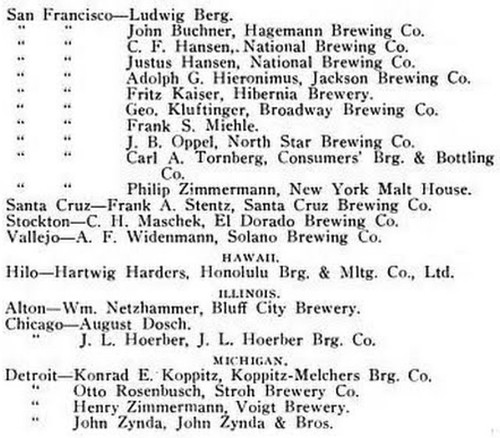 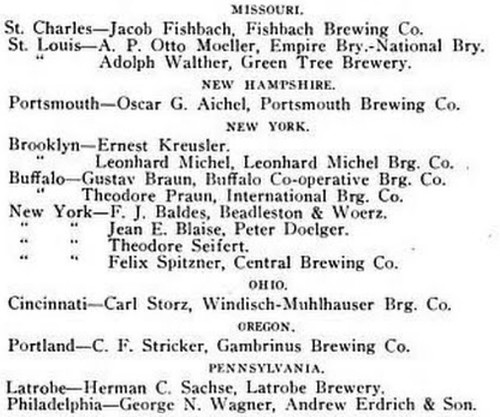 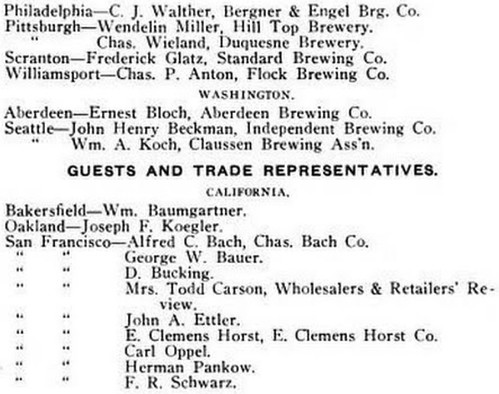 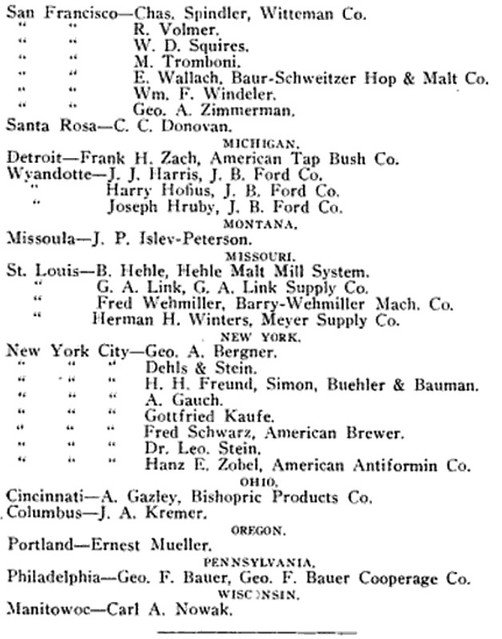 And this photograph is inside German House of the meeting of the Master Brewers. Notice how there’s a beer in front of almost every person there. 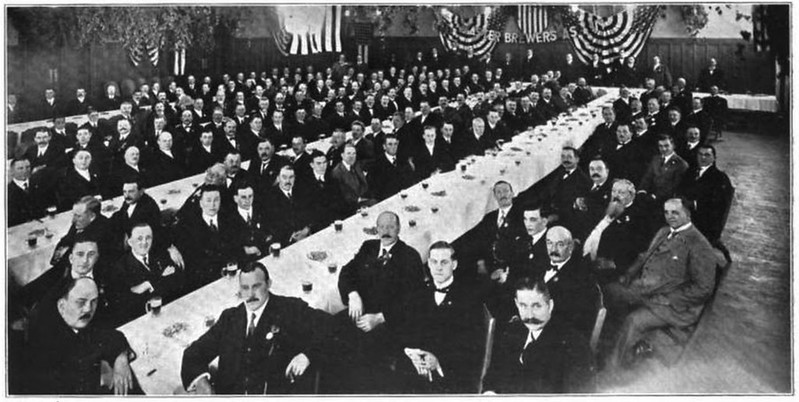