Today in 1970, US Patent D216422 S was issued, an invention of Karl Koch, for an ornamental design for a “Beer Can.” There’s no Abstract, but it’s described simply as a “can circular in all cross sections and the side opposite that shown is the same in appearance as the side shown except that the label area is replaced by a continuation of the barrel motif.” 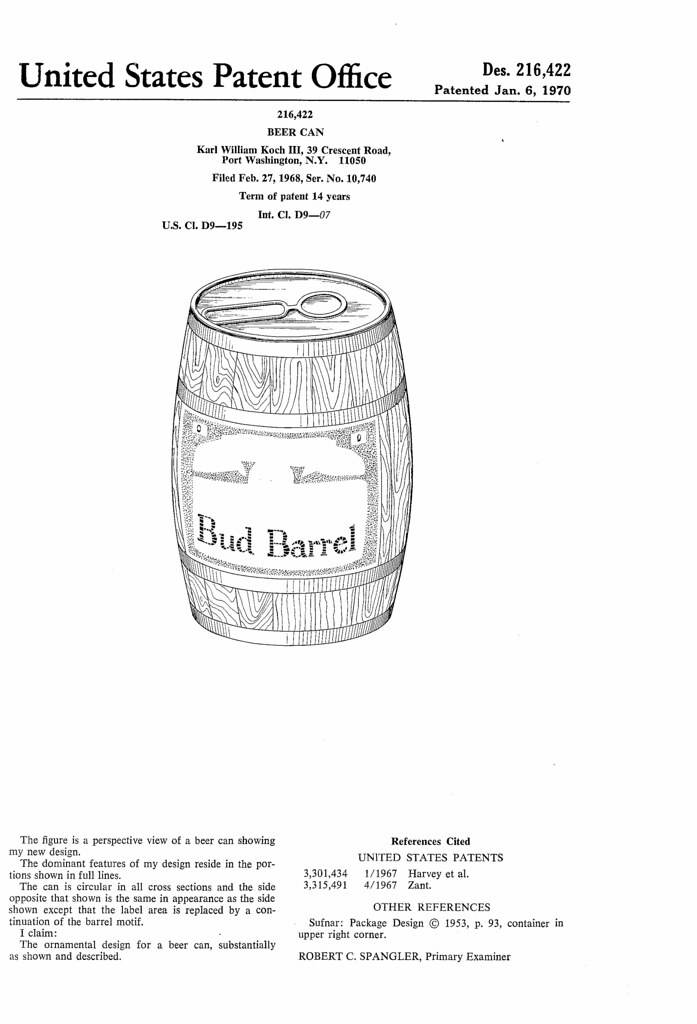