You are here: Home / Beers / Patent No. 1235231A: Apparatus For Cooling And Rousing Beer-Wort And For Precipitating Sludge From Same

Today in 1917, US Patent 1235231 A was issued, an invention of Leopold Nathan, for his “Apparatus for Cooling and Rousing Beer-Wort and for Precipitating Sludge from Same.” There’s no Abstract, although in the description it includes this summary:

In the brewing of beer, especially in breweries in which special stress is laid on the production of high-class beers, the cooler is still in almost general use for cooling down the worts. The cooler, however, constitutes the primary and worst source of infection in the preparation of beer. Owing to the very rapid cooling of. the wort in the cooler, germs which have settled down on the cooler before it is charged with wort are not all killed. Moreover, fresh germs make their appearance during the cooling process, and these are not killed, especially at temperatures from 60 downward.

In spite of these defects of the cooler, it has been impossible hitherto, owing to its valuable properties for certain special types of beer, to dispense with this appliance. In addition to the cooling effect produced in the cooler, vapors are eliminated which carry off with them unpleasant odors formed in consequence of the inevitable access of air. Through the access of air and simultaneous cooling, considerable quantities of protein substances and hop resins are precipitated, and the only way in which these can be separated from the liquid is by allowing them to settle down, for which purpose the extensive surface of the cooler is highly advantageous.

The method employed by me in connection with the apparatus of the present invention consists in the first place in freeing the wort from the said aromatic and flavoring substances by the passage of a current of air or carbon dioxid, or both. If, as was hitherto the case, in this treatment the gas be forced or drawn into the wort from below, a very strong frothing is produced, which prevents the complete removal of the vapors.

The operation is directed, in the first place, to preventing this frothing or to nullifying its ill effects. With this object, the gas is carried, in a powerful current, along the wort in a finely-divided state so as to carry off the vapors from the surface of the liquid. At the same time a cooling effect is also produced; nevertheless the essential portion of the elimination effect can only be accomplished fully by treating the hot wort with a current of gas. The complete deposition of the cooler sludge, occurring as cooling progresses, is facilitated in a special manner, and the possibility of carrying it out in a closed, sterile vessel is afforded, by setting up in said vessel a frame containing a large number of superimposed stages having a total superficial area corresponding to that of the cooler. In order to remove the sludge this staged frame must be taken out of the vessel. The resulting infection is neutralized by allowing the next charge of wort to run into the vessel in a sufficiently hot condition.

This operation can be carried out in two vessels: one for the elimination treatment and one for the deposition of the sludge; or one and the same vessel may be used for both purposes. 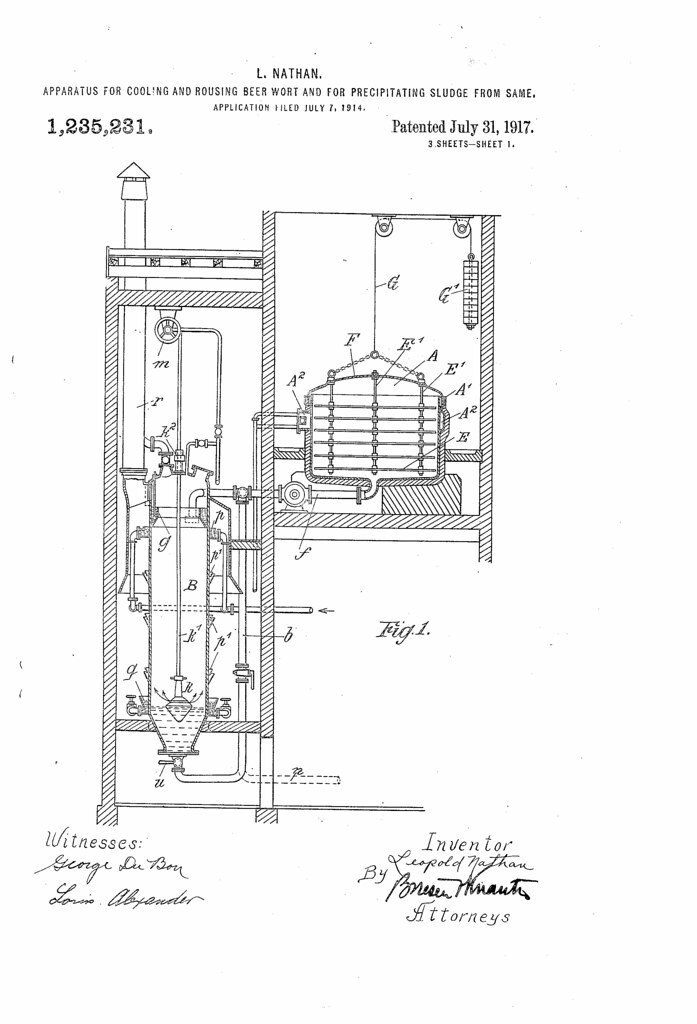 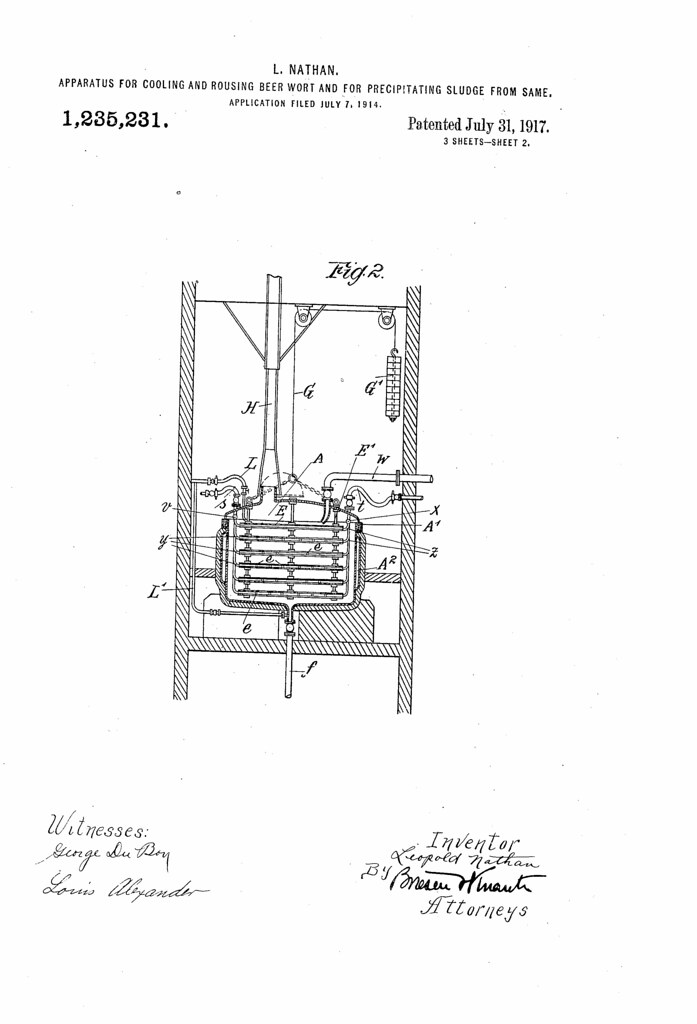 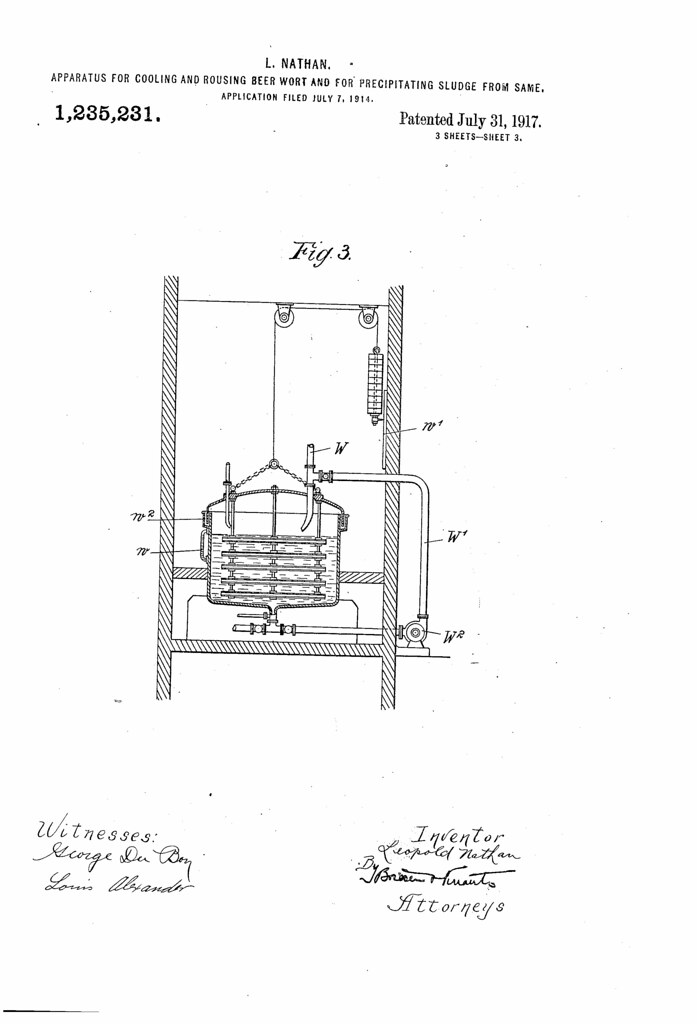