Today in 1934, US Patent 1981014 A was issued, an invention of Otto Weigelt, for his “Beer Cooler.” There’s no Abstract, although in the description it includes this summary:

This invention relates to beer coolers, and more particularly to the water pipe beer cooler of the type adapted for use in brewing establishments.

An object of the present invention is to provide a novel beer cooler having means for greatly improved distribution of the beer while undergoing the cooling process, so as to invoke and utilize the greatest amount of cooling efficiency of the apparatus.

A further object is to provide a beer cooler of the water pipe type having an efficient and simple means for accommodating a variation in length of the pipes employed caused by their expansion or contraction during use.

Another object is to provide end manifolds for the pipes having longitudinally slideable mountings permanently secured but capable of limited movement to accommodate variations in expansion and contraction of the water pipes. 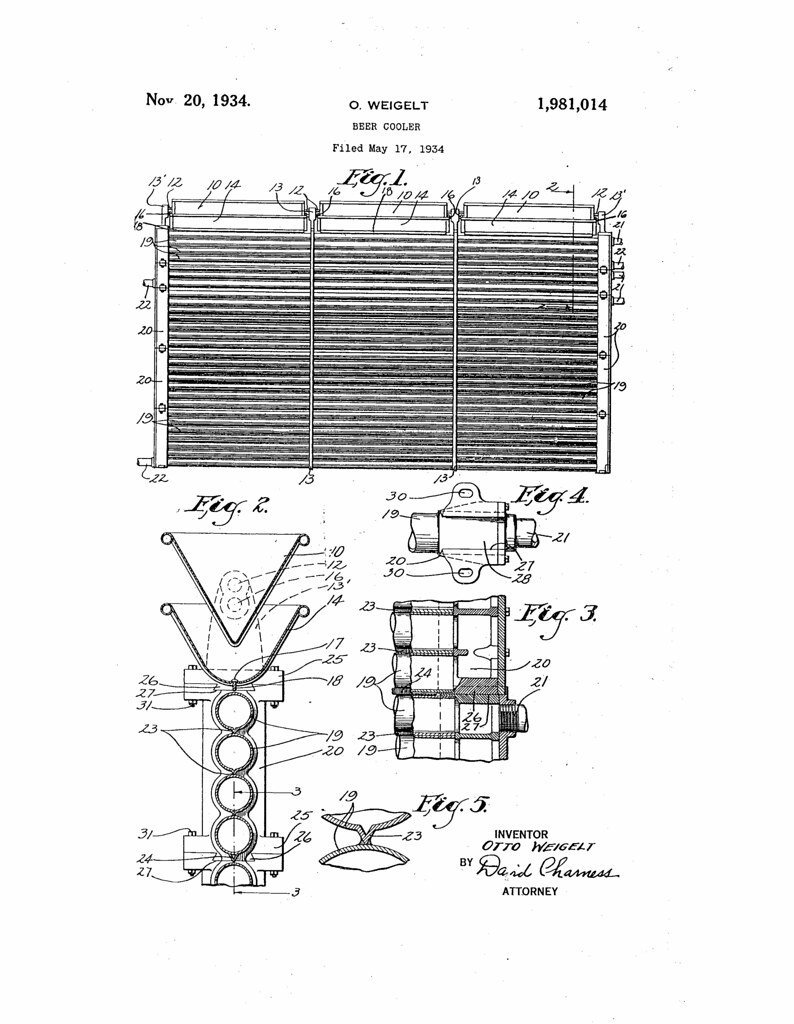