You are here: Home / Beers / Patent No. 20488A: Apparatus For Manufacture Of Beer

Today in 1858, US Patent 20488 A was issued, an invention of George Habioh, for his “Apparatus For Manufacture Of Beer.” There’s no Abstract, though the description in the application states that he’s “invented an Improved Apparatus for Brewing or Manufacturing Beer.” What follows is a very lengthy explanation, but here’s the start of a fuller explanation.

For this boiling of the wort I use a closed copper or kettle; its steam I employ for new mashing and increase its pressure by a superincumbent column of water. This steam enters directly into the mash, and the increasing height of the water increases also the boiling point of the wort contained in the copper. This increased temperature manifests itself in stirring up again the wort, after it becomes clear, and finally the wort clears itself of all the coagulated albumen. The only thing to be observed is that the temperature should be sufficiently high, 2′. e. the steam pipe must be closed by a sufficient column of water. 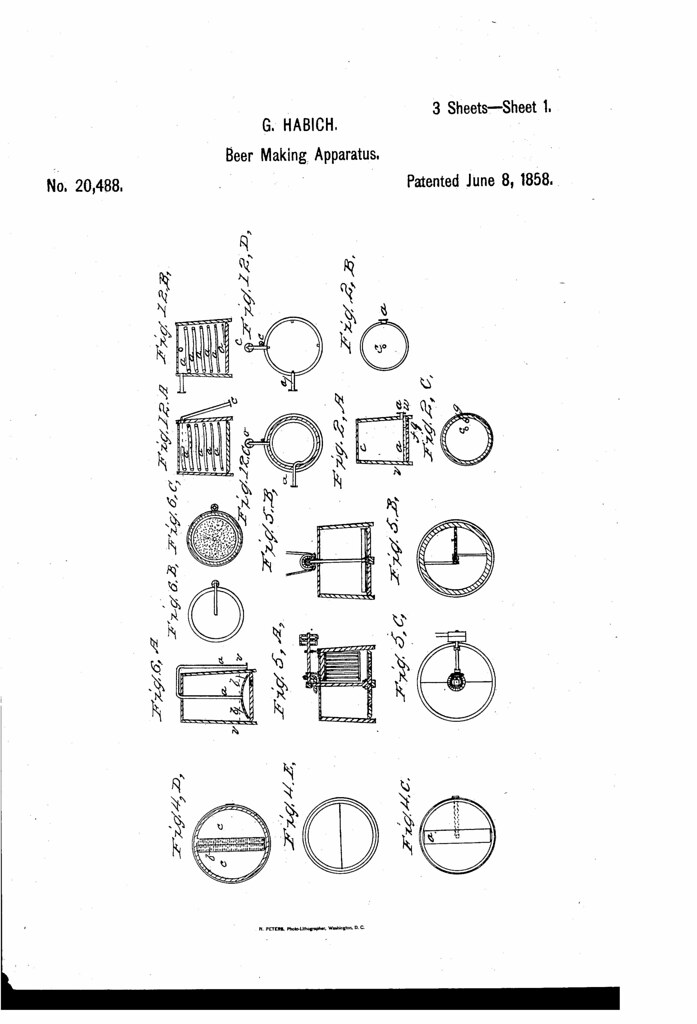 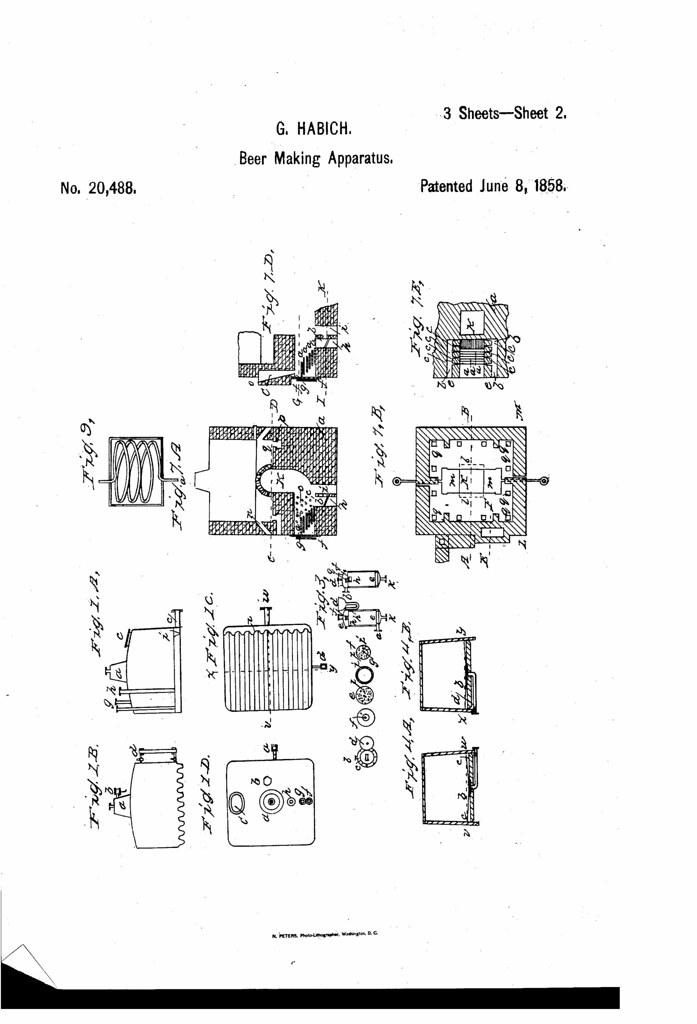 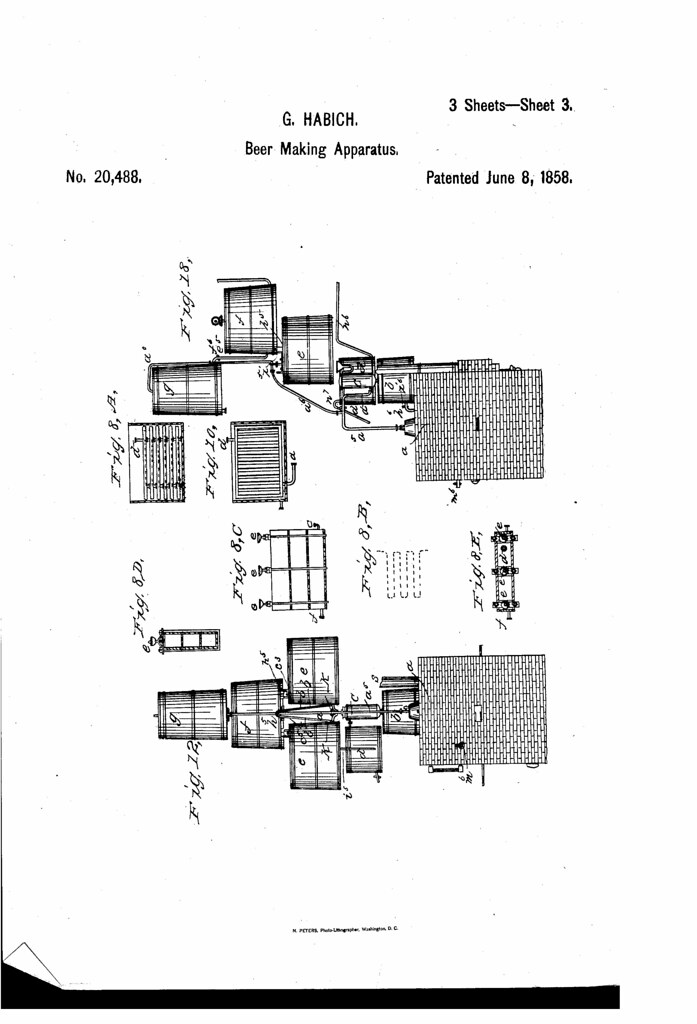