Today in 1937, US Patent 2082222 A was issued, an invention of Frederick P. Siebel, for his “Brewing Process.” There’s no Abstract, though it’s described in the application as an “invention relat[ing] to the art of brewing, and pertains particularly to the preparation of the wort.” I assume this is the same Siebel who led the Institute after it reopened after Prohibition in 1933.

One of the objects of the invention is the provision of a process whereby a desired wort may be produced in a condition suitable for immediate cooking, in a period of time very substantially less than is required for the mashing and sparging operations heretofore quite generally employed.

`Another Object is the provision of a process whereby there can be accomplished a substantially higher extraction and conversion of the desired constituents of the malt and other grains than has been the case under commercial brewing procedures heretofore generally employed; this obtaining a more complete utilization and hence a saving, in the raw materials required.

Yet another object of the invention is the provision of a process which maybe carried on rapidly and with facility for preparation of a wort on a commercial brewing scale, whereby the enzymatic conversion or modification of the grain starches and albumens may be accomplished more completely and rapidly than with commercial procedures heretofore generally employed.

Yet another object of the invention is the provision of a wort-preparing process of a character such as to permit successive batches to be prepared in rapid succession one after another in the same apparatus.

Yet another object is the provision of a process for wort preparation which may be carried on under very definite and accurate control, for production of a wort of a desired character very rapidly and with very close uniformity as between different batches. 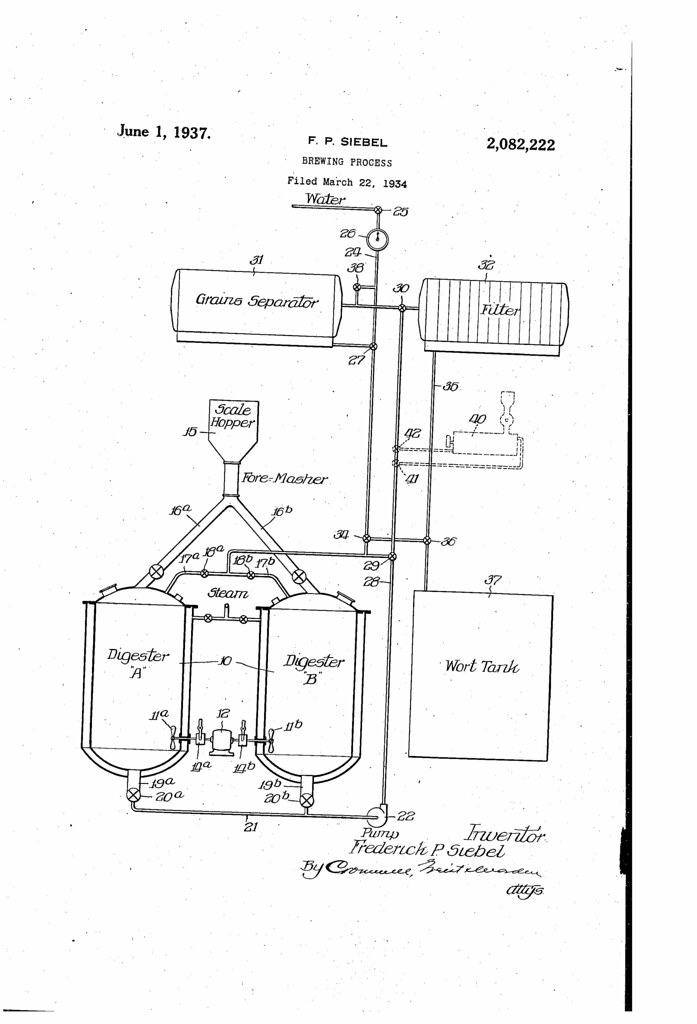