Today in 1940, US Patent 2225996 A was issued, an invention of Carl W. Johnson, for his “Beer Foam Control Device.” There’s no Abstract, although in the description it includes this summary:

This invention relates to devices for controlling the amount of foam on beverages which are maintained in storage containers under gaseous pressure, and is particularly adaptable for use in connection with the dispensing of malt beverages such as beer and ale.

One of the difficulties encountered in the dispensing of malt beverages has been the inability to control the foam or cap which forms on the beer when it is drawn into a glass or other container. It is desirable to maintain beer in a keg under relatively high pressures to prevent the beer from becoming flat, the pressure applied to the liquid serving to retain the natural gases formed in the beer during the fermentation thereof. Heretofore it has been found, however, that beer cannot be placed under very much pressure because it will cause foaming with the result that the person dispensing the beverage must scrape a considerable quantity of foam off the top of the beer in a glass, and that part which is removed is wasted.

It is, therefore, a general object of my invention to provide a device for controlling the amount of foam which is produced in dispensing beverages, such as beer, in. order that the beverage may be maintained under relatively high pressure to prevent it from becoming flat, and at the same time permit it to be dispensed with very little foam or cap thereon.

Another object of the invention is to provide a device which can be easily adjusted to meet different pressure conditions in order that a uniform amount of foam will be produced at all times.

A further object of the invention is to provide a device of this general type which is of extremely simple construction and which can be readily cleaned to maintain the original flavor of the beer. 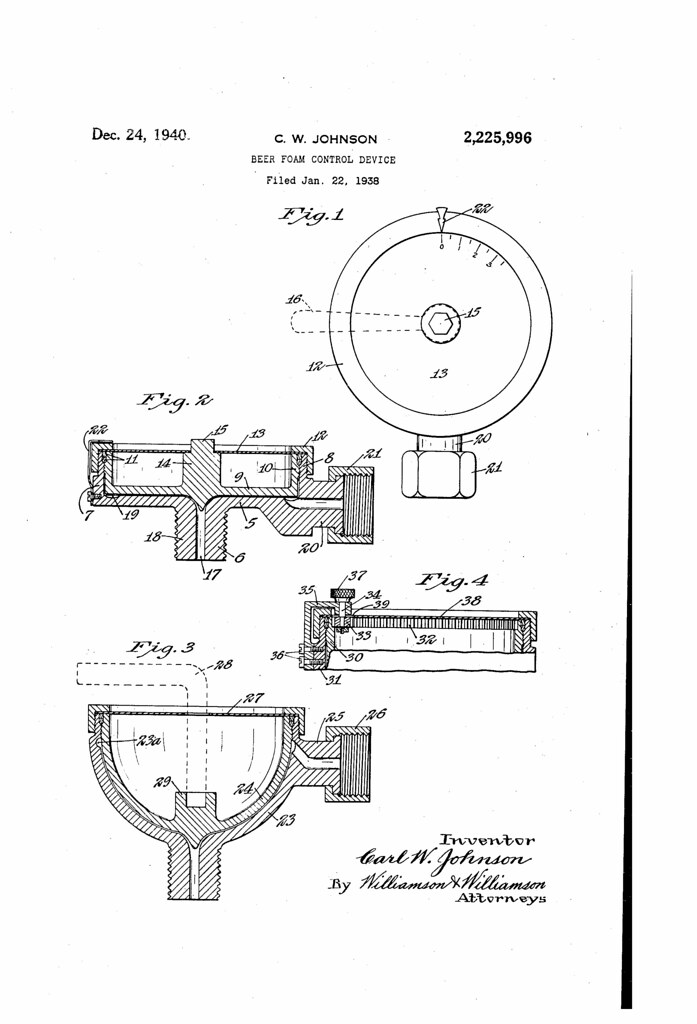