Today in 1942, US Patent 2305641 A was issued, an invention of John F. Silhavy, for his “Method of and Apparatus For Making Beer.” There’s no Abstract, although in the description it includes this summary:

I have invented new methods of and apparatus for heating `and boiling wort in the brew or hop kettle which will be described in connection with My invention is easily adaptable to and can be easily installed in existing kettles. When steam at 25 pounds gage pressure is used as a heating medium in the coil or jacket of a brew kettle, the temperature of the steam is about 265 F. According to my invention I employ heating means and mediums for the brew kettle which range in temperature from about 600 F to about 2000 F so that high’ heating temperatures far beyond those attainable by steam at ordinary pressures are obtained and by this new heating I obtain new and distinct advantages. In my heating systems I use high temperature heating mediums or means which are at a temperature greatly in excess of steam as now used and the wort is contacted with extremely hot surfaces or extremely hot gases. I have shown several ways in which these high and increased temperatures may be obtained but I- am not to be restricted thereto as any heating medium or means which produces high temperature is burned below the surface of the liquid mixture in the brew kettle. In Fig. 2 I have shown a simple form of a burner 3 which can be used but other submerged burners providing submerged combustion with high temperatures can be used. The burner has a tubular portion 32 with a threaded end 33, a combustion chamber 34 and outlet ports 35 for the combustion gases adjacent the combustion chamber. Gaseous fuels are preferably used and such fuels may be mixed with air in stoichiometric proportions in an industrial carburetor or the like and then forced under pressure through the tubular portion 32 and through the burner, being burned in the combustion chamber. By using excess gas a reducing flame is produced and by using excess air an oxidizing flame is obtained. Preferably purified gases such as hydrogen, C2H2 methane, or the like are used. The mixture of fuel and air is burned beneath the surface of the liquid mixture in the brew kettle. The burner may be positioned at any suitable height in the brew kettle but the burner should be placed sufficiently deep in the liquid being heated whereby the combustion gases will give up their heat to the liquid as they bubble through the liquid Wort, and so that the gases of combustion in escaping will not carry off valuable heat. The ideal position of the burner is to have the temperature of the outgoing combustion gases and the wort about the same. 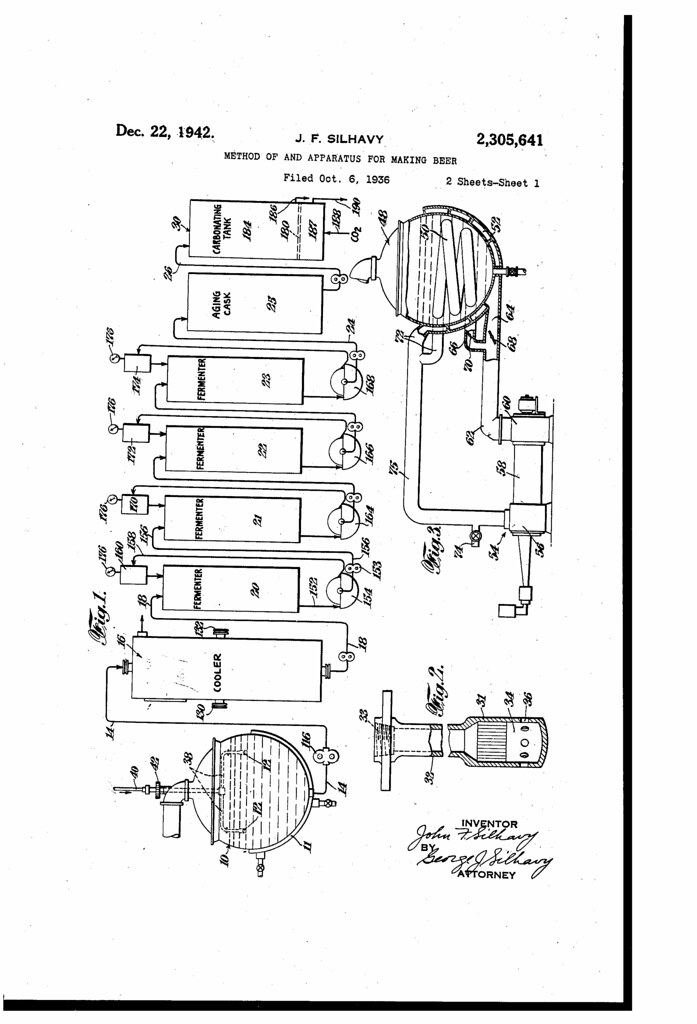 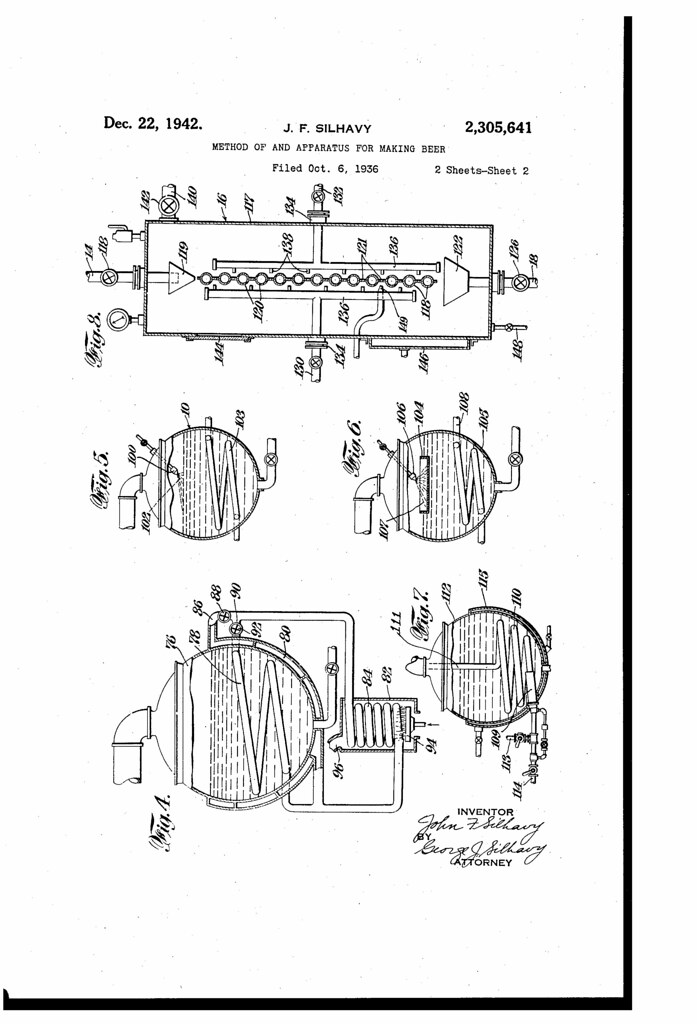