Today in 1949, US Patent 2492327 A was issued, an invention of Butler Sheldon Jr., for his “Beer Pouring Device.” There’s no Abstract, although in the description it includes this summary:

More specifically, it is an object of my invention to provide a device which has a series of screens at the pouring end thereof, so that when the device is applied to the neck of the bottle and the beer poured through it, a finer head is obtained on the beer which is more like a head obtained from draft beer.

A further object of my invention is to provide an inexpensive device which can be applied to standard bottle necks, which enhances the taste of the beer after it is poured through said device.

A further object of my invention is to provide a device which reduces the size of the gas bubbles after the beer is poured through it in order to give a more creamy quality to the beer. 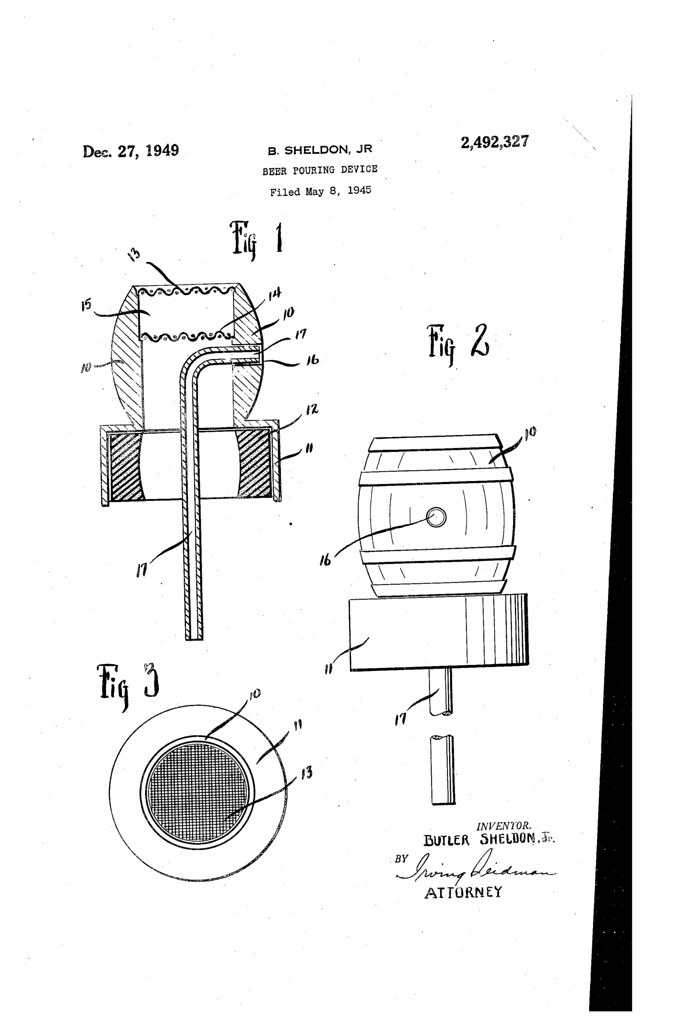