Today in 1883, US Patent 270844 A was issued, an invention of Friedrich Richter, for his “Beer-Cooler.” There’s no Abstract, although in the description it includes this summary:

My invention relates to beer-coolers, and will be fully described hereinafter.

Heretofore with coolers constructed according. to the plan in general use the ends of the pipes through which the cooling-liquid passes have been united by means of elbows, and as the beer or other liquid to be cooled had to be poured into pans or troughs at the top to flow through perforations in said troughs down over and around the pipes to a pan at the bottom of the cooler, that it might be deprived of its heat in this passage, it has been found difficult to keep the pipes clean, owing to their many elbows, and hence my invention, the object of which is to simplify the connections be tween the pipes, dispenses with the elbows altogether and presents a solid, smooth surface at each end of the beer-cooler, and at the same time unites the parts by such connections as will .admit of the cooler being easily taken apart when it is to be cleaned or repaired.

Another object of my invention is to provide a means for controlling the flow of the cooling-fluid, all as will be fully set forth farther on. 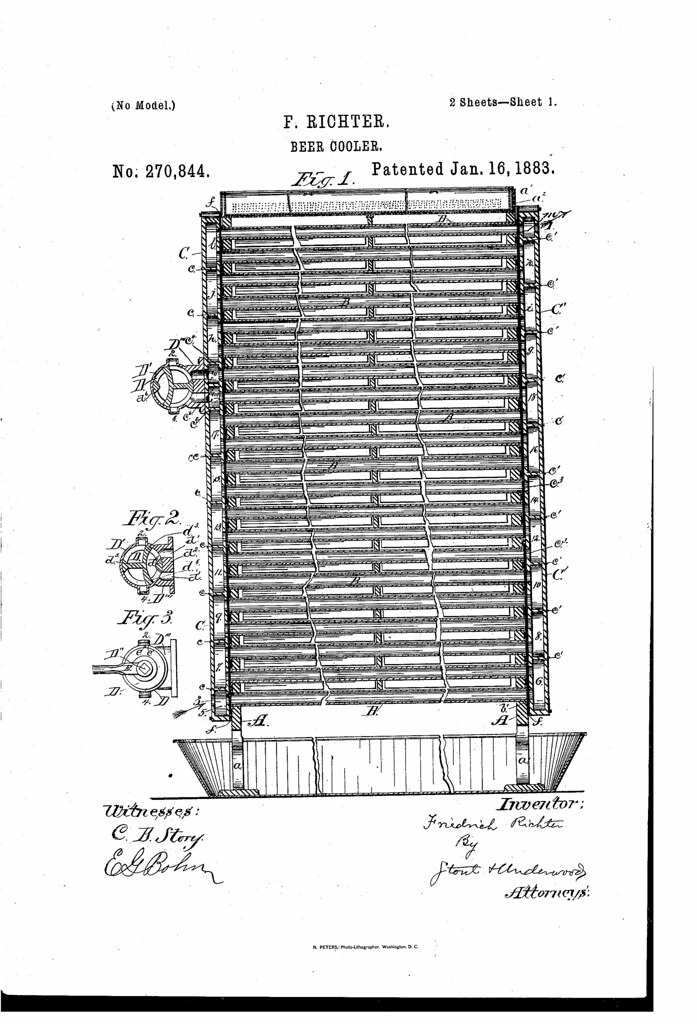 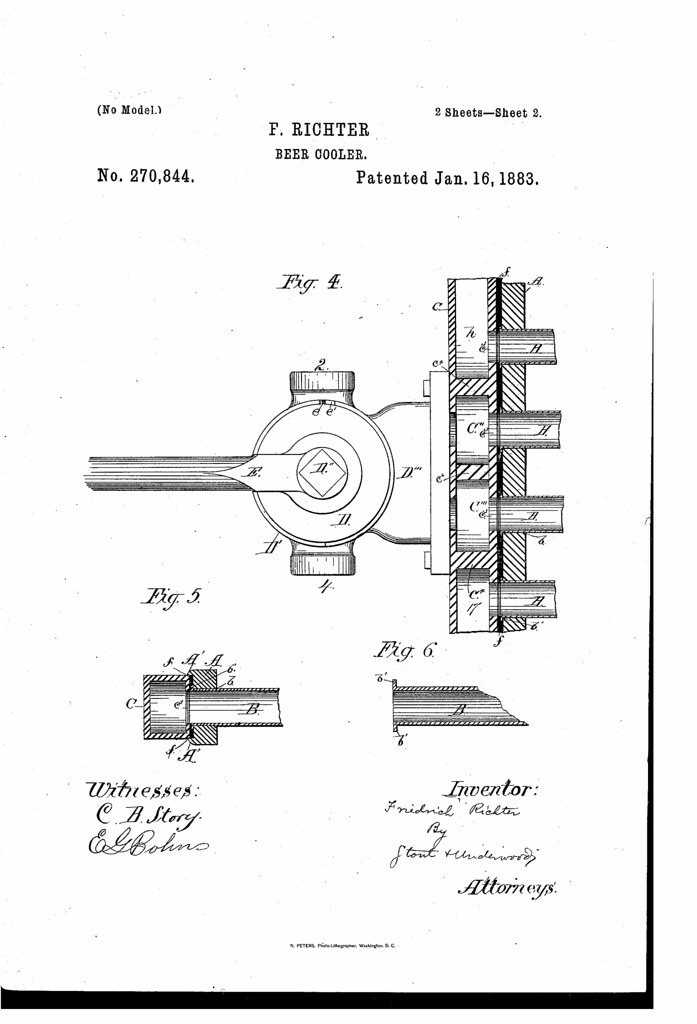