Today in 1956, US Patent 2774229 A was issued, an invention of Karl Thau and August Kiel Sr., for their “Draft Beer Dispenser.” There’s no Abstract, although in the description it includes this summary:

Draft beer, i.e. beer as it is drawn from a barrel or keg of relatively large size, e.g. 4 gallons or more generally is less expensive per unit of volume than beer in smaller containers such as tin cans or bottles. Draft beer also is preferred by many people.

Heretofore however the use of draft beer generally has been limited to situations in which the entire contents of a barrel or keg is consumed quickly e. g. within a day or so because beer is known to deteriorate rapidly after a portion of the beer in the container has been withdrawn and replaced by air.

It has been proposed to preserve the beer in large containers such as barrels and kegs by refrigeration, and by replacing the beer which is withdrawn with carbon dioxide gas but such attempts have not, so far as we are advised, been successful in making it practicable for a person or family to use the contents of a keg over a period of one or more weeks.

An object of my invention therefore is to provide a draft beer dispenser adapted for home use or for use on small boats and in other similar situations, which will preserve the beer and permit its use over a relatively long period of time.

A further object of my invention is to provide a portable unit which is capable of use wherever electric current is available. 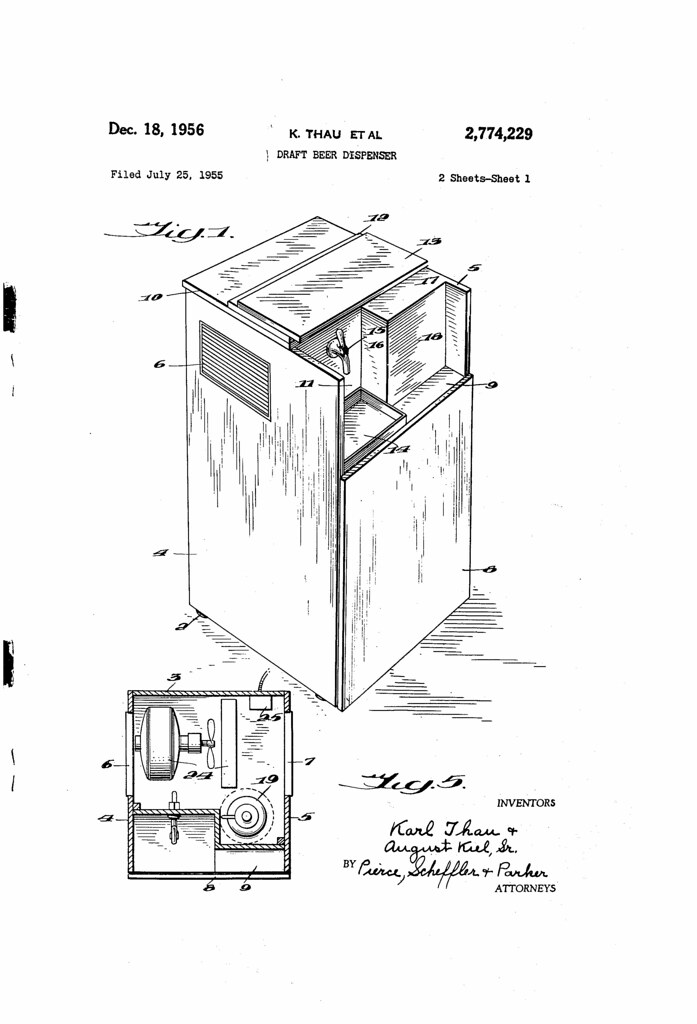 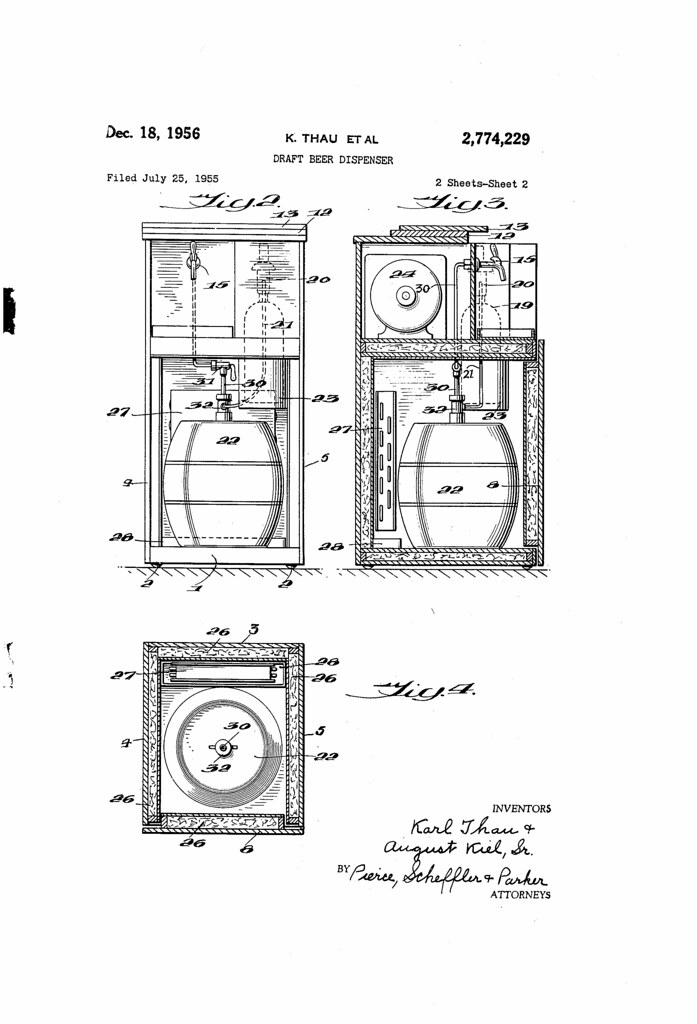