Today in 1959, US Patent 2905183 A was issued, an invention of Fred W. Thurmer, for his “Hop Picking Machine.” There’s no Abstract, although in the description it includes this summary:

This invention relates to the hop picking art, and pertains especially to that step of picking, commonly known as arm picking, which is concerned with breaking down clusters to free the hop flowers from other contained matter-leaves, twigs, and the likeand which is distinguished from a step usually performed in advance of the arm picking, and namely the step of combing or stripping foliage-laden hop vines to divest the latter of substantially all its foliage. The arm-picking procedure has developed separate status within the art inasmuch as it is commonly performed by a separate machine peculiary designed to accomplished the one particular function of picking hop flowers from the branches or arms of the hop vines and separating clustered flowers. 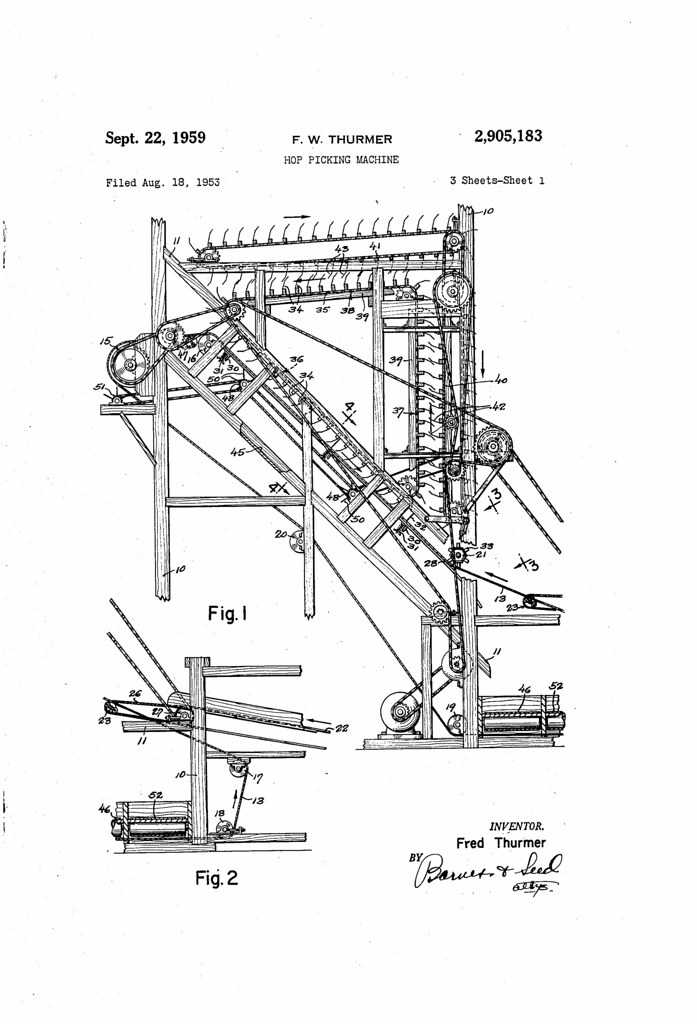 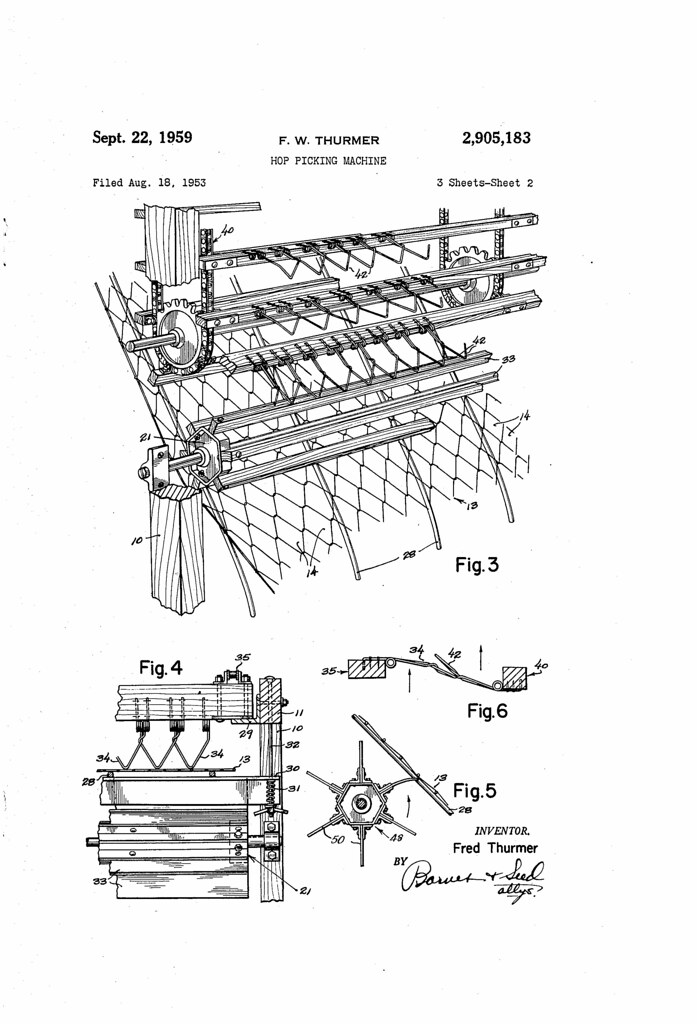 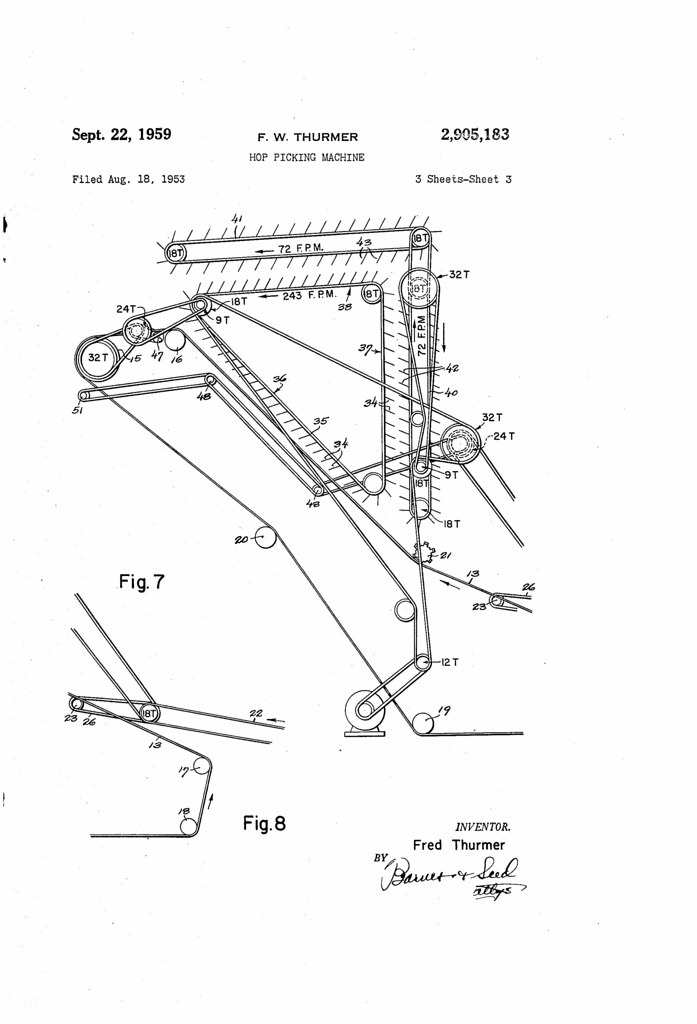