Today in 1961, US Patent 3100707 A was issued, an invention of Raymond L. Mcadam, Richard G. Shaler Jr., and Richard G. Shaler, assigned to the American Tansul Company, for his “Addition of Dry Hectorite to Beer.” There’s no Abstract, although in the description it includes this summary:

Specifically, the invention relates to a new method of “chill-proofing” beer or other beverages by the use of a dry swelling gelling clay of the montmorillonite group and preferably hectorite. When heretofore the clay has been first placed in an aqueous suspension prior to introduction into the beer, the present invention contemplates direct addition of the clay to the beer in dry pulverant form. The results show a surprising increase in yield of beer and excellent product stability. 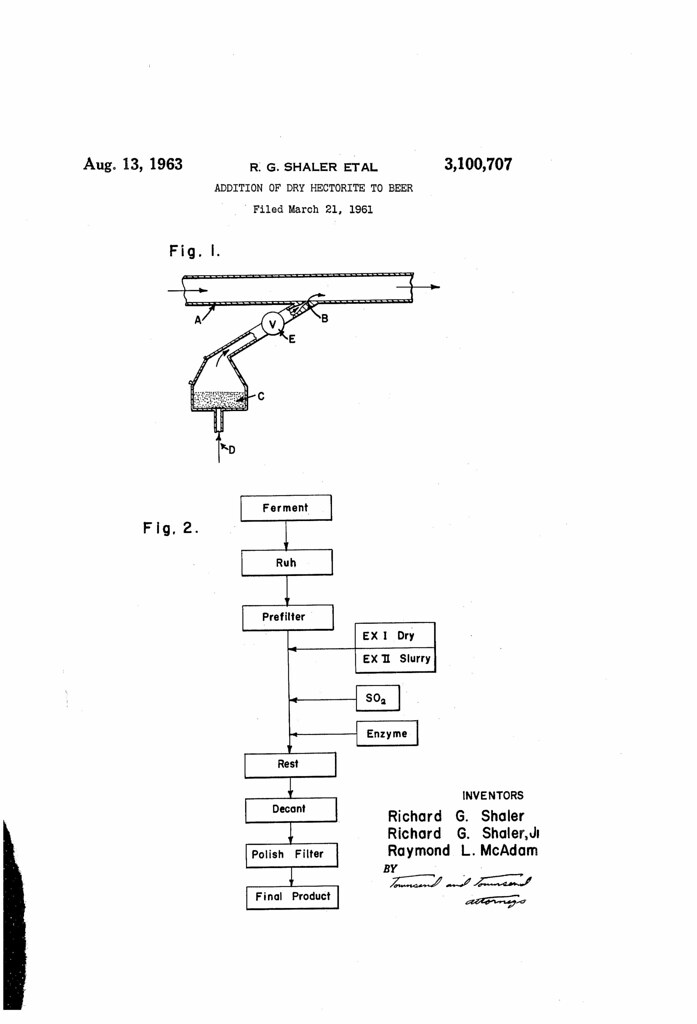