Today in 1965, US Patent 3207605 A was issued, an invention of James R. A. Pollock, assigned to Brewing Patents Ltd., for his “Production Of Beer.” There’s no Abstract, although in the description it includes this summary:

The present invention relates to the production of potable beers and in particular to a process for the fermentation of wort in a semi-continuous manner which results in fermented wort becoming available in batches for further processing.

Processes for the continuous fermentation of wort are known and these processes are capable of producing beer at a very high rate as compared with conventional processes in which batches of wort are fermented with yeast in fermentation vats. Continuous fermentation processes have the disadvantage that they must be continued in operation over weekends and holidays, if the maximum economic advantage is to be obtained from them, and this in turn means that extra storage capacity must be installed in the brewery to hold the excess beer that may build up at such periods.

It is an object of the present invention to provide a brewing process which can readily be shut down when further supplies of fermented wort are not required, but which can at the same time produce beer at a rate comparable to that of known continuous processes.

The present invention provides a process for the production of beer which comprises adding unfermented wort to a body of yeast and either wort or fermented wort, which is subjected to sufficient agitation to maintain the yeast evenly dispersed through the wort, the unfermented wort being added at such rate either continuously or in separate small quantities that at the end of a predetermined time the body of fermenting wort is fermented to a desired degree of attenuation, at least a major part of the fermented wort then being separated from the yeast. Preferably the process is carried out under conditions such that the fermentation stage is completed in about 16 hours, so that a batch of beer may be produced each working day. 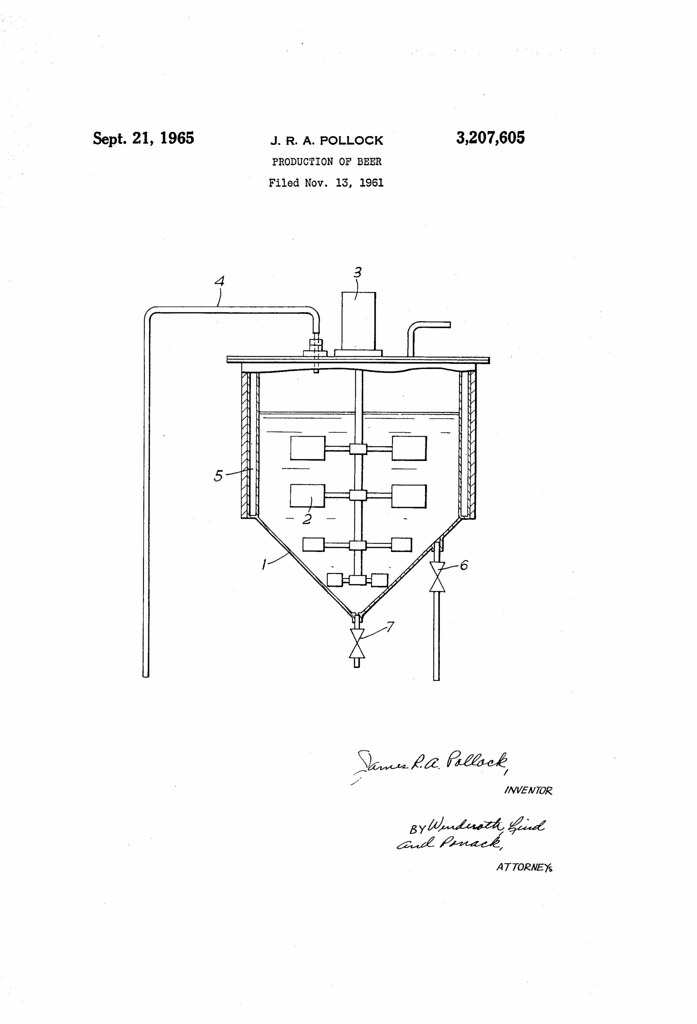