You are here: Home / Beers / Patent No. 3227557A: Continuous Fermentation Process With Sedimentable Microorganisms

Today in 1966, US Patent 3227557 A was issued, an invention of Michael Edward Ash, assigned to Guinness Son & Co. Ltd., for his “Continuous Fermentation Process with Sedimentable Microorganisms.” There’s no Abstract, although in the description it includes this summary:

This invention relates in general to continuous fermentation systems of the kind in which liquid suspensions comprising a dispersion of said fermentable micro-organisms in a liquid substrate of relatively lower specific gravity, are caused to flow through a fermenting vessel or series of vessels.

More specifically, the invention is concerned with a method and apparatus for controlling the relative degree of concentration of micro-organism in substrate as between any two or all of the stages: inflow, vessel and outflow.

In particular, the invention has been developed for use in connection with the continuous fermentation of Erewers wort in a chemostat system.

The invention is however believed to be applicable to any microbiological process in which a sedimentable micro-organism is operated in a nutrient liquid, and is in the form of a mechanical dispersion in liquid nutrient of relatively lower specific gravity, so that in the absence of turbulence, the micro-organism tends to settle at the bottom of the vessel.

It has already been proposed continuously to ferment Brewers wort or other ferment-able substrate in a plurality of sequentially arranged stirred or unstirred vessels, and to separate the fermenting micro-organism (yeast) from the fermented product (beer) by settlement in a separate vessel or in a part of the final fermentation vessel separated from a stirred region by a baffle. 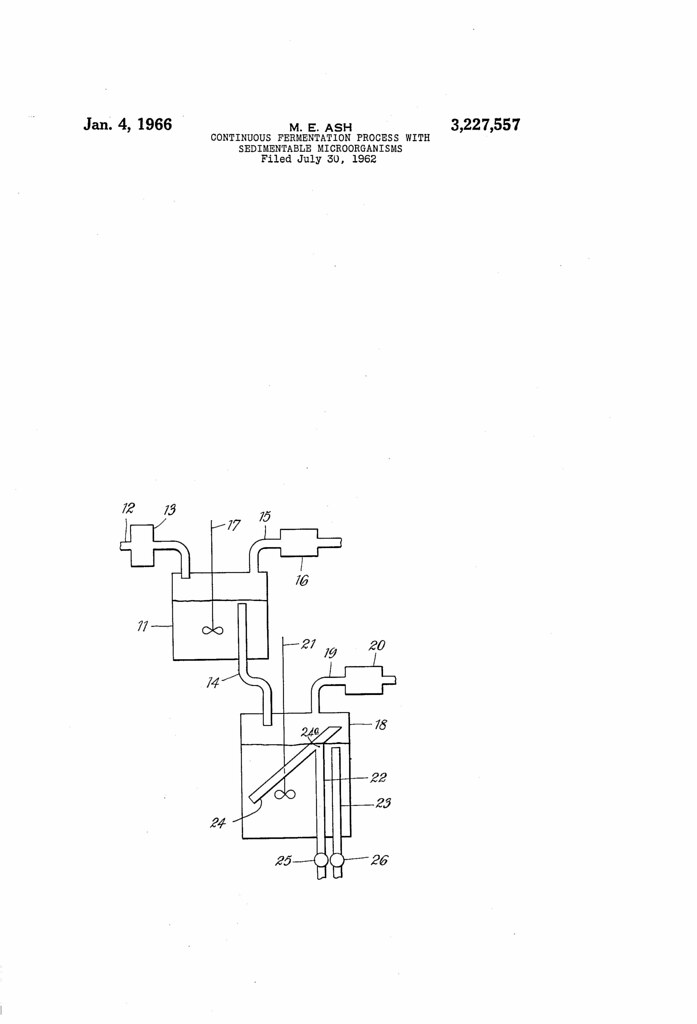