You are here: Home / Beers / Patent No. 3290153A: Process And Apparatus For Concentrating Wort

Today in 1966, US Patent 3290153 A was issued, an invention of Peter D. Bayne and John L. Pahlow, assigned to Schlitz Brewing Co., for his “Process and Apparatus for Concentrating Wort.” There’s no Abstract, although in the description it includes this summary:

The process of the invention, which includes the continuous film evaporation under high temperature and short holding time conditions, prevents degradation or color gain of the wort. On reconstitution, identical or organoleptic properties of the original wort are obtained.

The process of the invention utilizes a continuous flow of wort which is obtained by use of the pair of hot wort settling tanks in combination with the centrifuge so that a continuous supply of wort is available. Thus, it is not necessary to cease openation while waiting for a new batch of wort. l 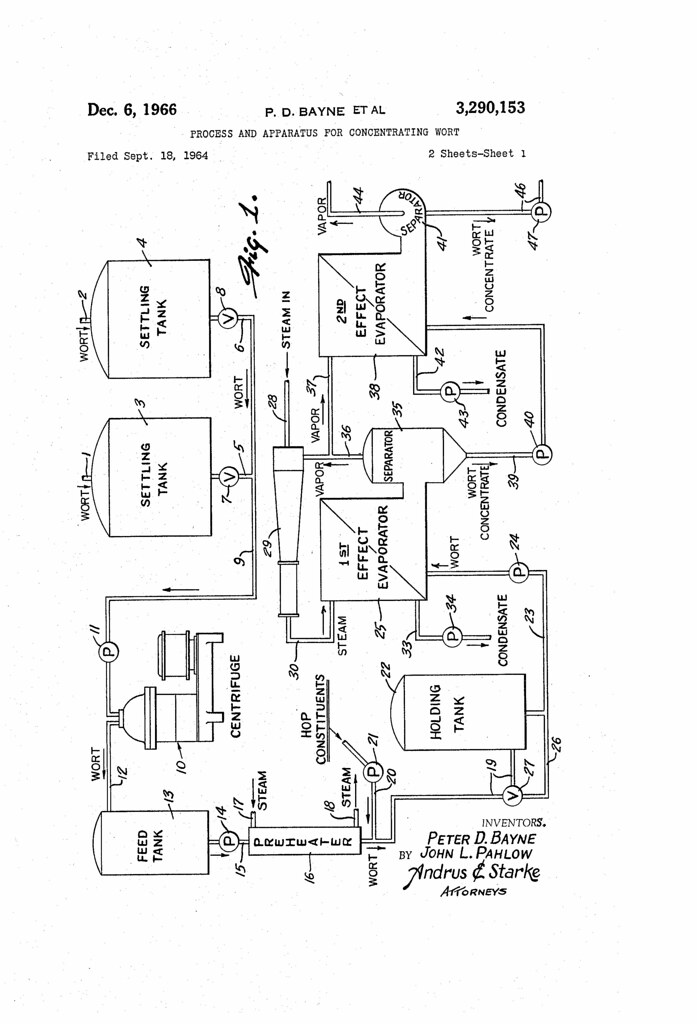 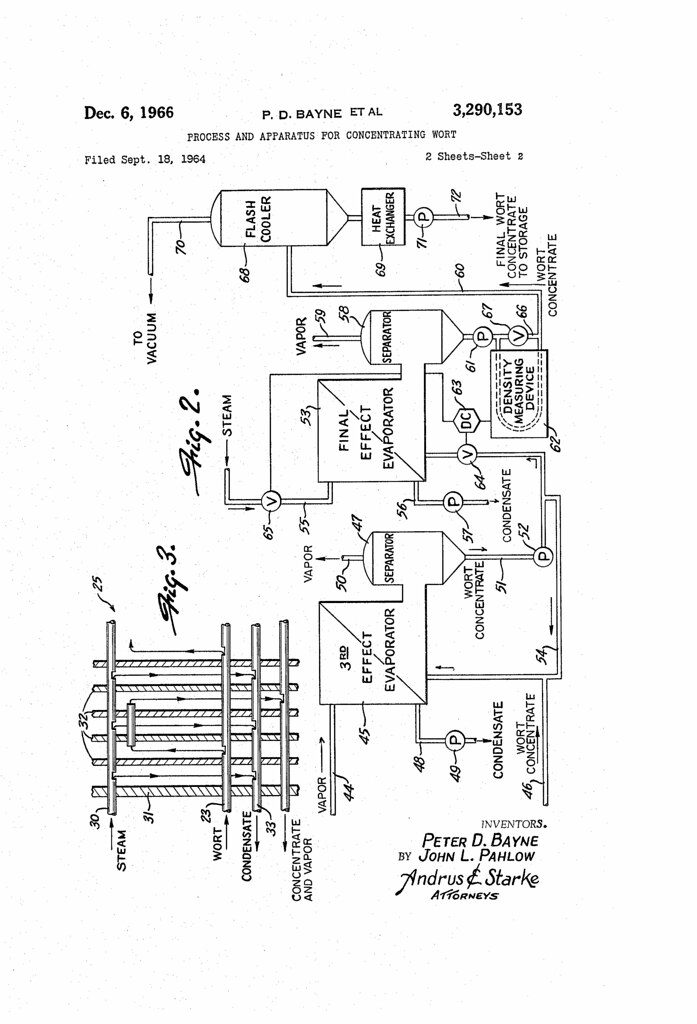