Today in 1968, US Patent 3415654 A was issued, another invention of Robert E. Zinn, assigned to Falstaff Brewing Corp., for his “Deep Vat Fermentation of Beer.” There’s no Abstract, although in the description it includes this summary:

This invention relates to an improved process for making beer, and to apparatus for carrying out the process. By the term beer is meant the various fermented malt beverages commonly included within that term, e.g., lager, ale, bock, porter, and stout. The fermentation of malt beverages is similar in many respects to fermentations in general; however, the consumption of the product by humans to satisfy thirst and for pleasure imposes unique and severe organoleptic criteria on the product.

It has now been found, in accordance with the present invention, that the fermentation of beer, to produce a highly acceptable product, can be carried out advantageously without the use of cellars and in thermally insulated and temperature-controlled individual tanks which provide the requisite greater beer depth and thus the greater foam depth. Despite the greater static pressure in the brew at these greater depths, the normal course of yeast-wort fermentation can unexpectedly be achieved, although hitherto it has generally been considered impossible or undesirable. Additionally, a volume of fermenting beer confined to a deep tank has a smaller surface area exposed to air than the same volume in a shallow tank. Preferably, the reciprocal ratio of surface area to the volume of liquid should be at least 20, and may exceed 60 or more. It will be noted that depth alone controls the surface area to volume ratio of the beer liquid.

A principal object of the present invention is therefore to provide a method of and apparatus for deep fermentation of beer with improved control of foam removal.

The object of this invention is attained by providing one or more deep fermentation tanks or fermenters of sufficient size to provide a beer depth of at least 20 feet, each tank being jacketed with suitable temperature control means adequate to assure the desired temperatures within the tanks. These tanks are supplied with wort and yeast and other conventional ingredients prepared in the usual fashion for supplying to beer fermentation tanks. Provisions are also made for thoroughly mixing the ingredients as fed to the fermentation tanks, and preferably also for circulation of the contents of such tanks during fermentation, so that the yeast may be effectively distributed throughout the fermenting mass to provide complete uniformity, thus assisting in assuring desired taste characteristics of the fermented product. Each fermenter is provided with means for selectively removing foam from the brew surface. 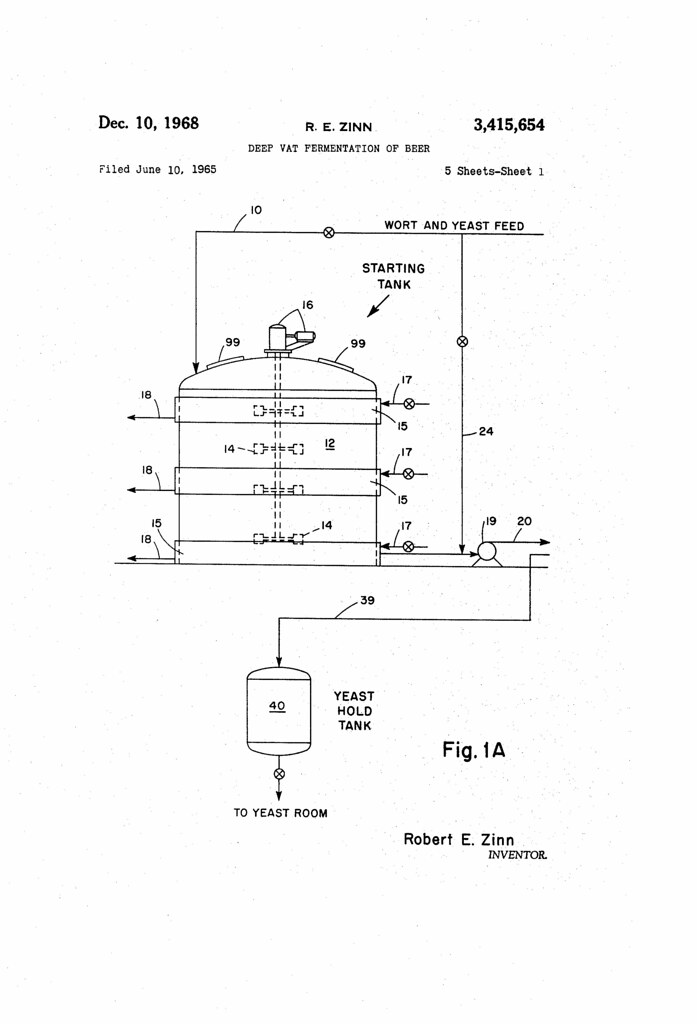 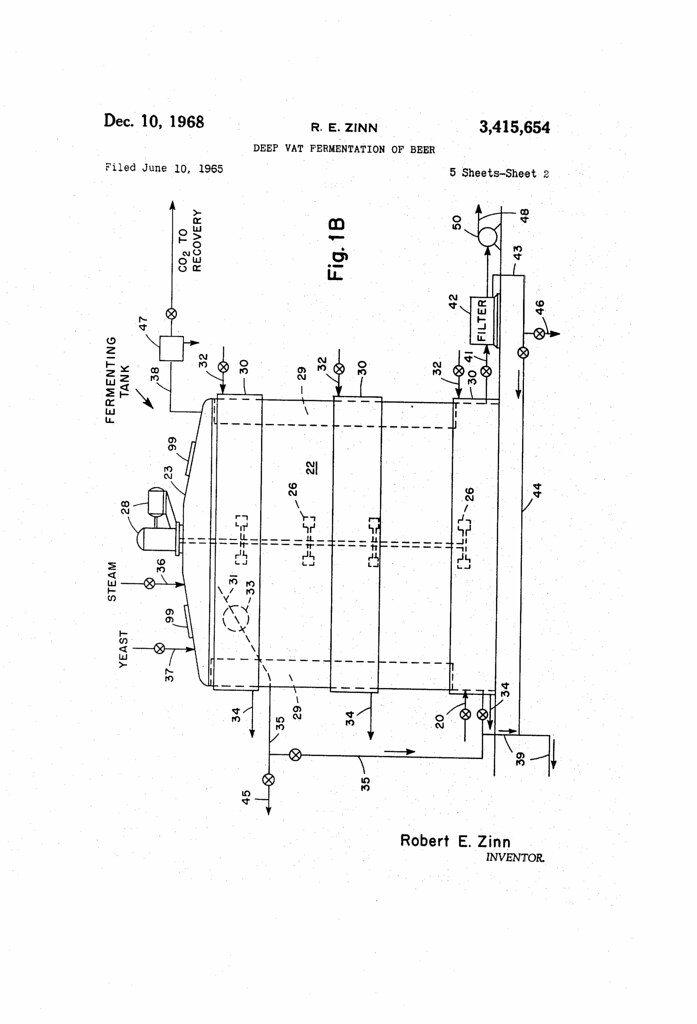 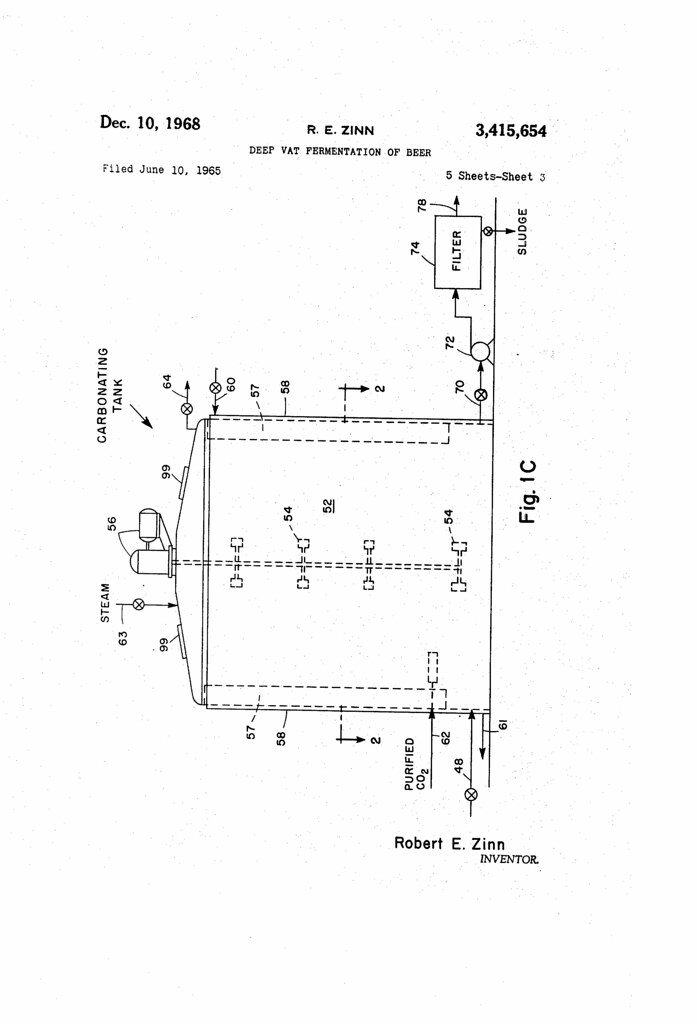 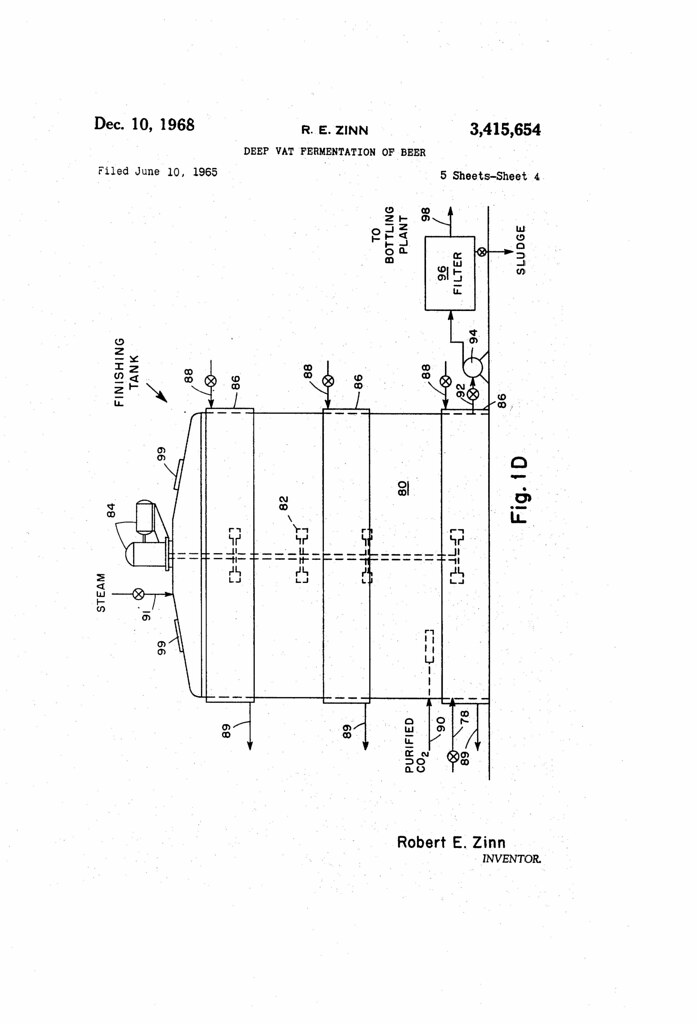